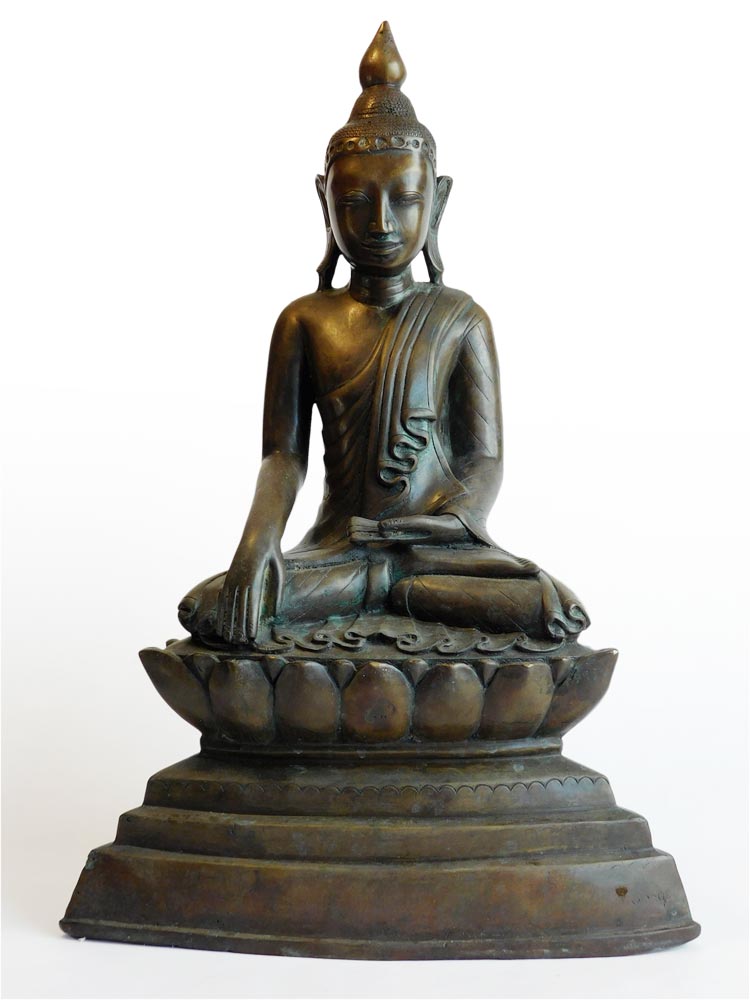 Antique Burmese Bronze Statue
An antique bronze Buddha Shakyamuni, the historic Buddha at the moment of his enlightenment, in which he called the earth to witness his illumination. Dressed in a Theravada double Sanghati monk robe, the Buddha is seated in a meditation pose above a six-tiers lotus pedestal. His right hand is in the earth-touching bhumisparsa mudra, indicated his realization of the conventional and ultimate truths. With the Sukhothai Buddhas' simplicity and elegance, this Burmese Buddha's handsome appearance and refinement are singular. The large bronze is subtly realized with a spiritual essence in an unshakable equipoise. It radiates with sublime energy found only in ancient statues that were formally consecrated in a ritual called Buddhabhiseka, or Kaiguang (開光; opening the light). Aside from a Thin crack line on Ushnisha, this compelling bronze statue is in excellent condition. 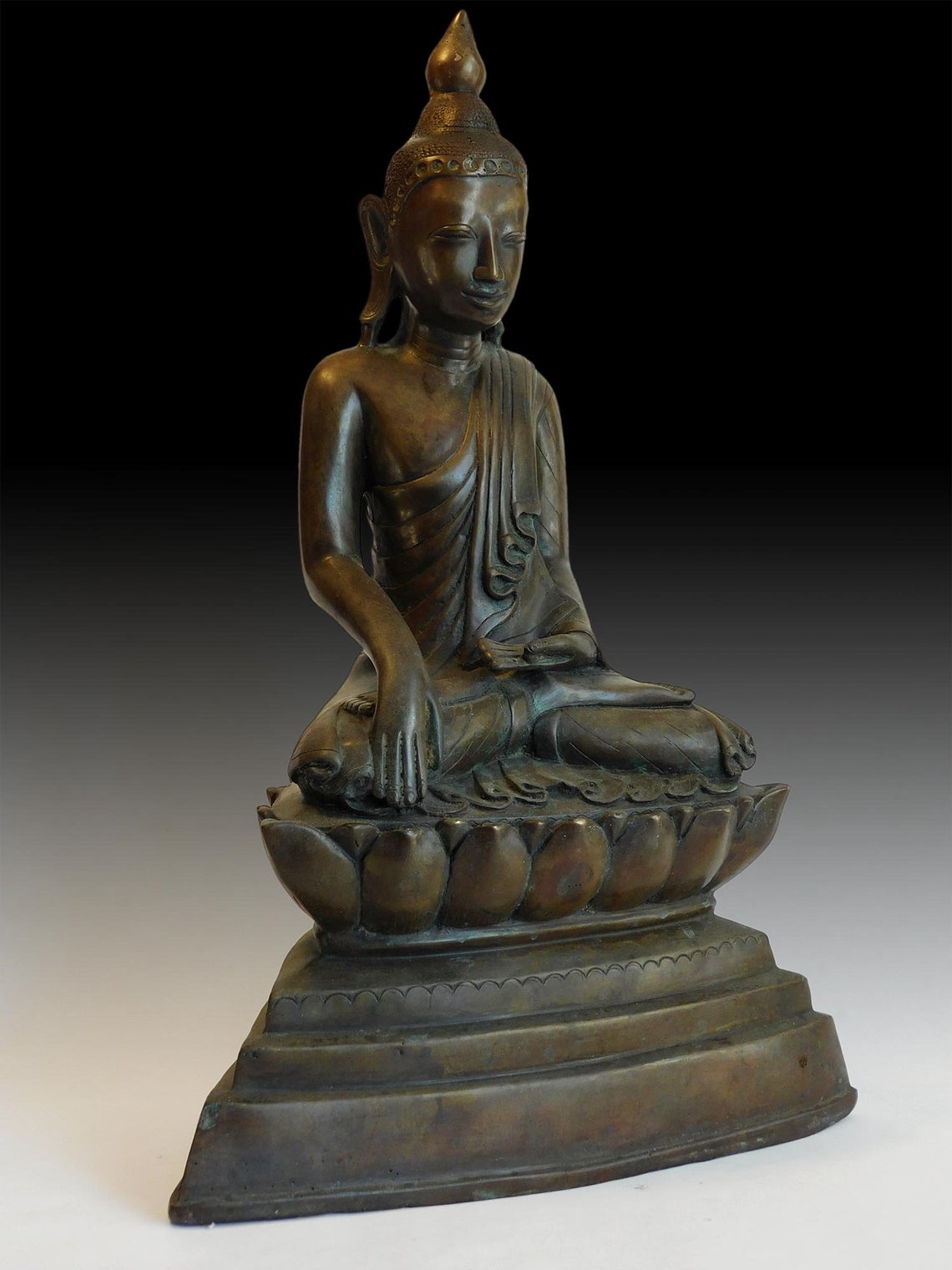 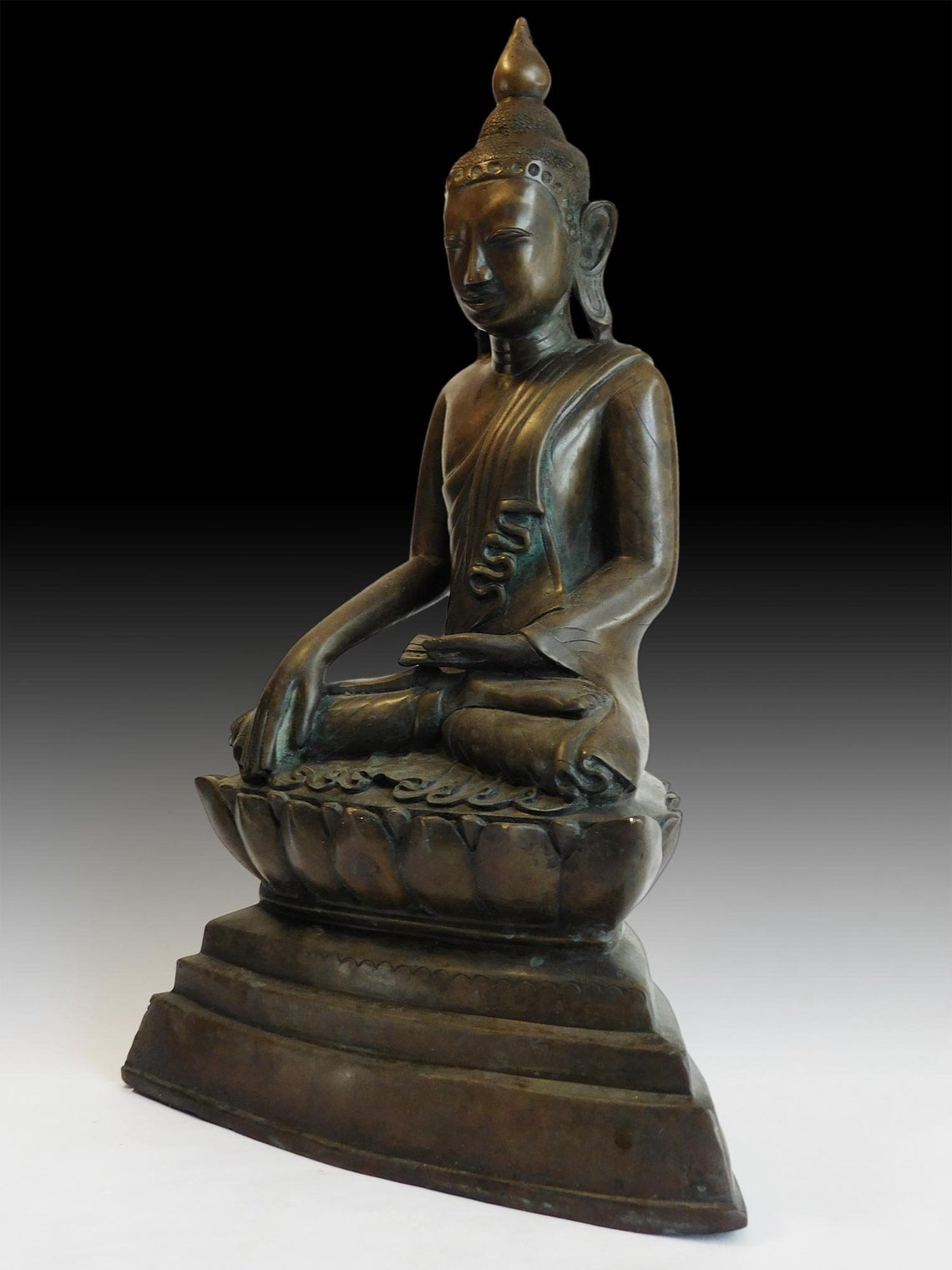 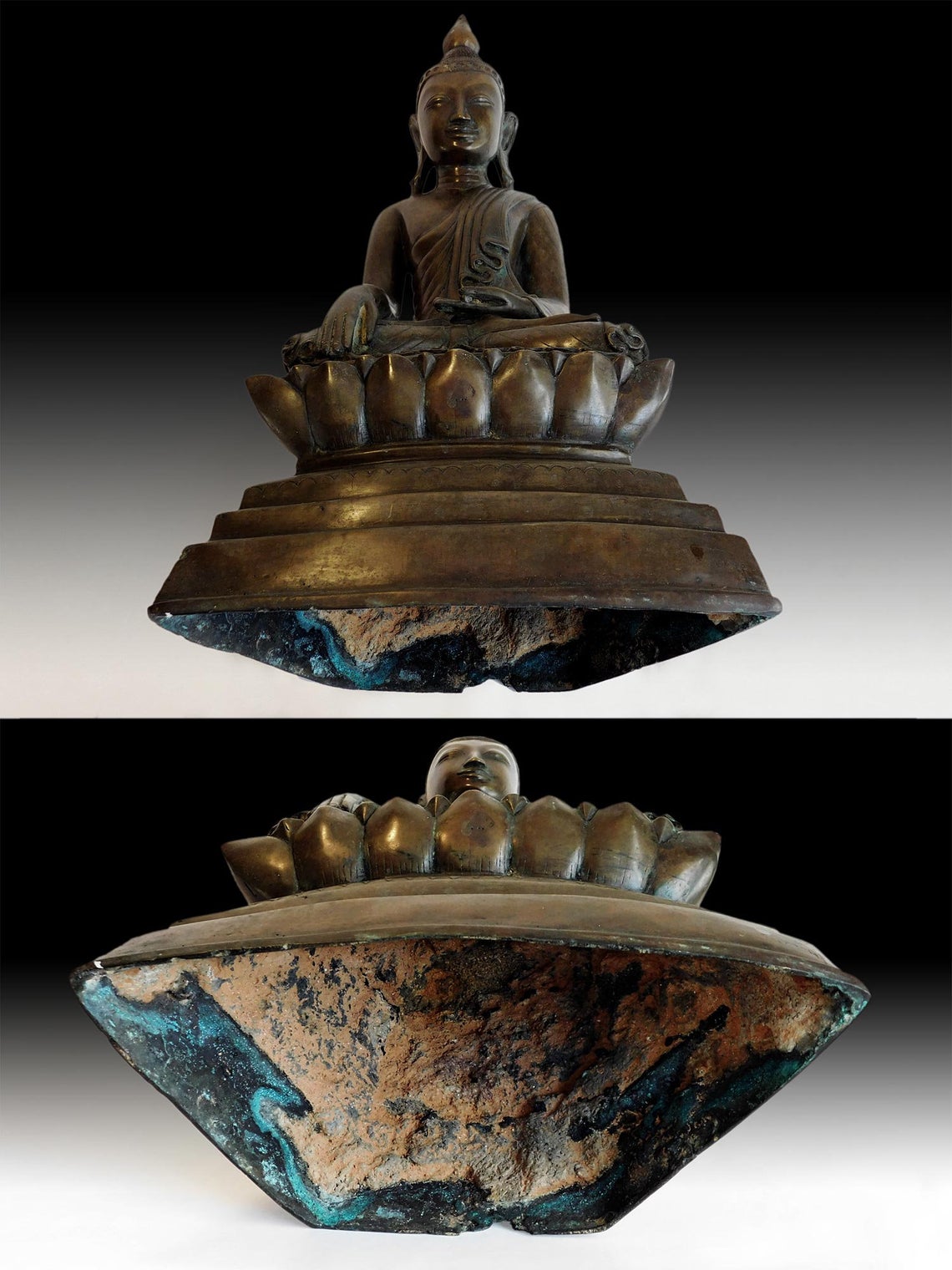 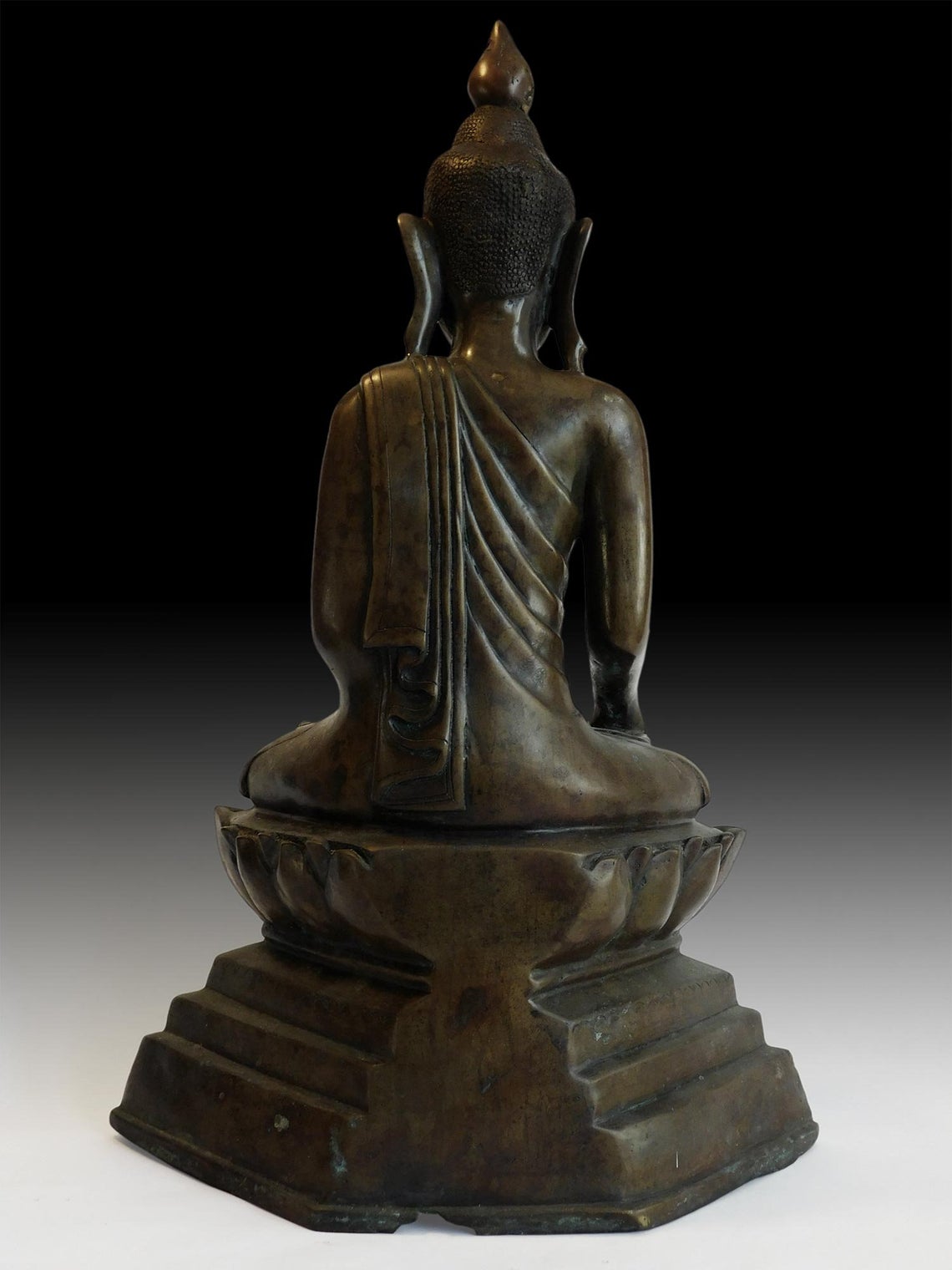 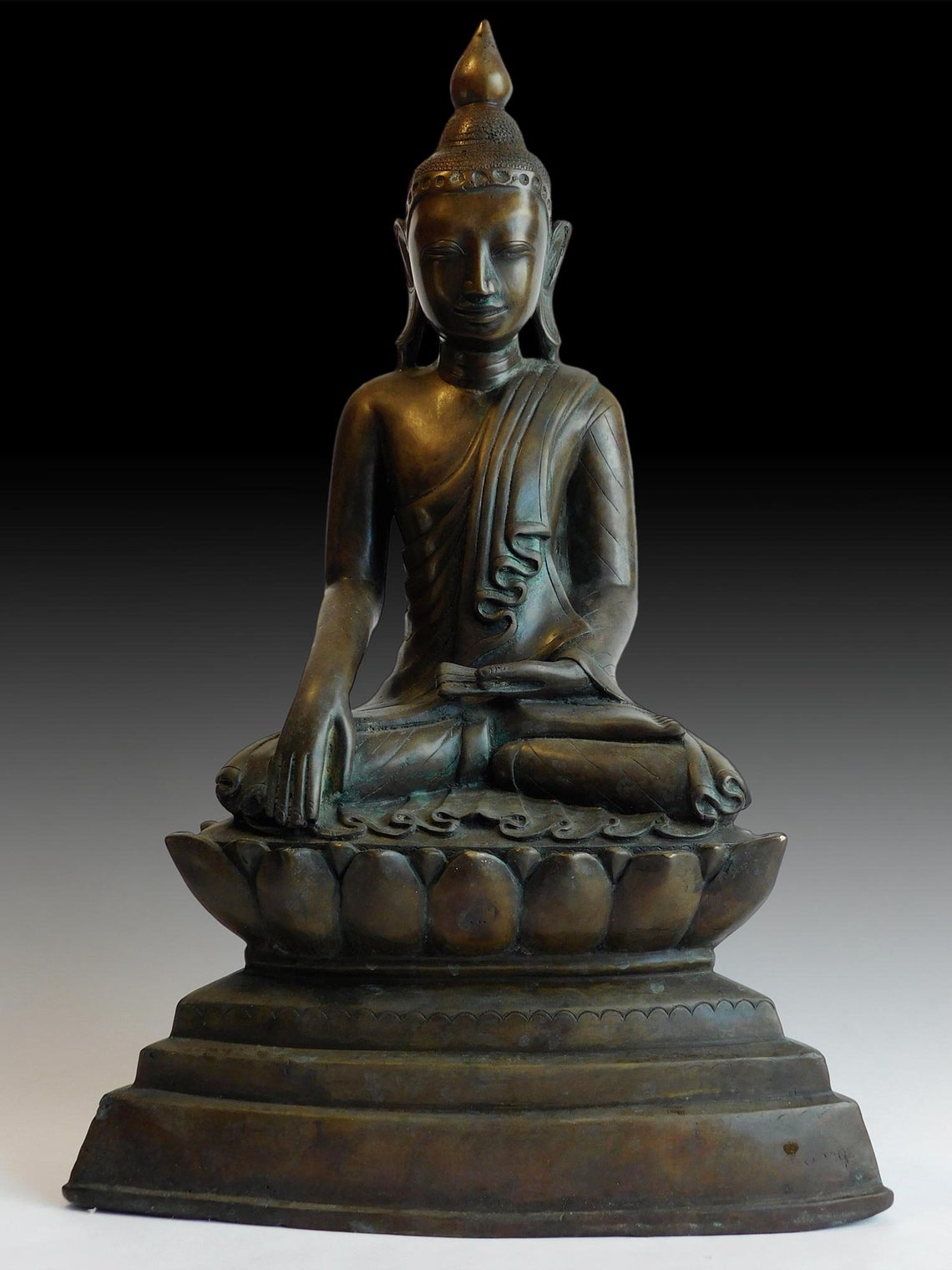 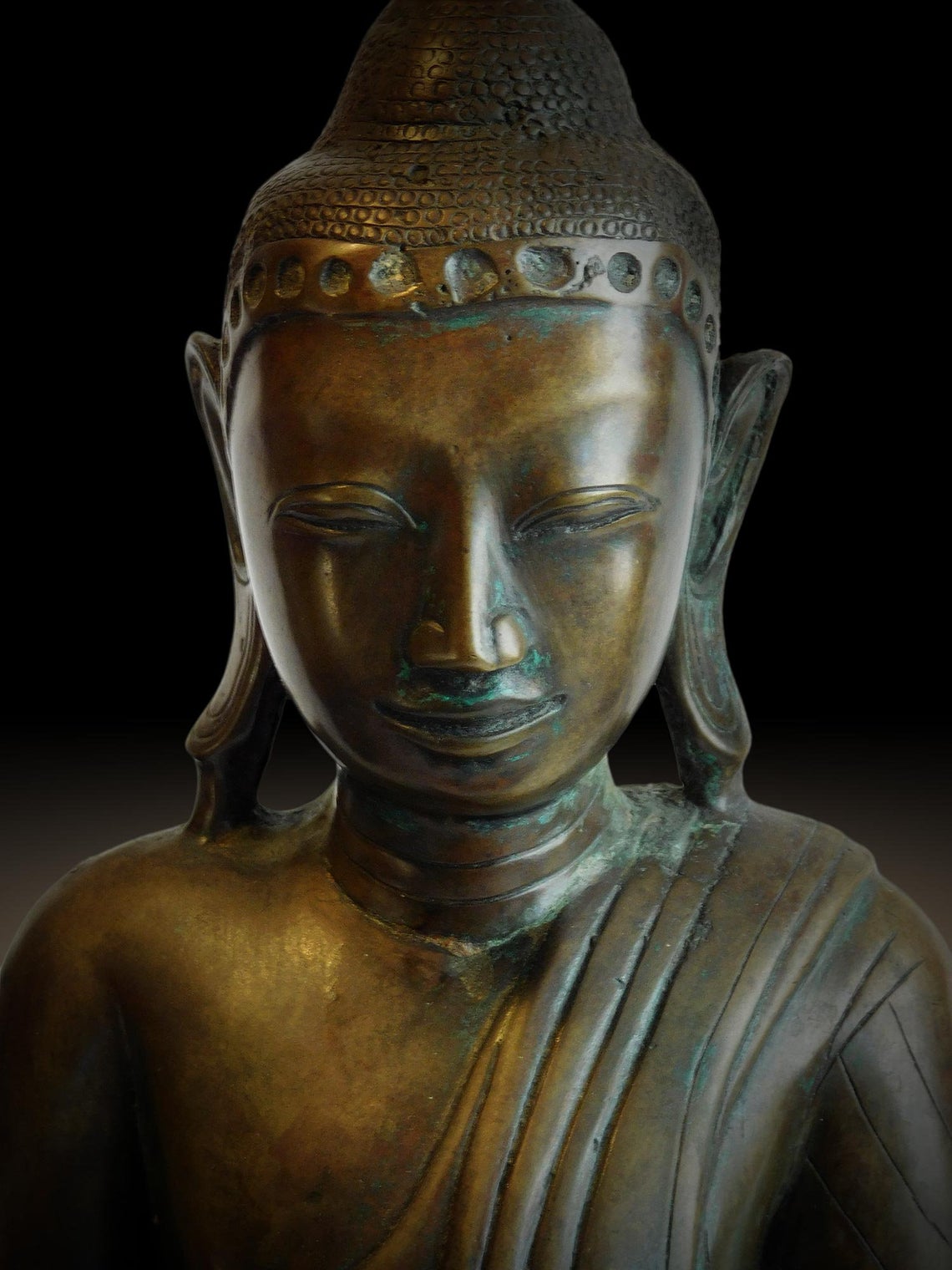