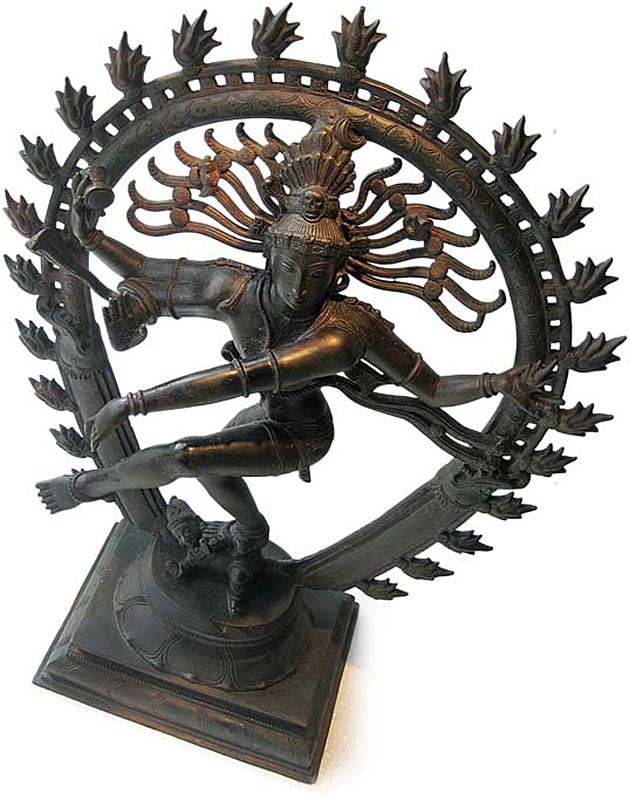 Antique Hindu Temple Bronze Repousse Plaque
This finally wrought 19th century antique Indian bronze depicts Siva Nataraja in the sacred dance of universal creation and destruction. For all cycles, all mortal lives and civilizations, all universes come into existence and come to an end. It is Shiva as Nataraj, Mahakala (Great Lord of Time) who ignites the dissolution and creation of the universe at the beginning and end of cycles. His dance is dynamic and uncontrollably wild as he moves through the 108 forms and movements. In his upper hand Natarajs holds a drum shaped like an hourglass the damaru. His upper left hand signifies Agni fire or destruction. The opposing concepts in the upper hands show the counterpoise of creation and destruction. A cobra uncoils from his lower right forearm, and the crescent moon and a skull are on his crest. Shiva dances within a ferocious arch of flames and stands atop a dwarf that is representative of the dissolution of ignorance. His countenance is lucid calm: stillness amongst movement. This 19th century Indian bronze,molded through the lost wax process exhibits exquisite detail the perfect counterpoint to the strength and cosmic dynamism of this deity. As Shiva is dynamic, he is still a fusion of opposites on cosmic scale. (SD) 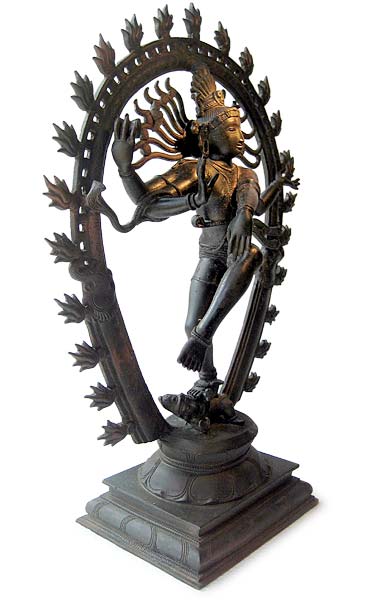 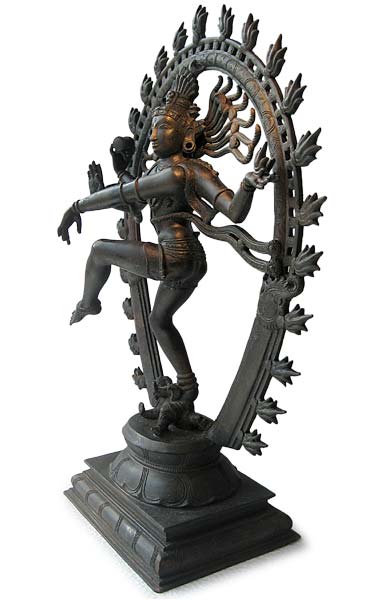 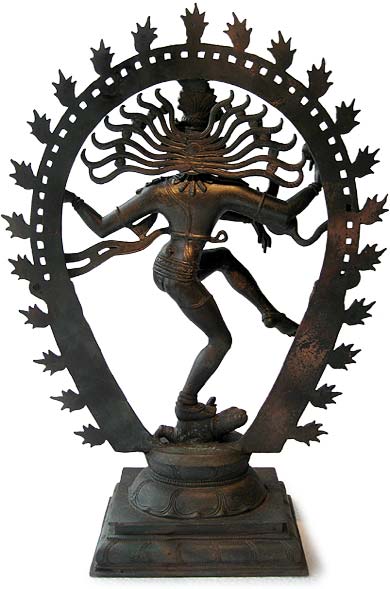 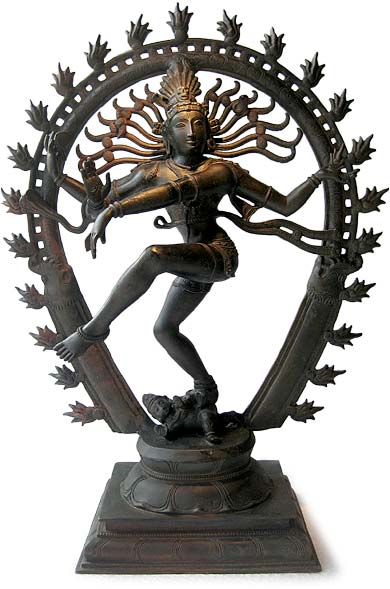