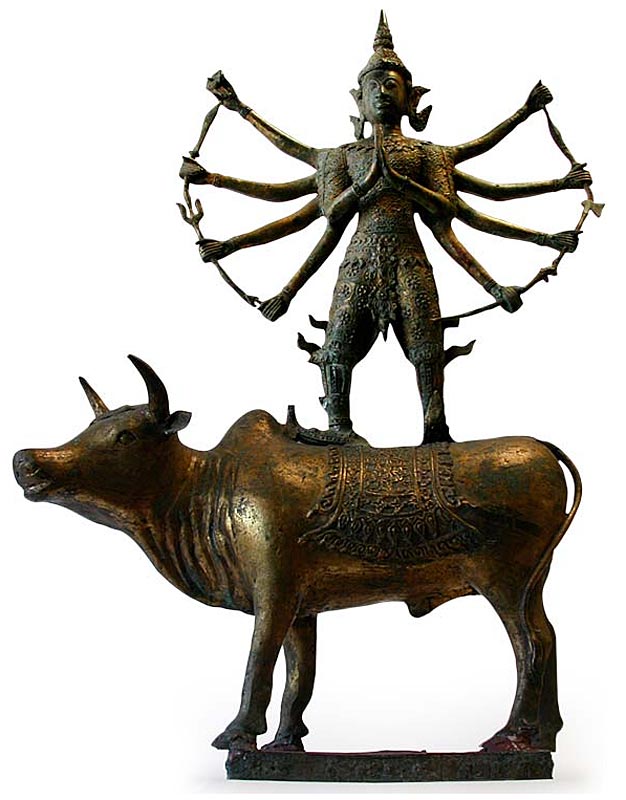 Antique Thai Bronze Buddha
A large and splendid bronze Shiva, in classic Ayutthaya style dating back to the 15th-18th century, well-cast and highly detailed with raised ornamentation of floral and foliate forms, adornments of jeweled necklaces, girdle and crown of flames, with flames rising from his body, his two front hands clasped in devotional gesture, his feet placed firmly apart as he stands on the bull, Nandi. Most of the allover gilding remains, lending warmth and luminosity. Shiva holds in his eight extended arms the attributes associated with his cosmic activities: the trident, axe, sword, knife, disk and goad. 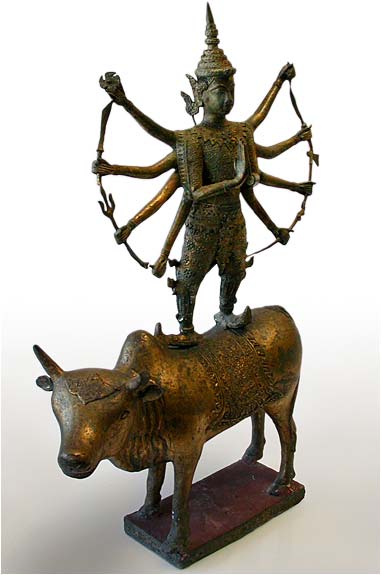 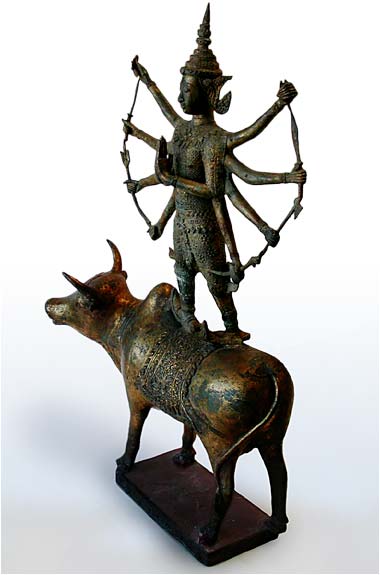 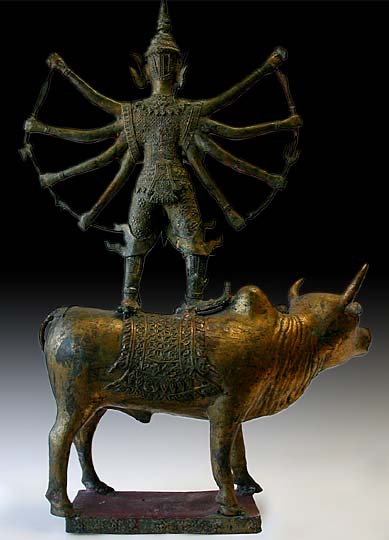 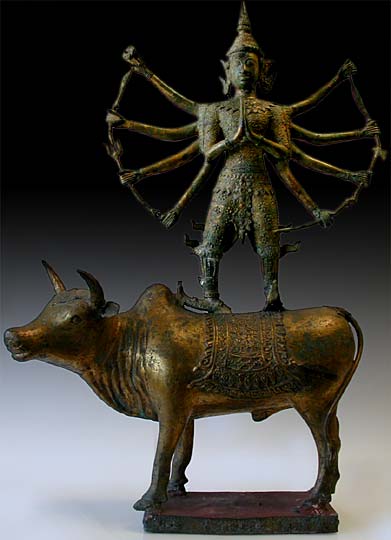 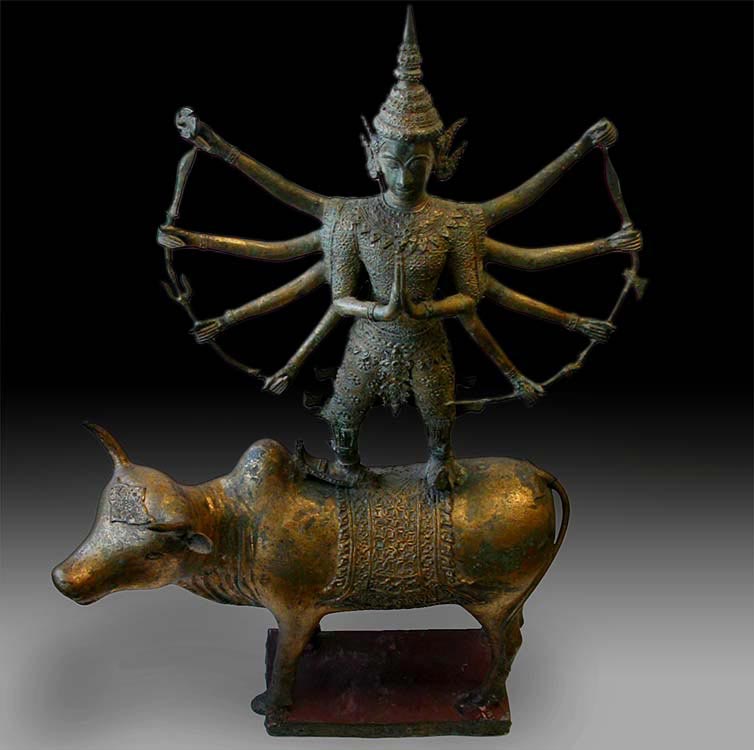