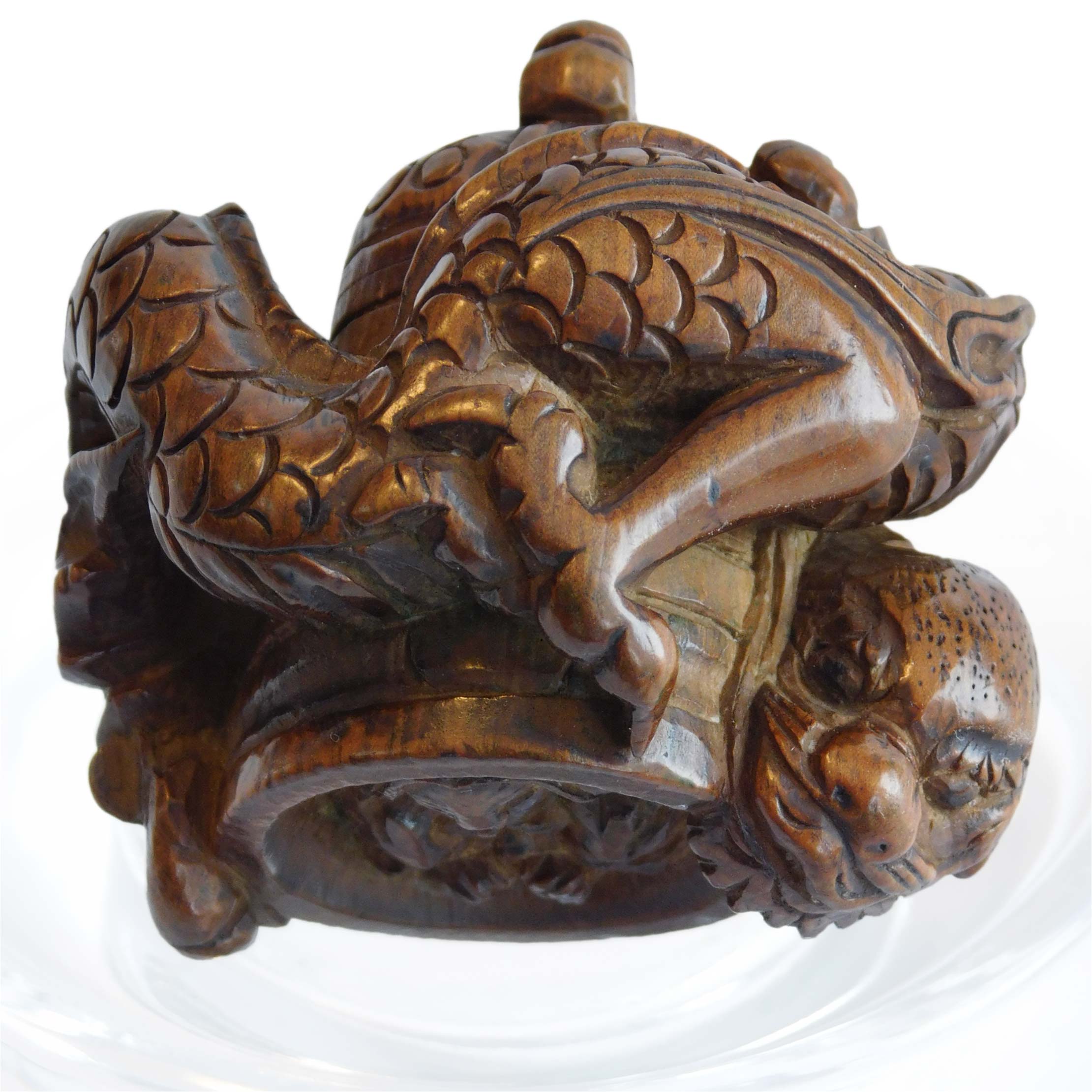 Antique Japanese Wood Netsuke
A well carved early 20th-century wood netsuke, in bold strokes and fine details, portraying the dramatic scene in the Kabuki Dance drama "Masume Dojoji." Portraying a possessive She-Demon transformed into a furious dragon-like serpent, draping on the iron bell for the terrified young monk hiding inside. The desirous Demon Hannya is the accursed Kiyohime, an innkeeper's daughter. She fell passionately in love with the monk Anchin of Dojoji Monastery. The good monk warded off temptation, which incensed Kiyohime and turned her passion into hatred. Kiyohime's fury made her demonic, and she caused the monk to hide under a six-foot iron temple bell. As spite withered her beauty, she became that of a hideous witch; her body grew scales, and she transformed into a huge serpent encircling the bell with the flame passion. When the bell lifted, all that remained of Anchin was a pile of white ashes. 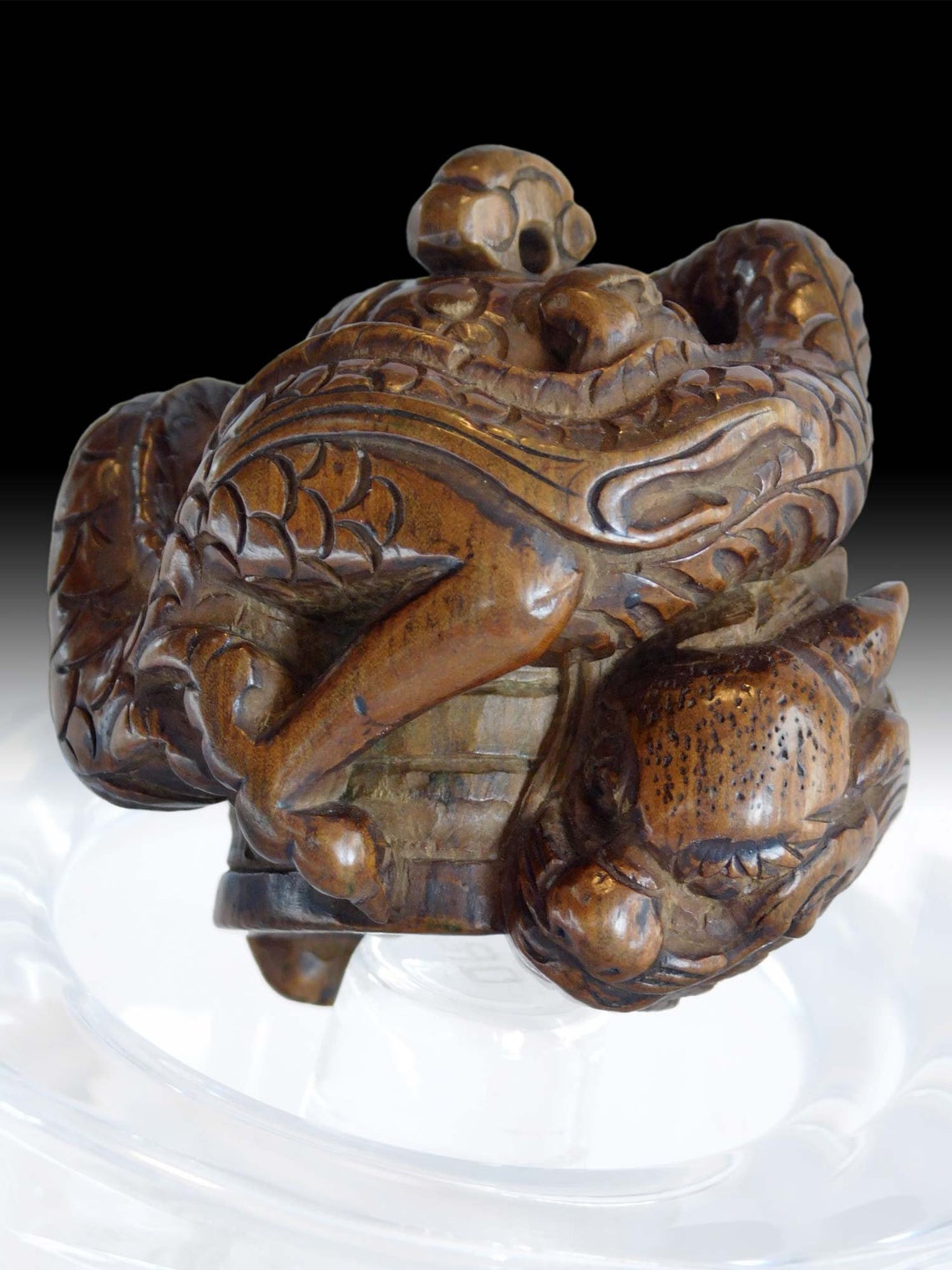 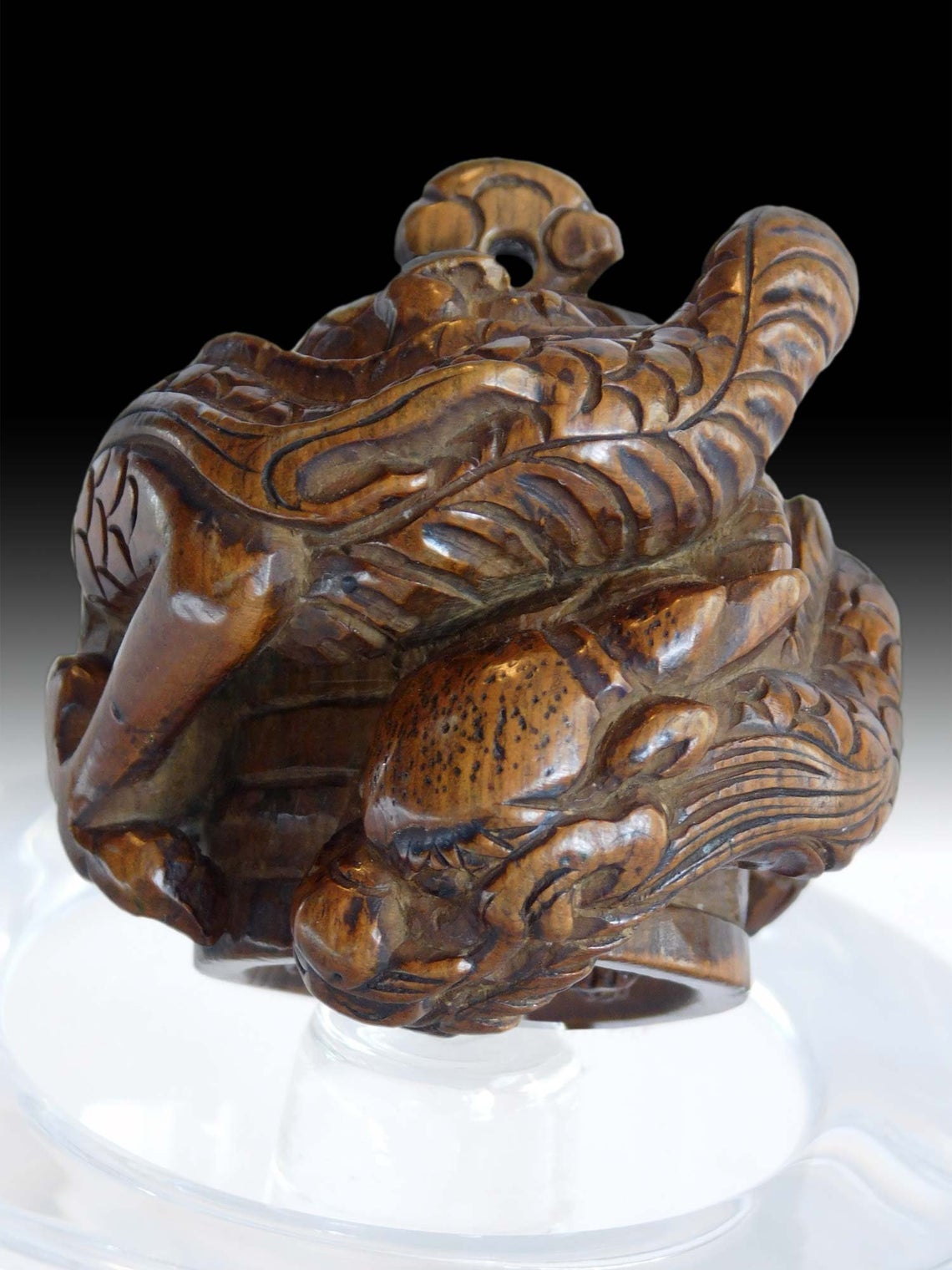 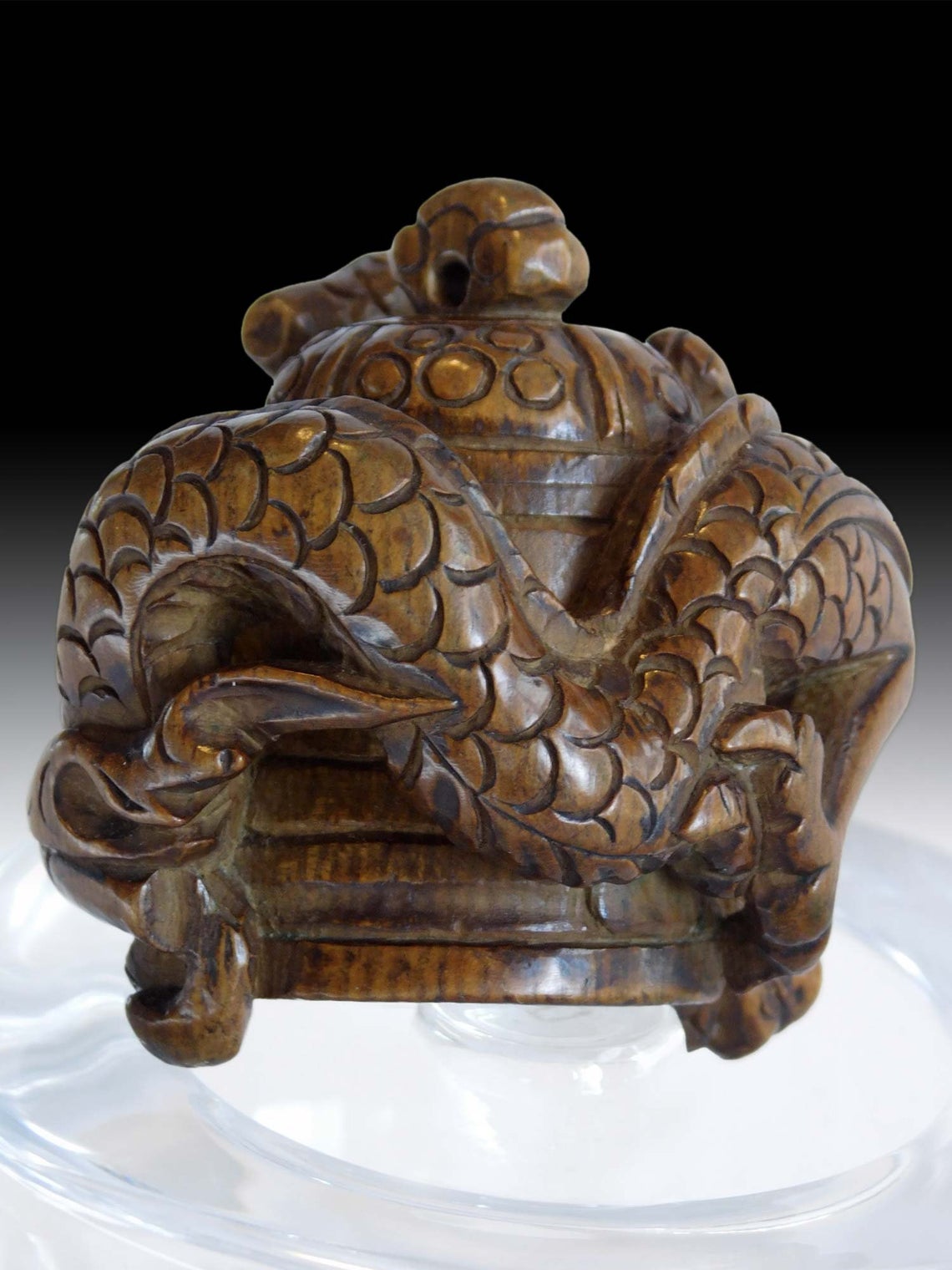 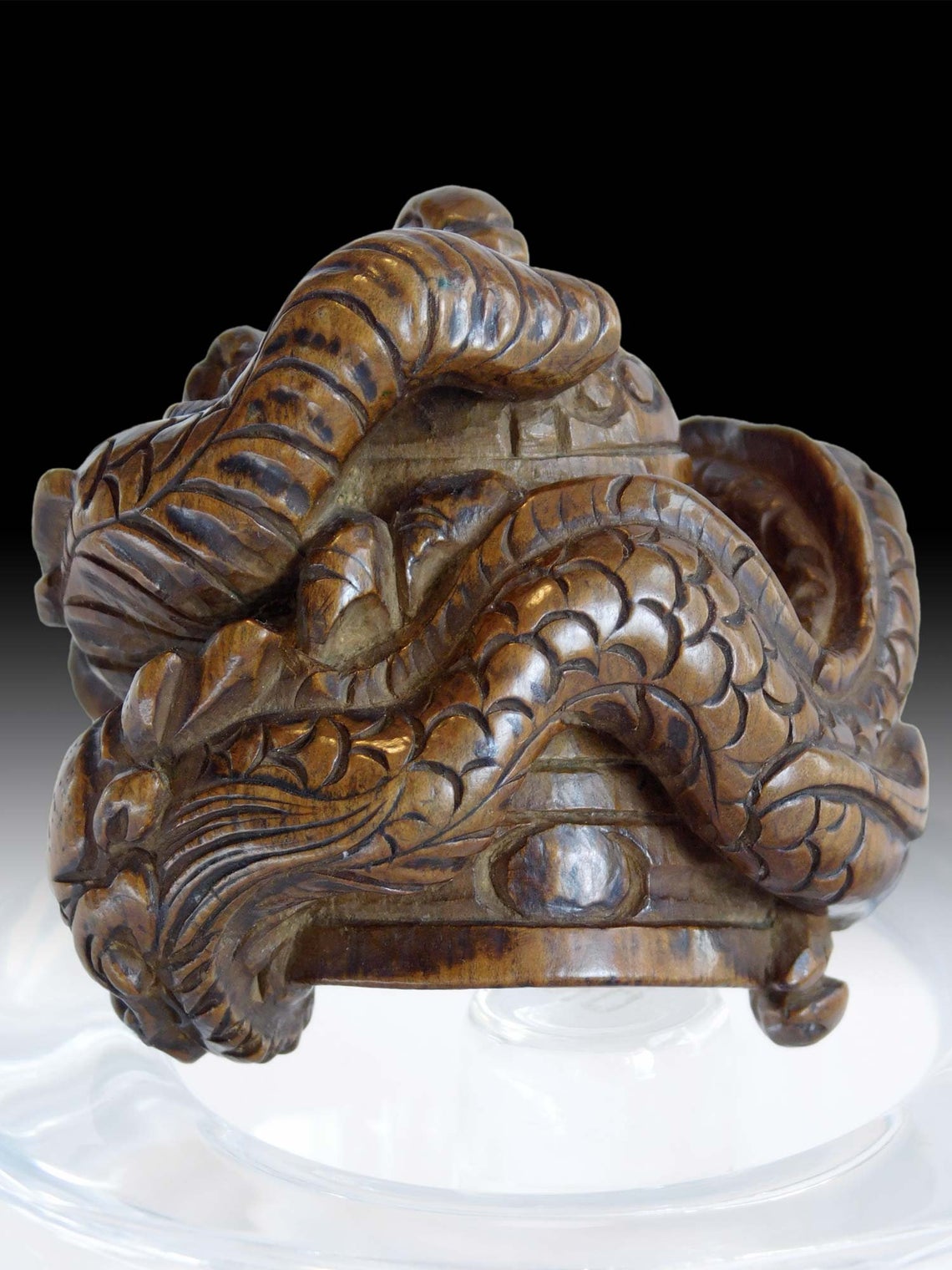 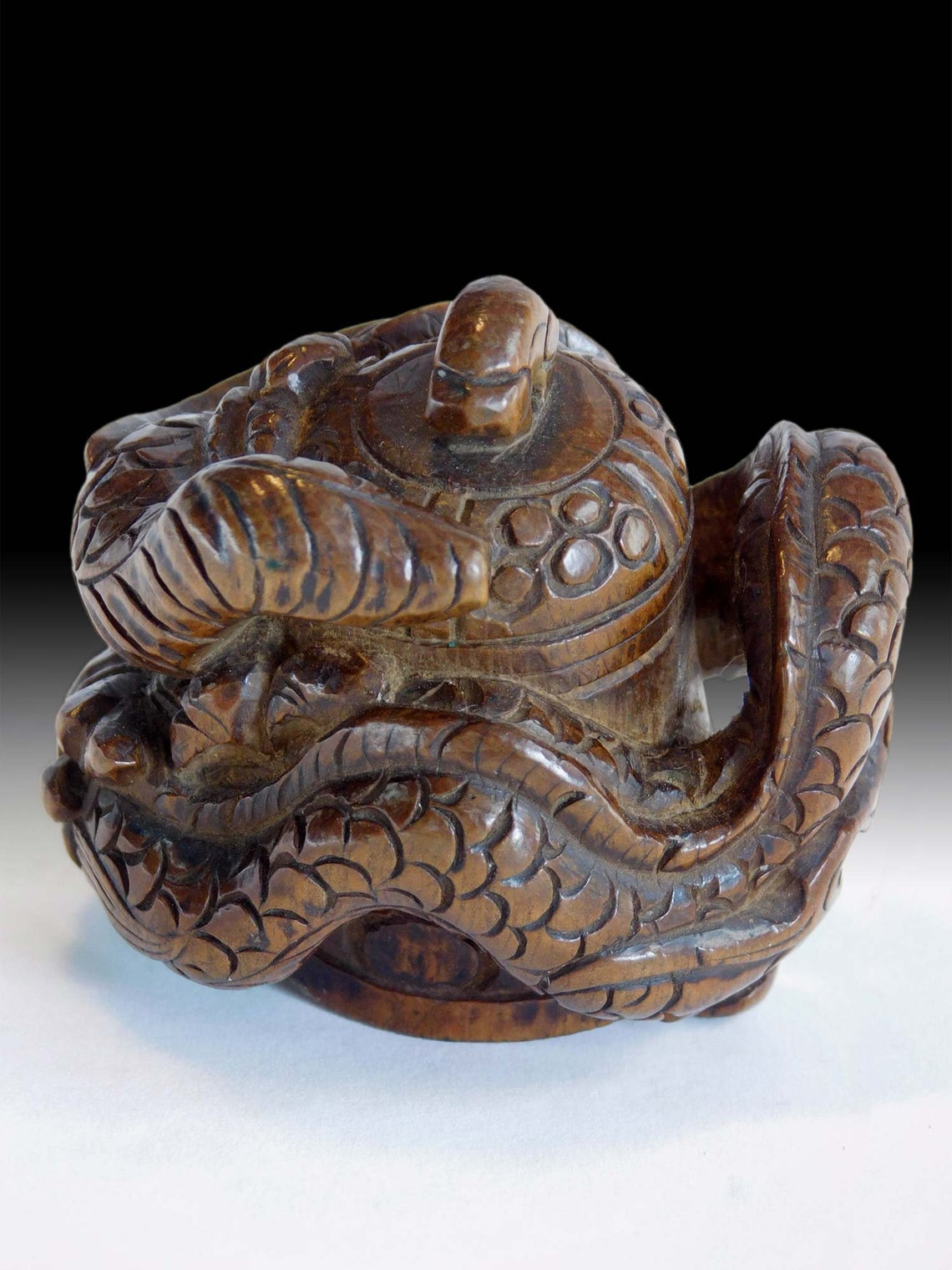 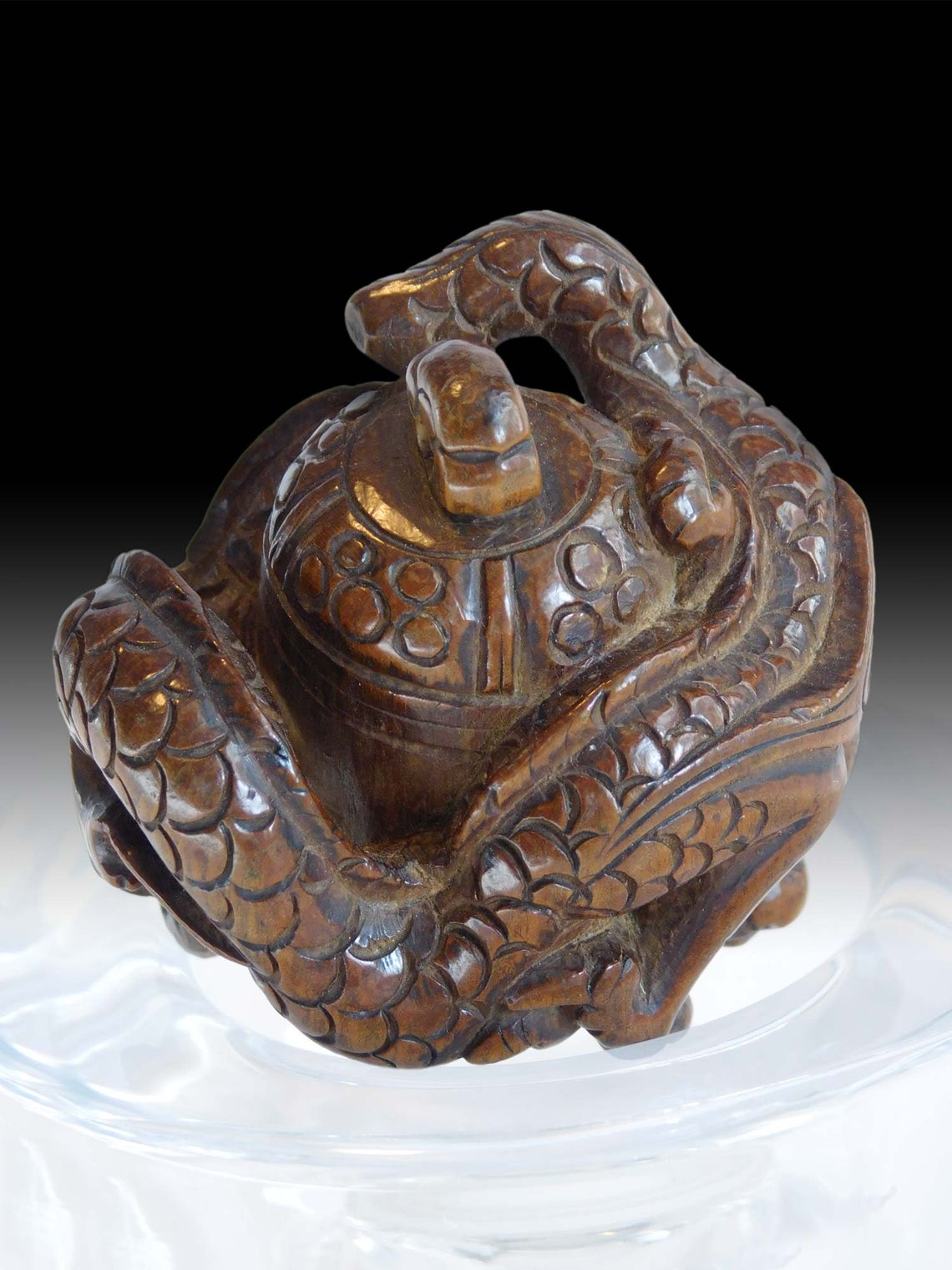 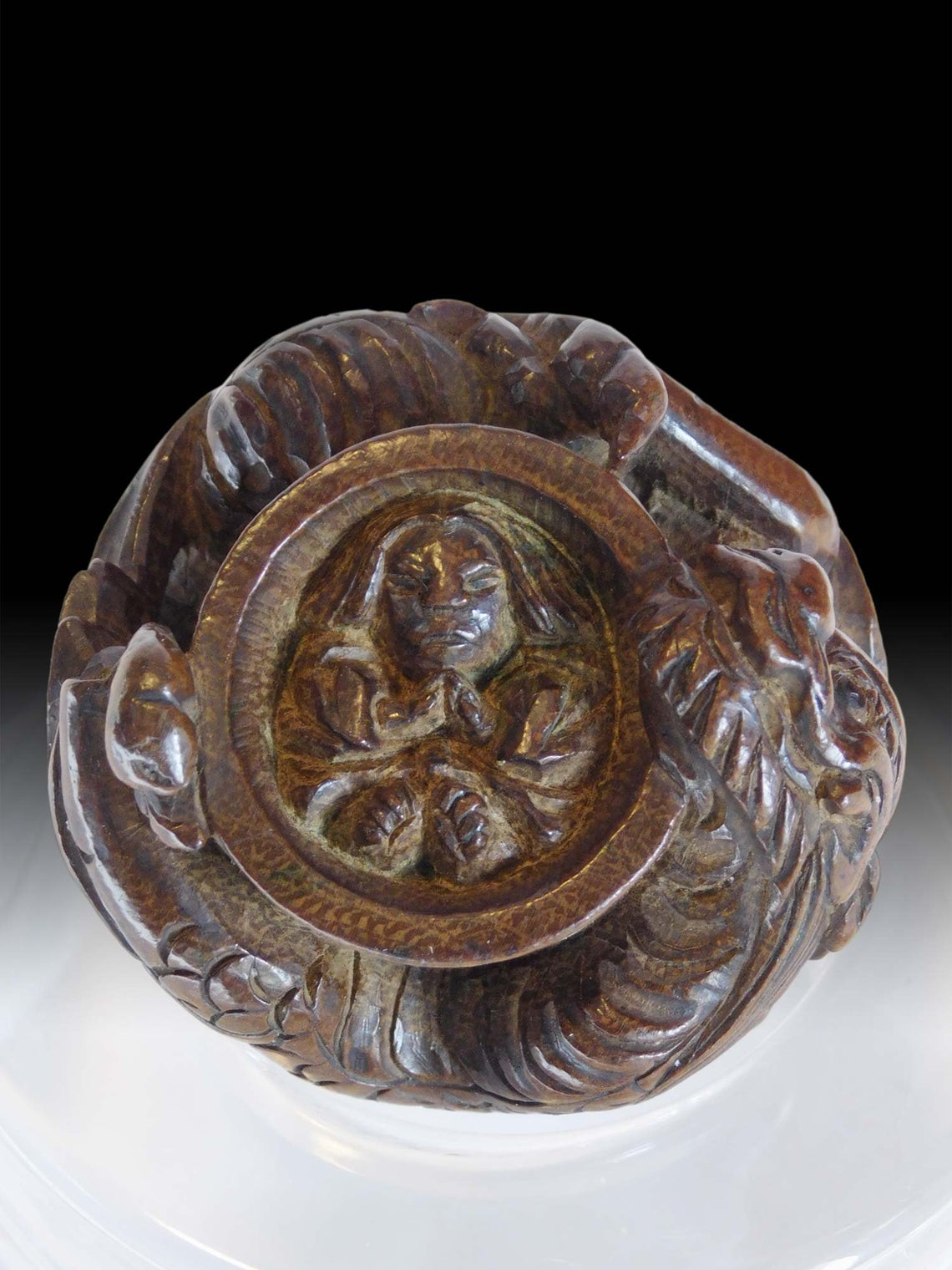 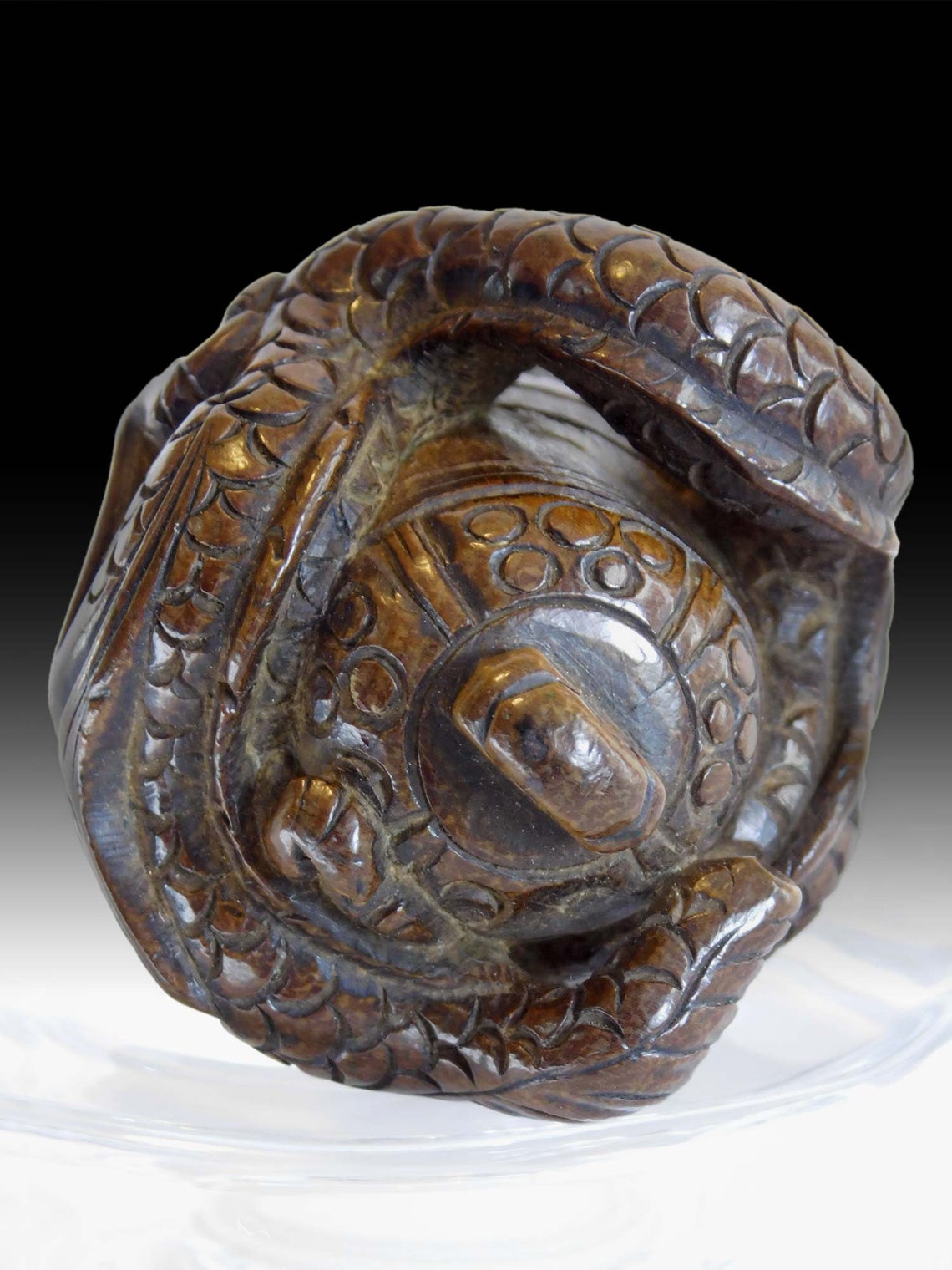