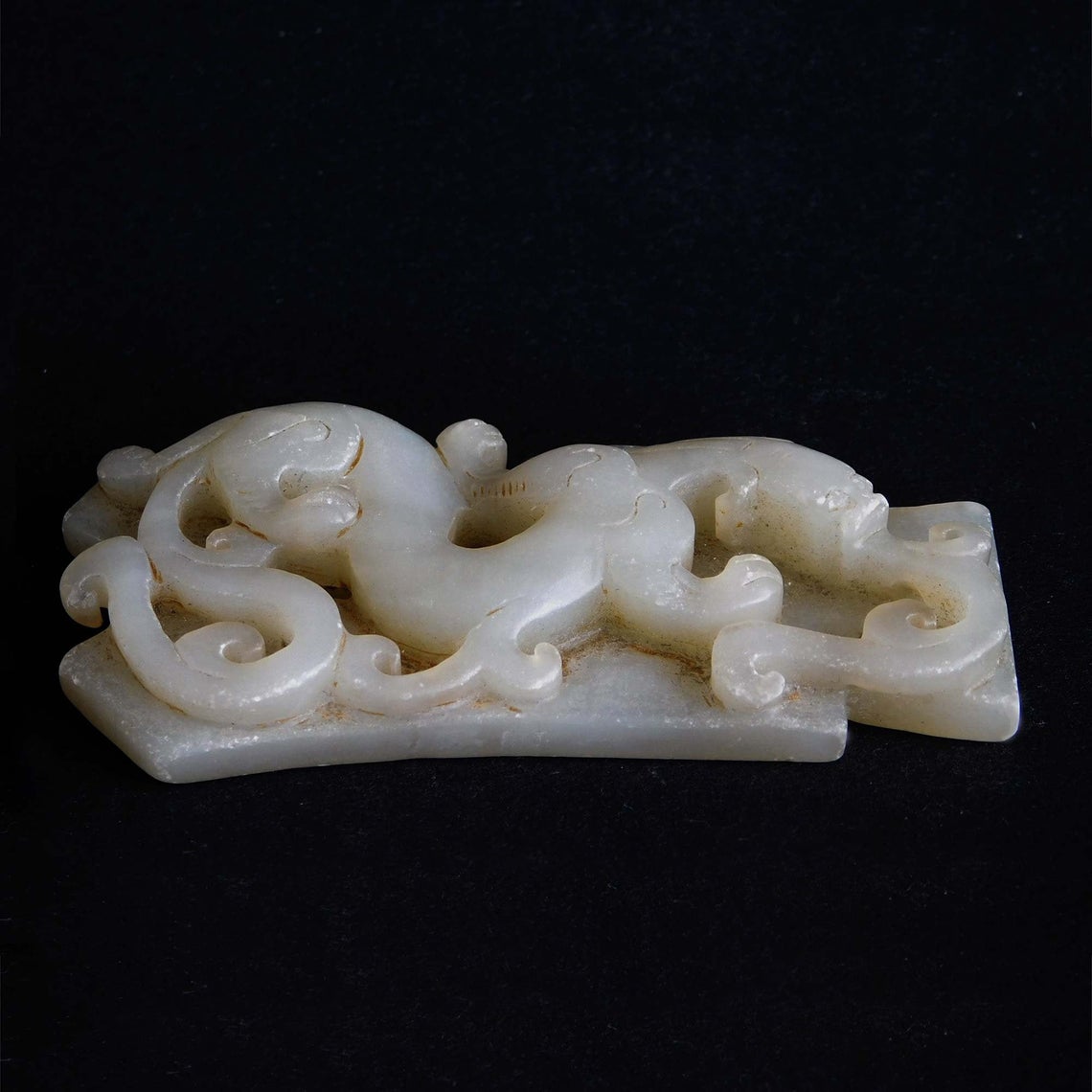 Vintage Chinese Serpentine Jade Toggle
Vigorously modeled on a semi-translucent soft-white serpentine stone of even-shine and an unctuous sheen that marked its age, a well carved s-shaped wiggly dragon with one extended horn and a long hooked tail, gripping on a highly polished surface enchantingly shooting out a stream of water.

This robust toggle features a chilong on an ancient Chinese coin, a two-legged spade-shaped lucky charm that first appeared in the Zhou Dynasty in the 11th Century BC. During the Warring States period (475 BC - 221 BC), the spade was transformed into a form of currency called Bubi (布幣). In Chinese symbolism, the dragon is a magical creature that lives in the water and has the power to exhale wind storms and outpour torrents of rain. In its earliest depictions of Chinese coins, the dragon on an ancient coin is a reference for money circulation. Little wonder that the toggle of chilong on Bubi is in use as a lucky charm of wealth and prestige for over two thousand years. 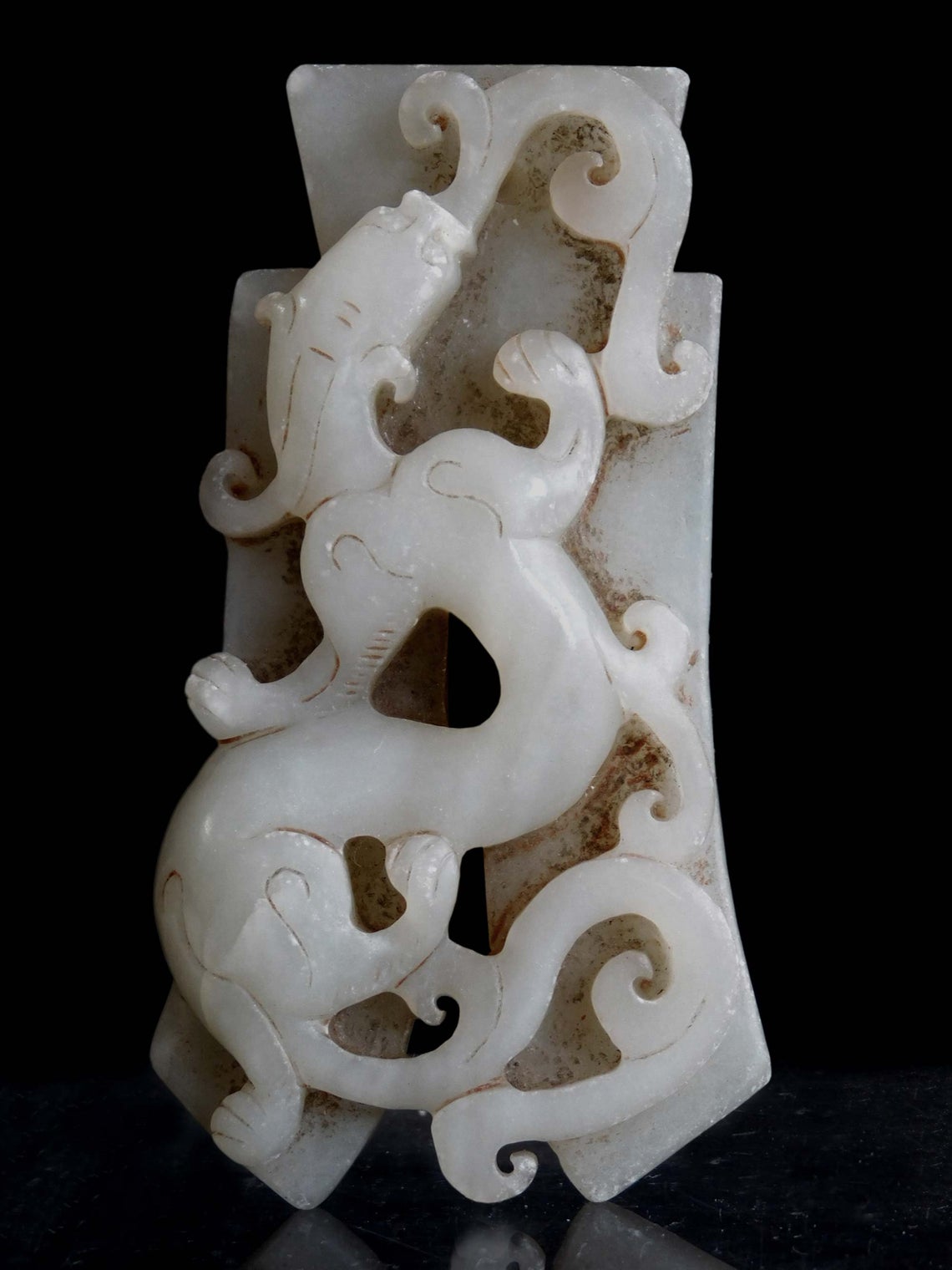 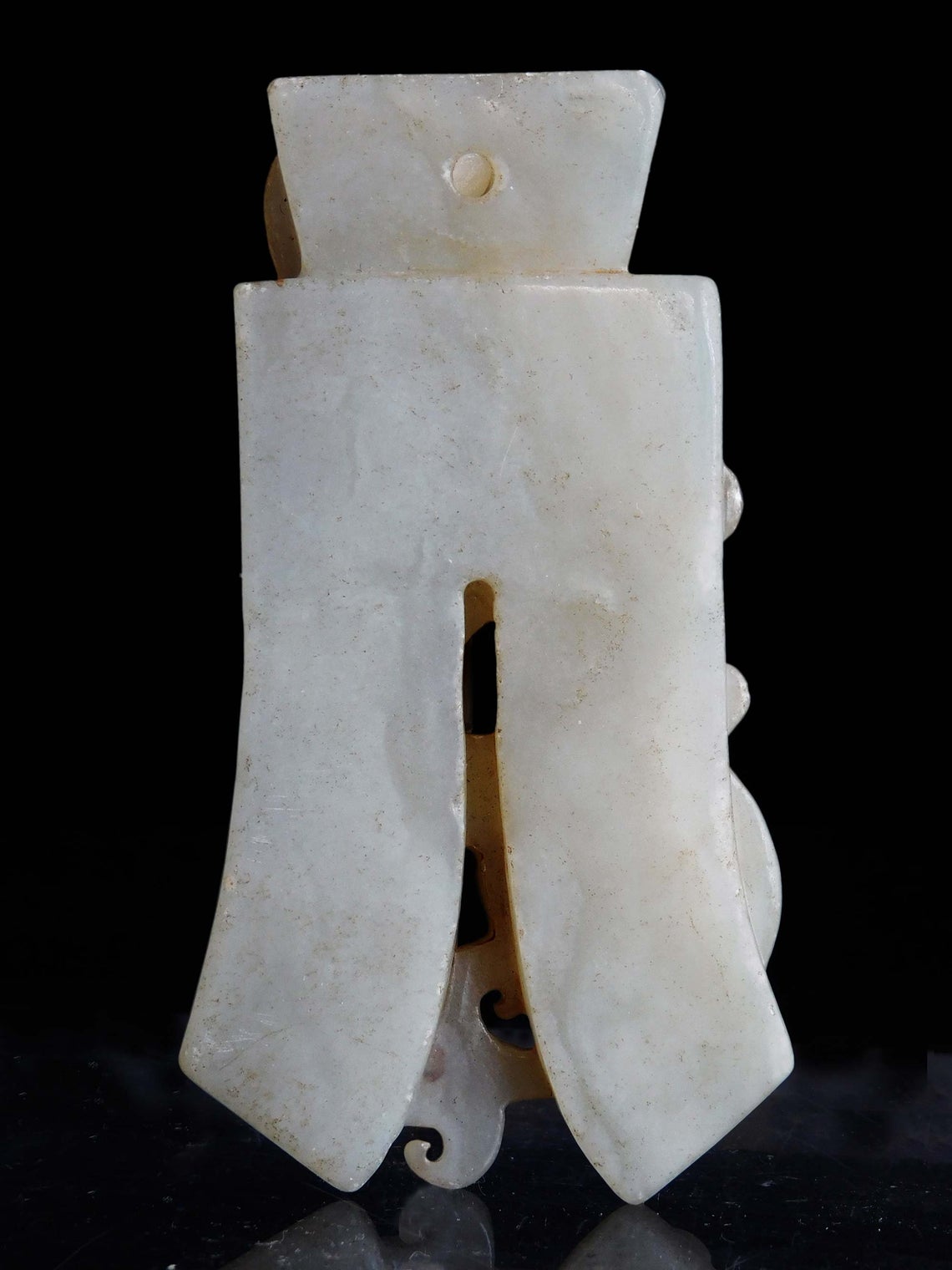 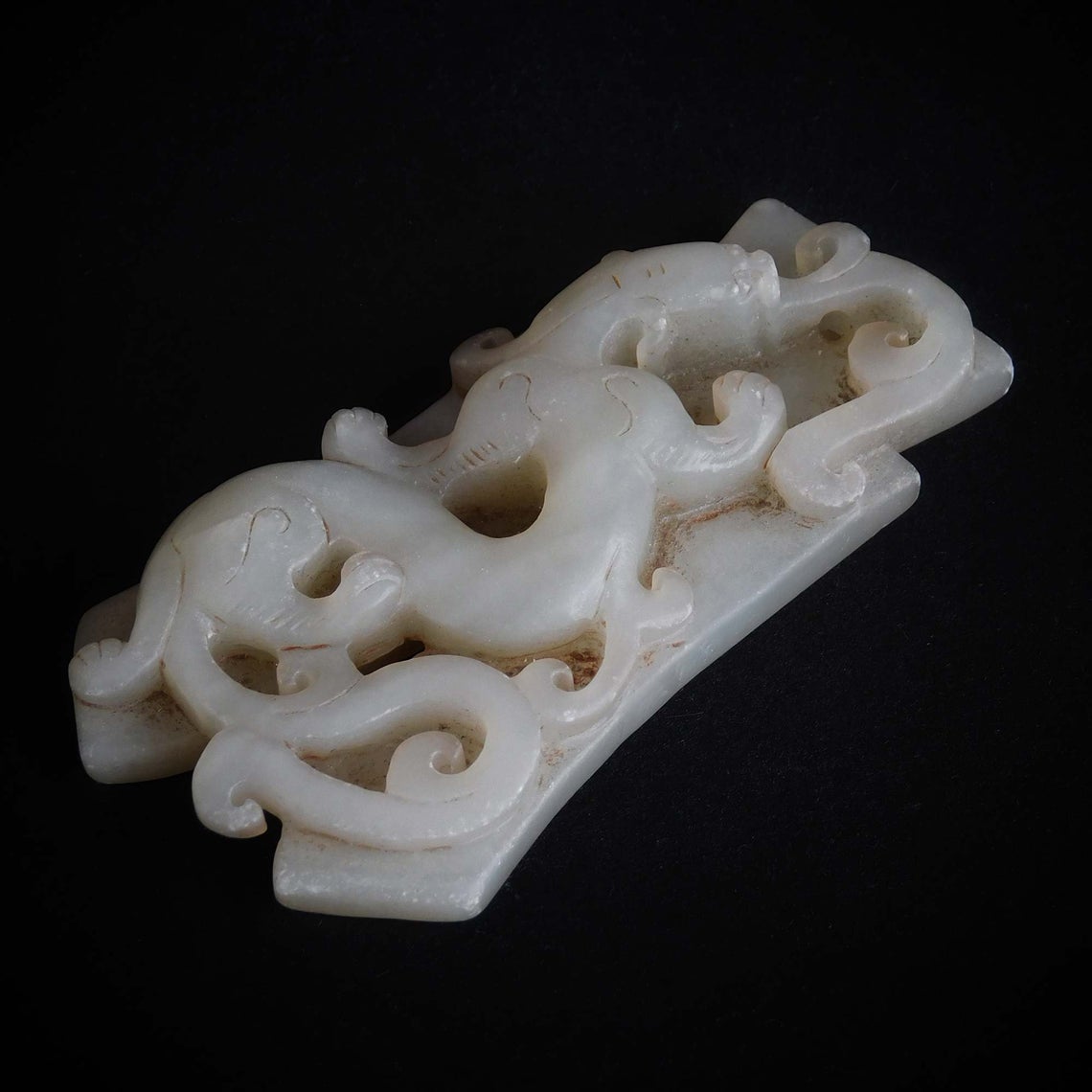 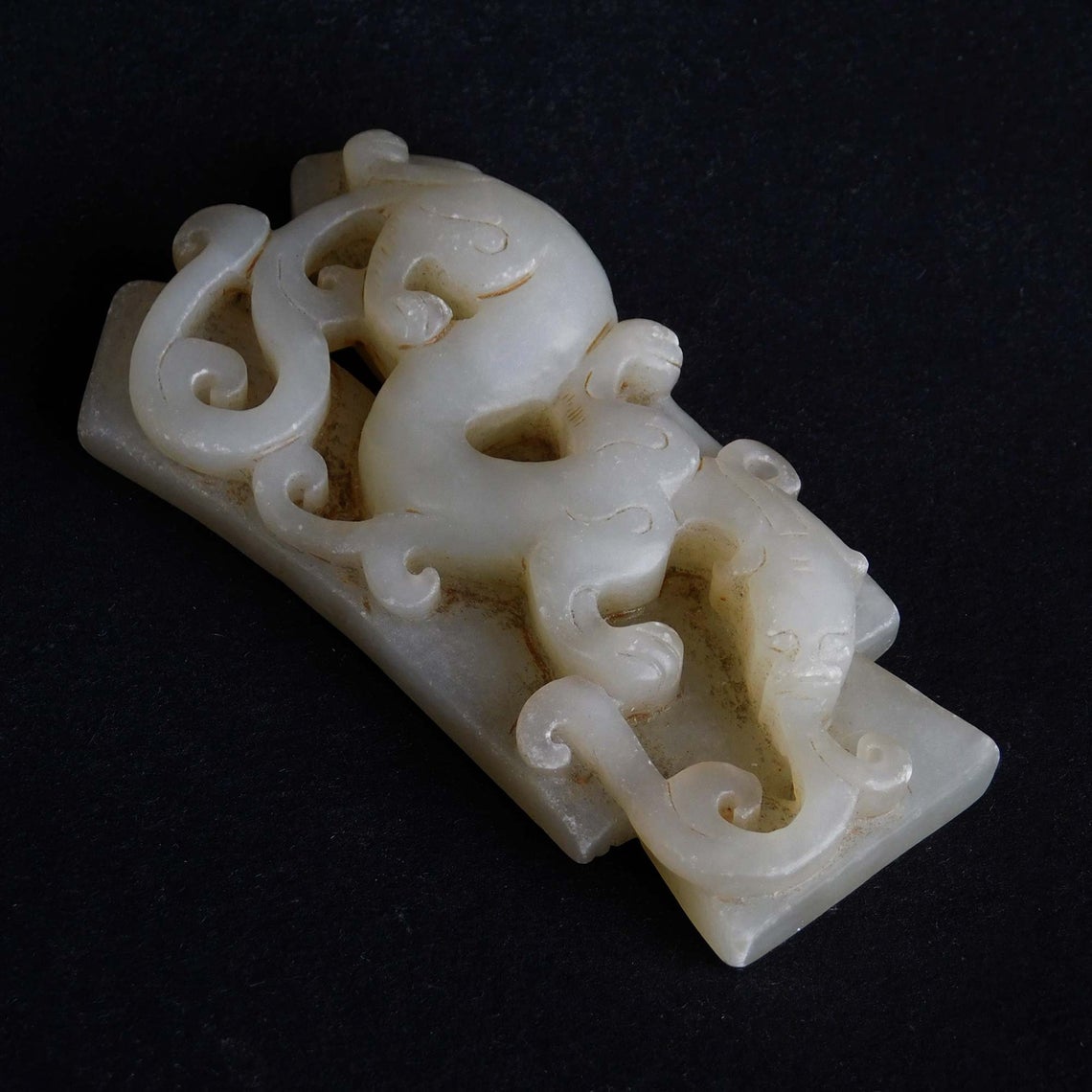 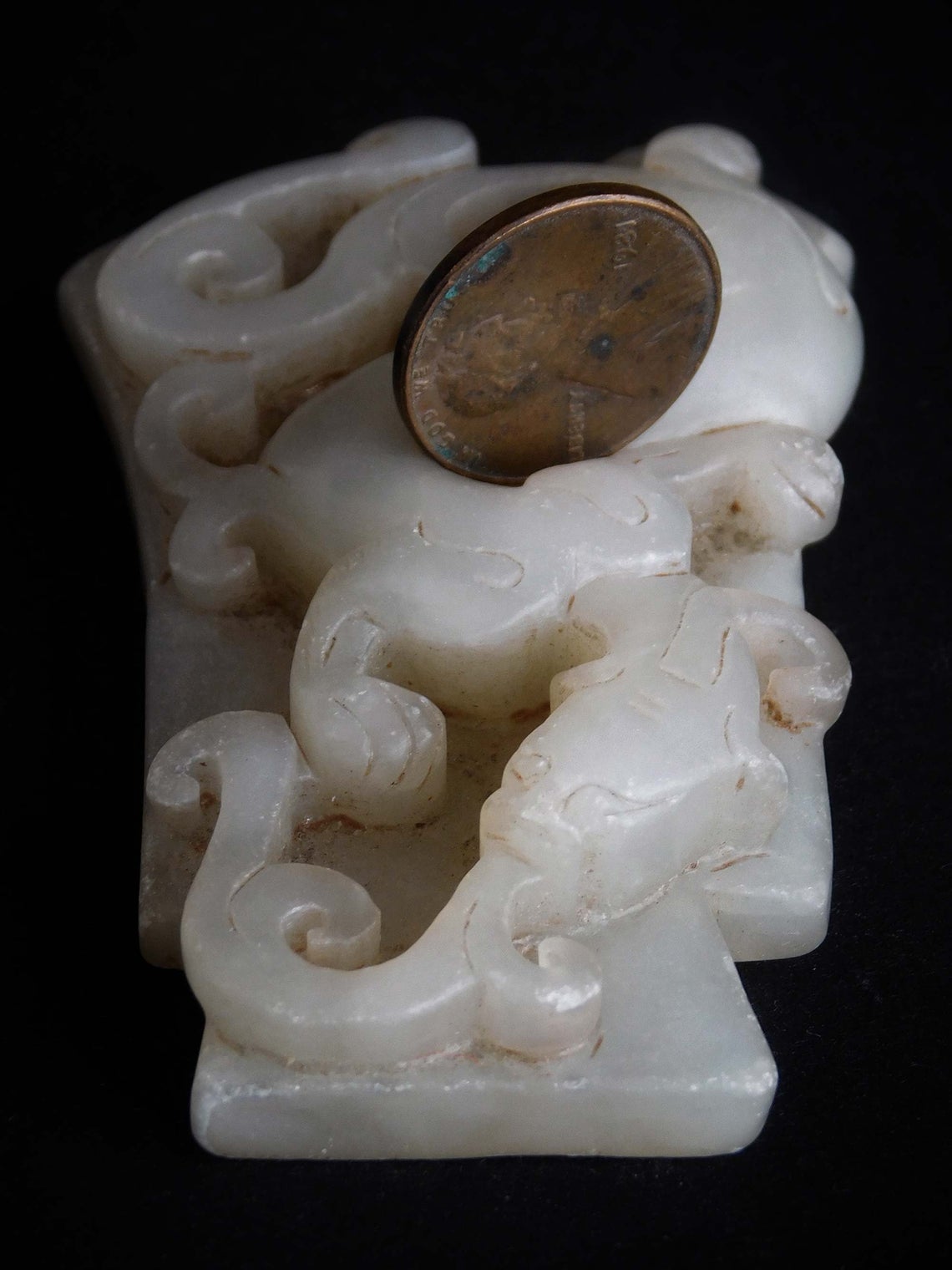