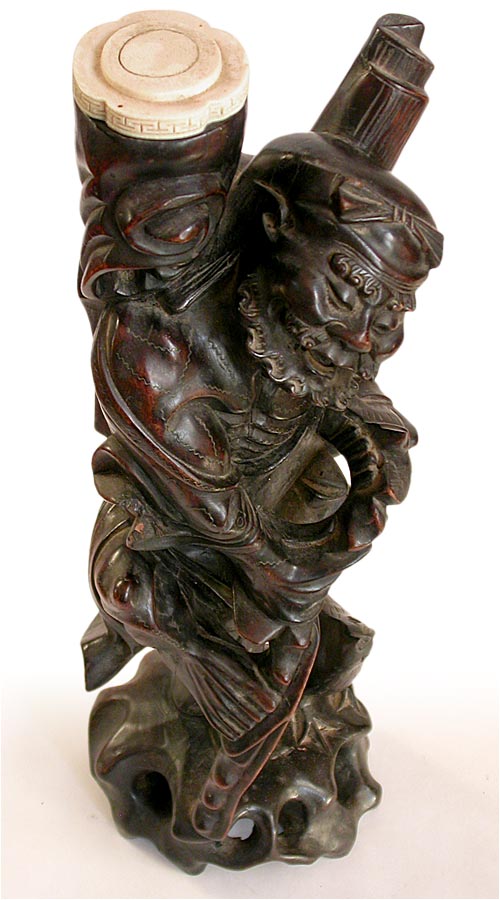 Vigorously hand carved with silver wire inlays embedded in dense rosewood or ebony, depicting Li Tieguai, one of the Eight Immortals in the Taoist pantheon. The Eight Immortals are signs of prosperity and longevity. They were commonly worshipped in home shrines, proliferated in paintings and sculptures, and profusely decorated in conventional household objects.

Li Tieguai is a prominent deity worshipped as the Medicine Man, whose forte is curing diseases, especially those said to be caused by negative “chi”. Thus he is associated with the formation of qigong, and numerous Chinese schools of martial arts. Here the Taoist Master is depicted with a scraggly beard and a headband, he walks with the aid of a crutch, has a rolled-up mat and a lotus leaf hat slung over his shoulder, with a bird by his side, a bat that symbolized good fortune in hand, and a kindly scowling face that implies his irascible temperament conjoining a character that is benevolent to the sick and the needy, whose suffering he alleviates with special medicine from his gourd.

The story tells us that Li was summoned to his dying mother. Fearing he might be late, he left his body in the care of his apprentice, warning that it must not be left for more than seven days or he would not be able to re-enter it. His attendant, presuming the master would not be back, abandoned the body. When the soul of Li returned but found no body to inhabit, as his soul wandered he spied the corpse of a lame beggar and so entered that body. Note that his ability to exhale his soul is illustrated in the rolling cloud on his right shoulder, which was once served as a candle holder. 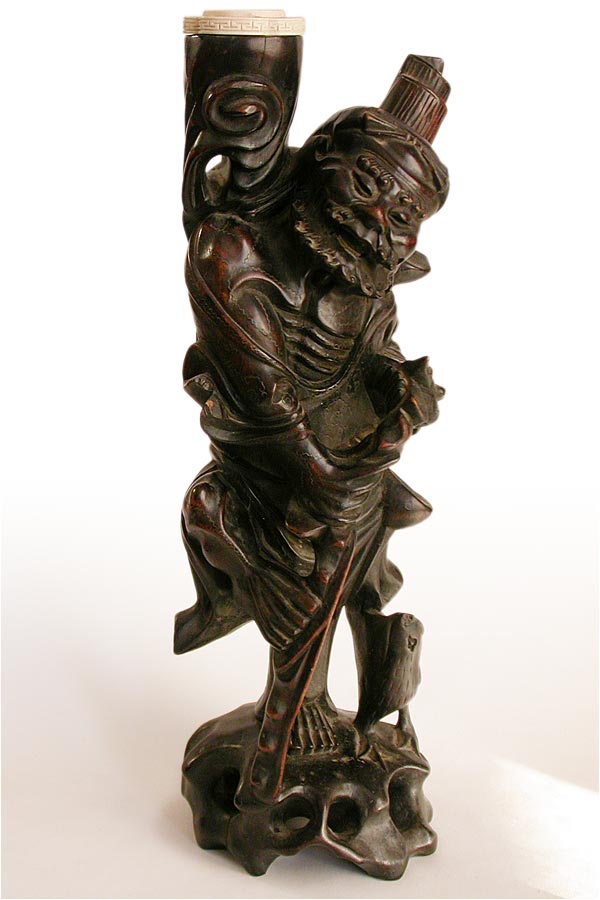 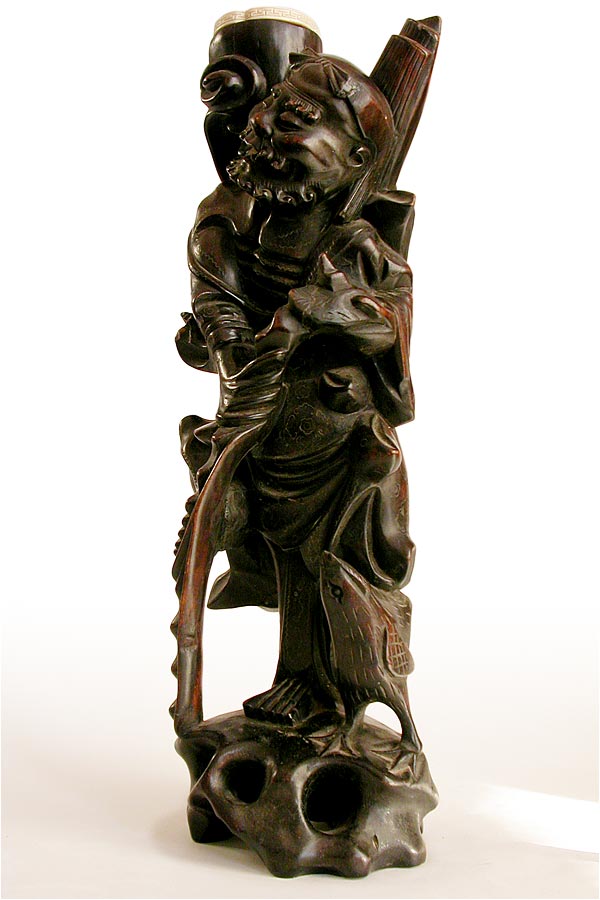 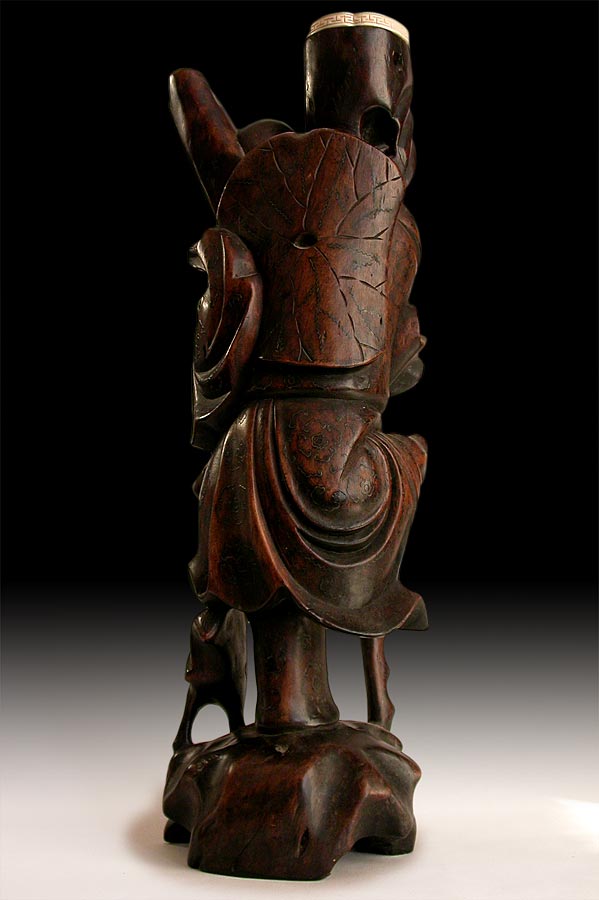 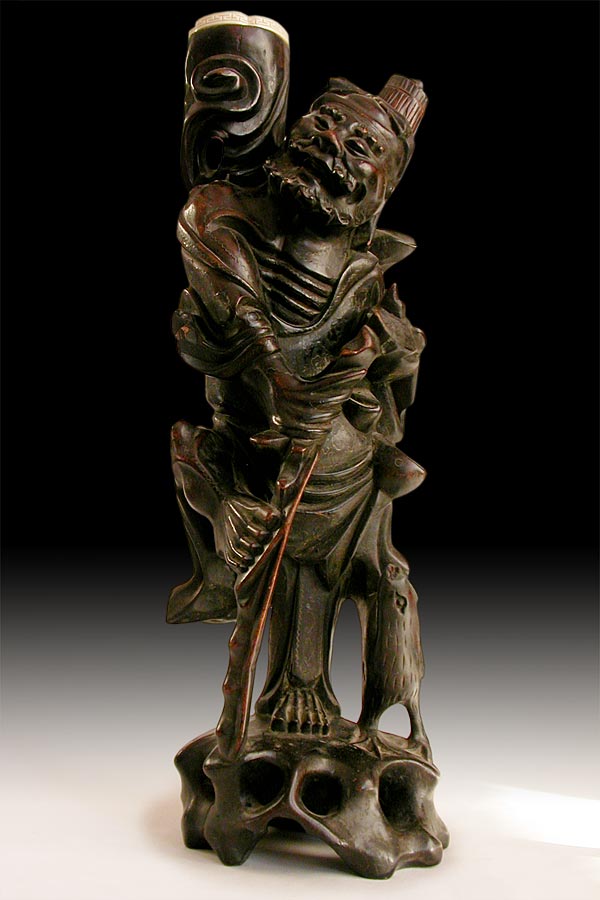 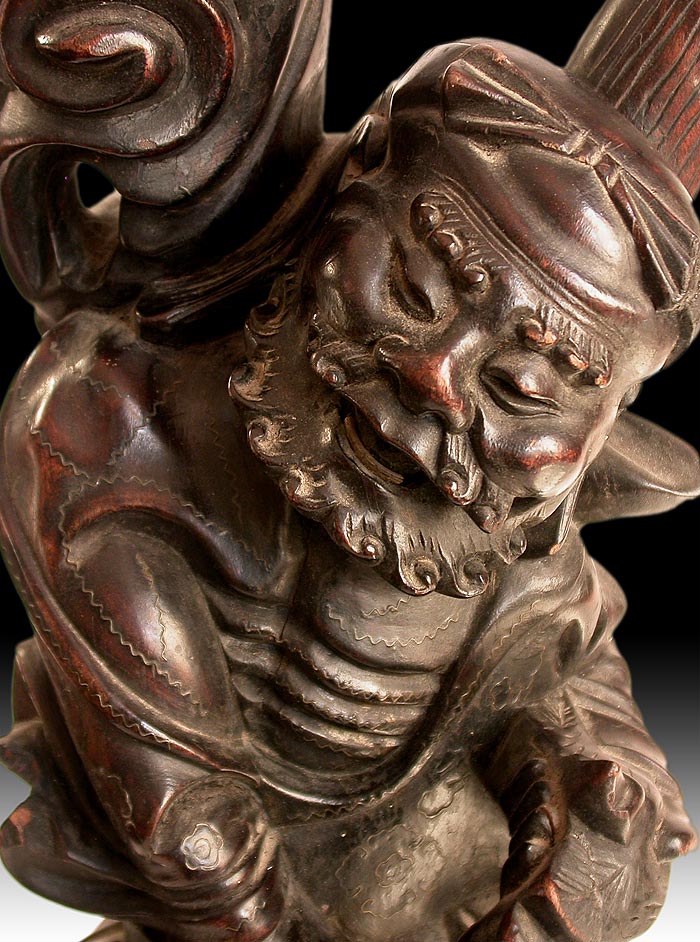 The perfect man has no self, the holy man has no merit, the sage has no reputation. --Chuang Tsu Inner Chapter