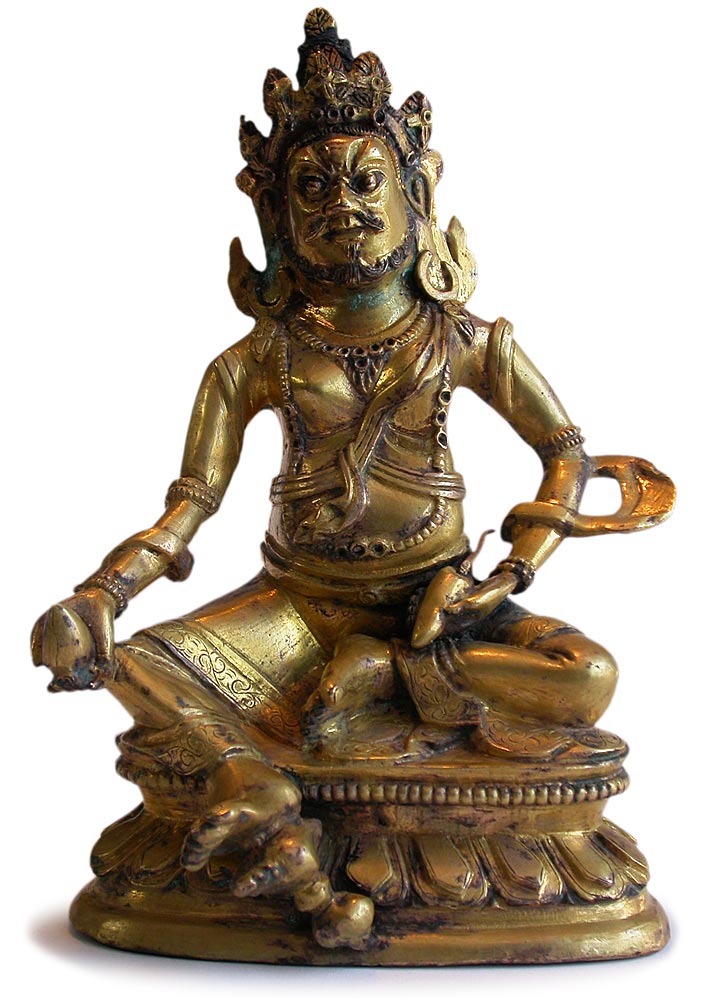 Private Collection
A finely cast bronze statue gilded in real gold with exiguous floral motifs, this venerable Kubera Jambhala is seated in lalitasana posture, with his pendent right foot supported on a conch shell atop a large lotus, his right hand holding a smaller conch, and in his left hand a jewels dispensing Nakula Mongoose. The revere dignity of this Kubera befits his role as the emanation of Vaisravana Dharmarpala, the Lord of Wealth and Guardian Deity of the North. He is the most important deity among the eight generals of Vaisravana. Cast with an opened base, the bony Jambhala statue is attributed to the 19th century late Qing era. 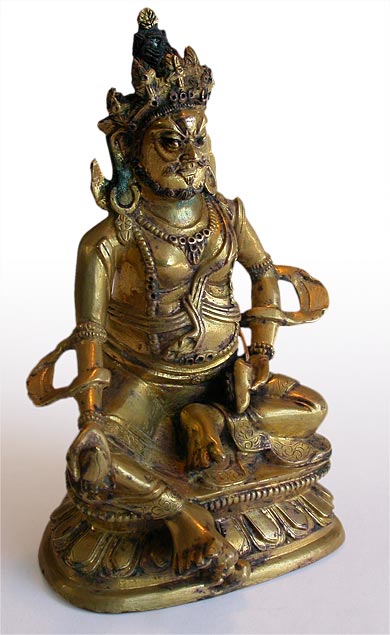 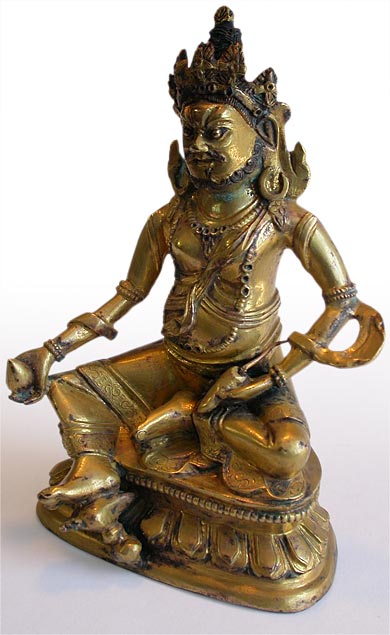 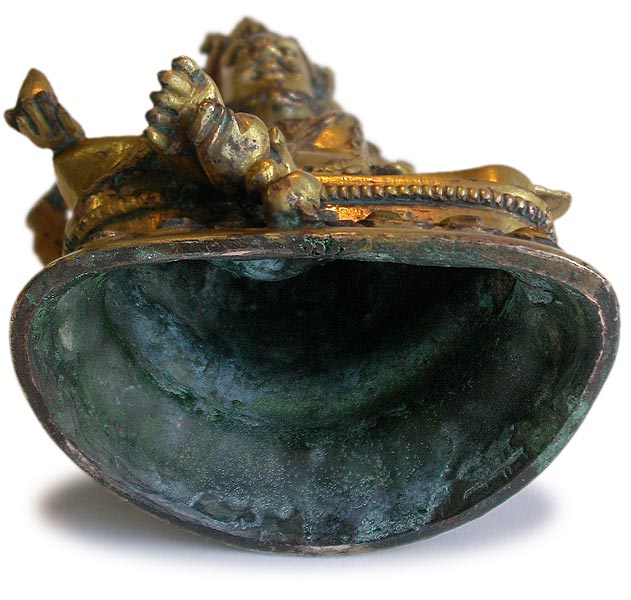 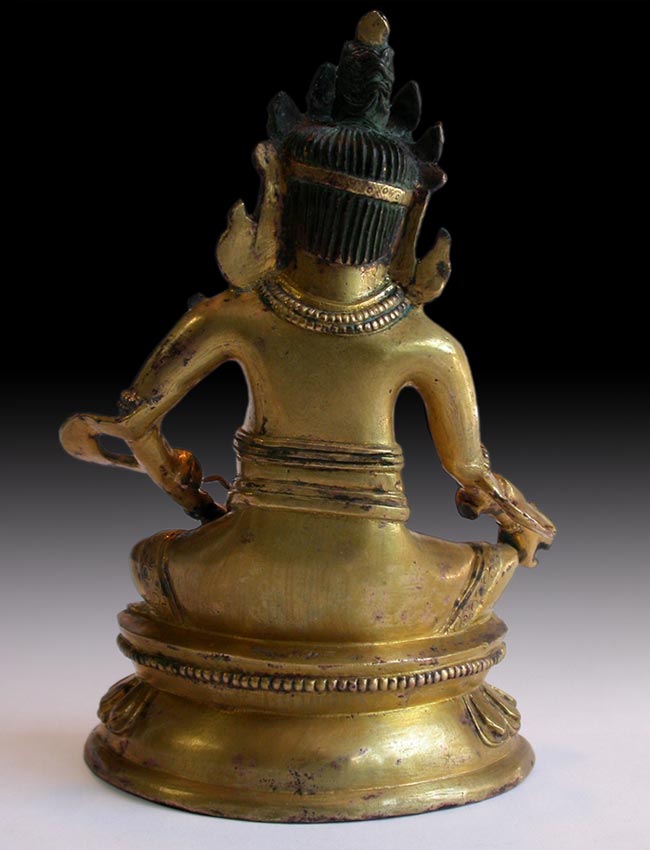 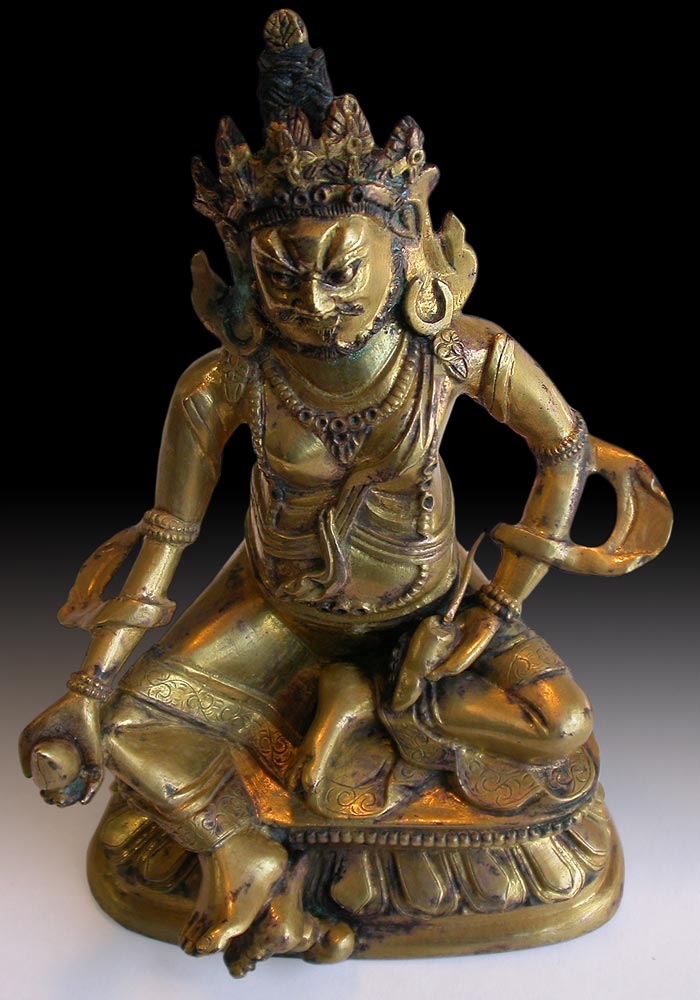