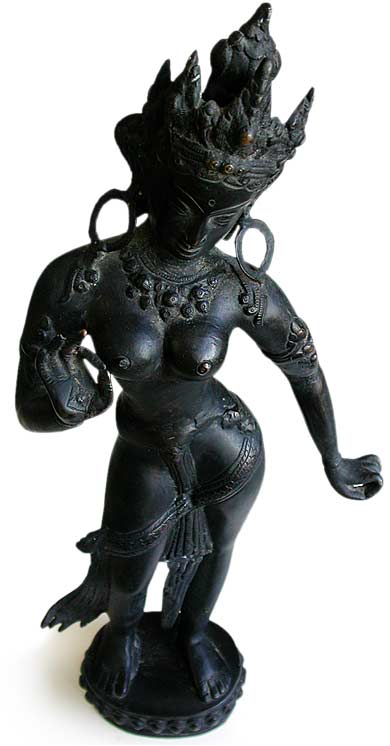 Nepalese Patinated Bronze Buddha
Hips swing to her left as if in a dancing posture; this graceful goddess Tara is standing in tribhanga above a circular lotus base. Her left arm is extended to the side, as her right hand lifts up in vitarka mudra. She is wearing a five pointed crown, long pleated dhoti, and sash draped across her legs and falling to her right side. Her face is serene and peaceful, finely arched eyebrows, eyes down cast in contemplative stance. The sculptural composition is well balanced. This standing form of Tara was made in Nepal as early as in the 12th century, though stylistically she retains much of the 8th century Kashmir influence. The statue was made in two separate castings, then joined together near the waist.