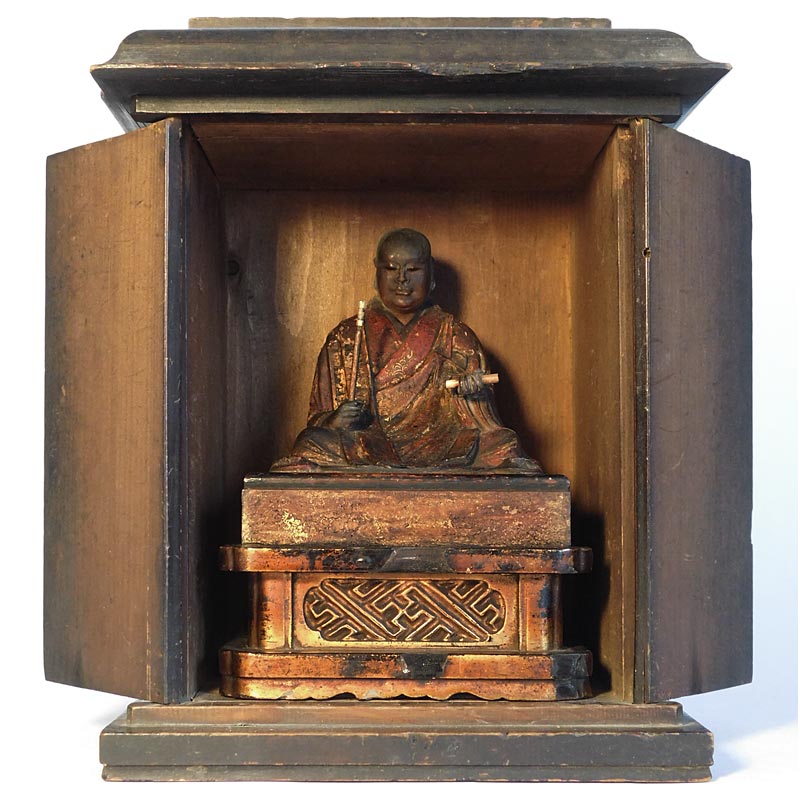 Antique Japanese Wood Shrine
A small antique Japanese zushi of Nichiren Daishonin 日蓮聖人(1222–1282). He sits vigorously in dhyanasana above a gilded pedestal, firmly holding a Lotus Sutra scroll in his left hand, and in his right hand a Keisaku. The face of Nichiren appears austere and noble. His serene expression is enlivened with eyes painted in Sumi ink, which seem alive with an awakening power. The gripping Dai-Bosatsu figure is housed in an old wooden zushi. It has seven etched kanji characters indicating its origin in Mt. Myoken 妙見山 at the Nose Provence 能勢 in Osaka 大阪 (pic 8). The Nichiren Sacred Sanctuary 蓮宗霊場 was found in the Kamakura period in the 13th century. There is also the Sumi inscription of the name of its first owner, with the Meiji 22 years Dec. 14th (1890) dated on the base (pic 9). In addition, on the pedestal of the Nichiren statue, there are inscriptions of the donor's name, the artist name Nichimasa 日理, and the name of the principal consecrated priest Keikumozan 惠雲山 (pic 10). This rare shrine encompasses the provenance and history of the Nichiren-shu temples. In essence, it's an authentic sacred relic that radiates an aura of mystique and timelessness. 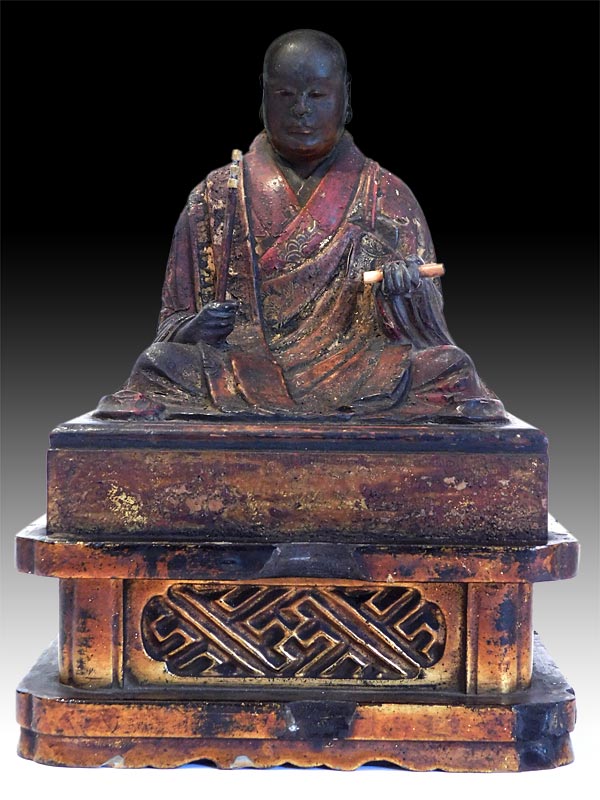 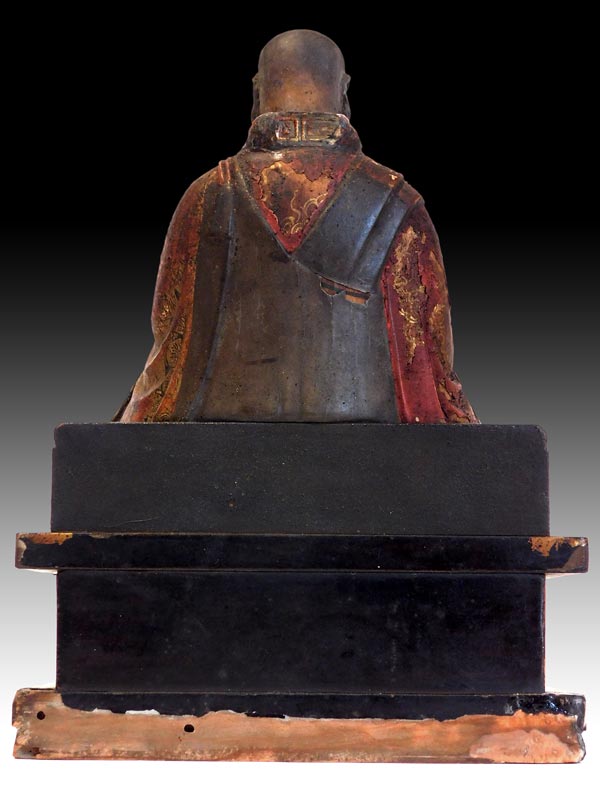 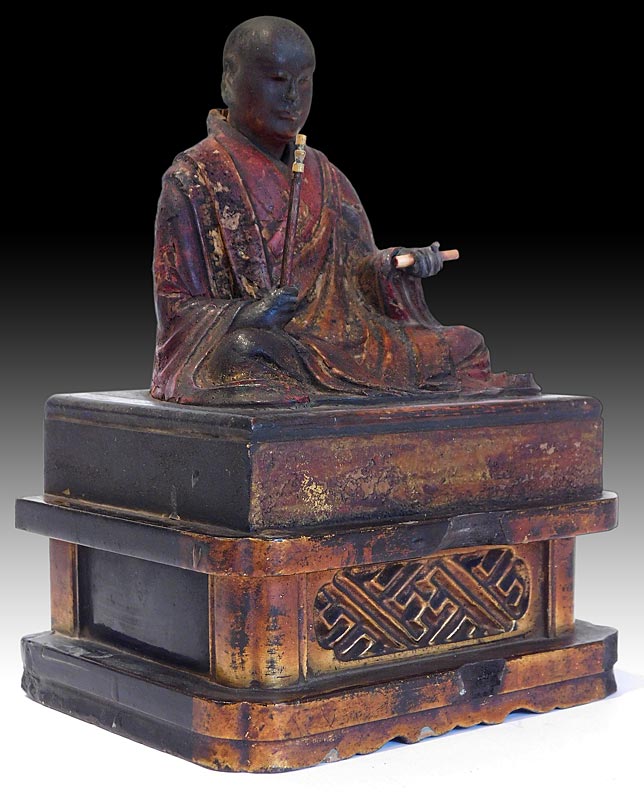 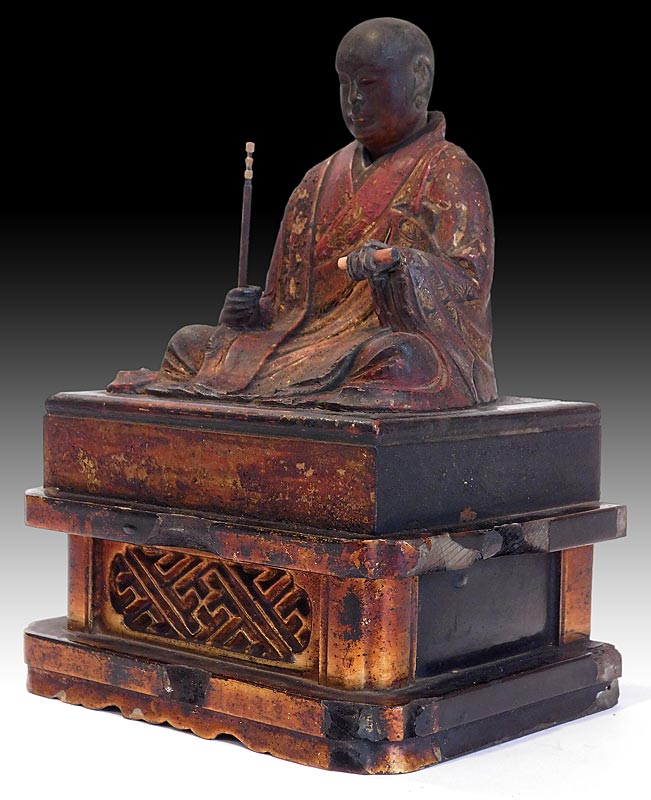 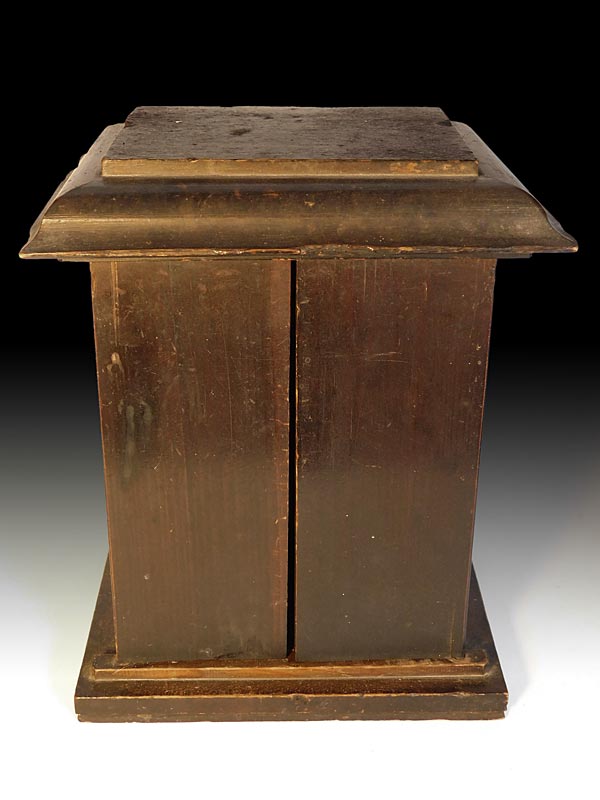 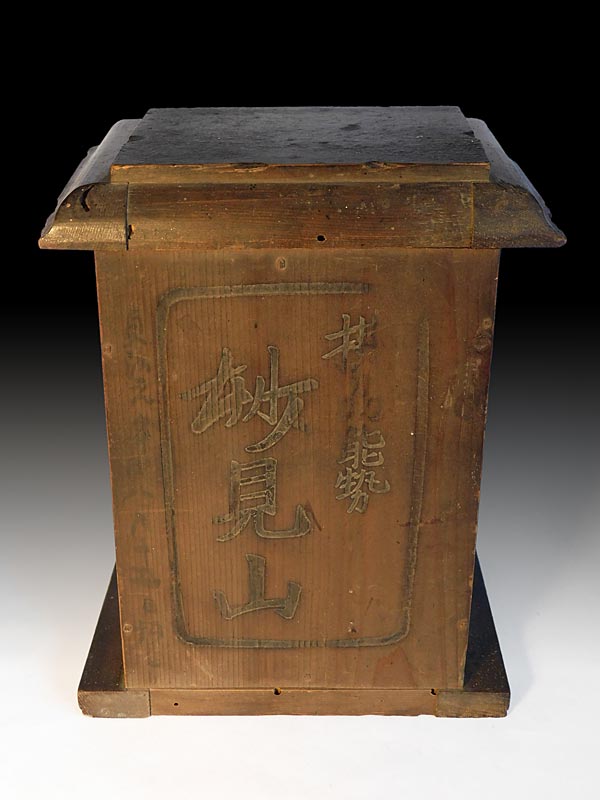 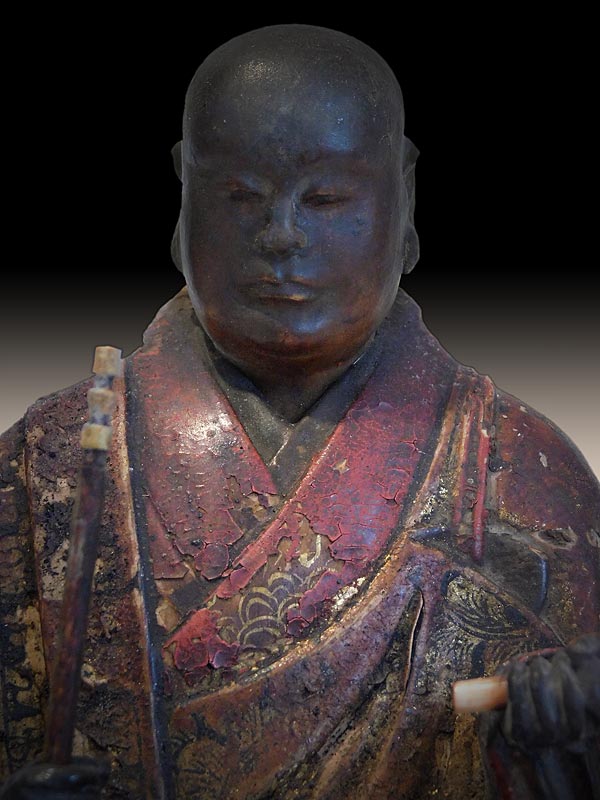 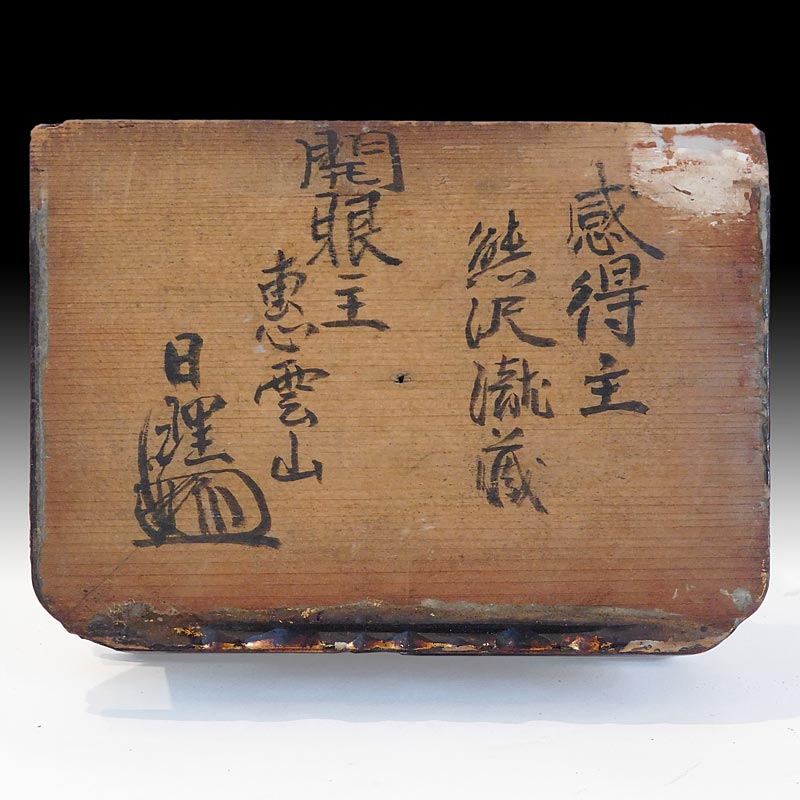 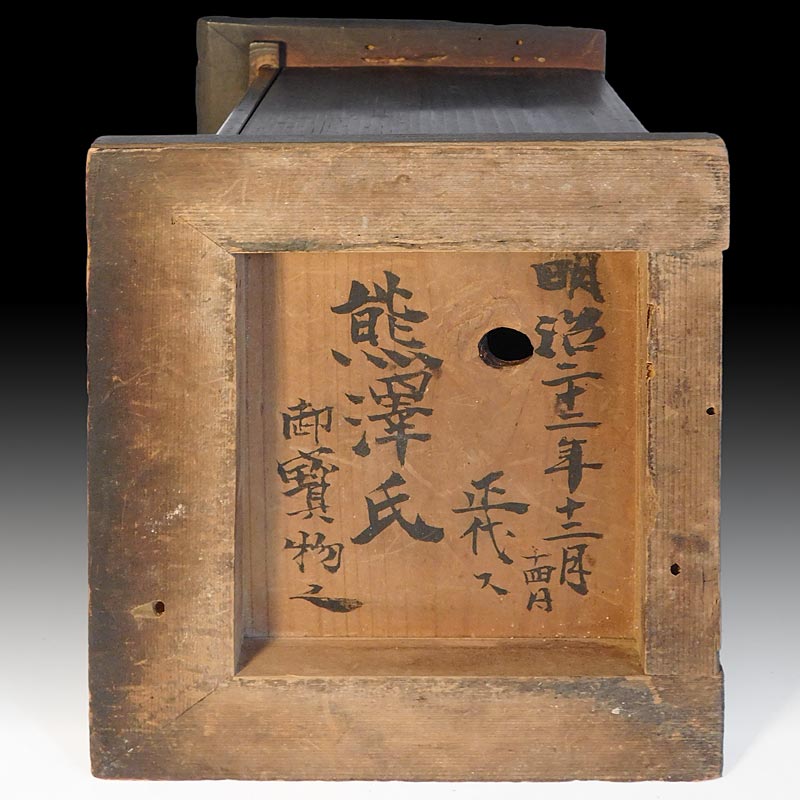