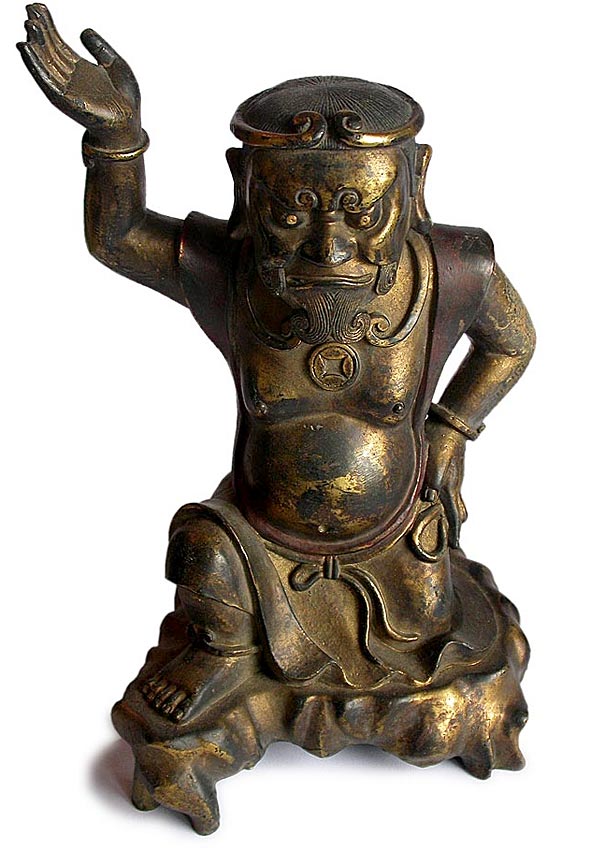 Vintage Ming Style Gilt Bronze Buddha
Fierce guardian figures are seen ubiquitously protecting altars and shrines. This Ming style arhat is a pugnacious barechested figure dressed in traditional monks robe. He is seen here with crisp facial features on an upward thrust large head, tightly shut lips, with raised eyebrows pressing bulging round eyes, one hand on his waist, and an elevated hand indicated that the arhat is engaging in a dharma debating or teaching. The work is expressively cast from bronze, lacquered and gilded. There is no doubt that this is one of the 18 arhats frequently portrayed in Buddhist art. However, due to its superb quality, it is difficult to verify his identity or age. Judging from the overall impression: we attribute the statue most likely produced in the late 19th to early 20th century. 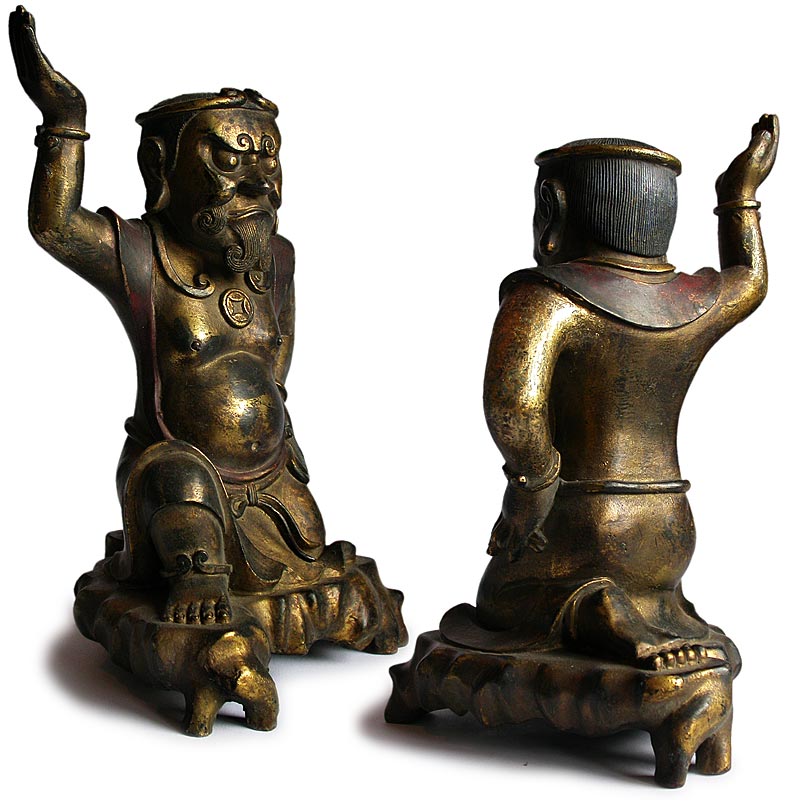 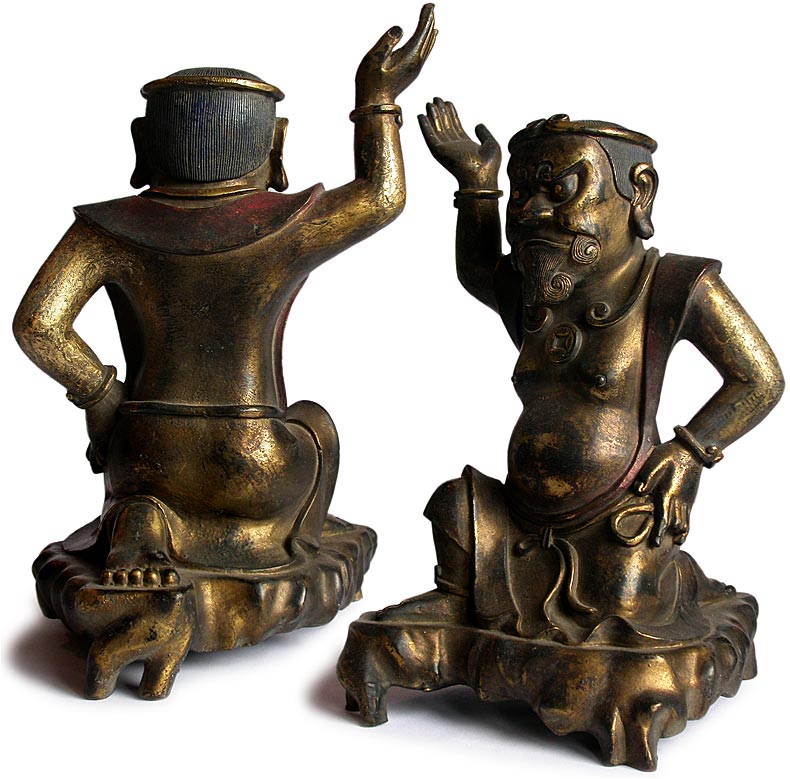 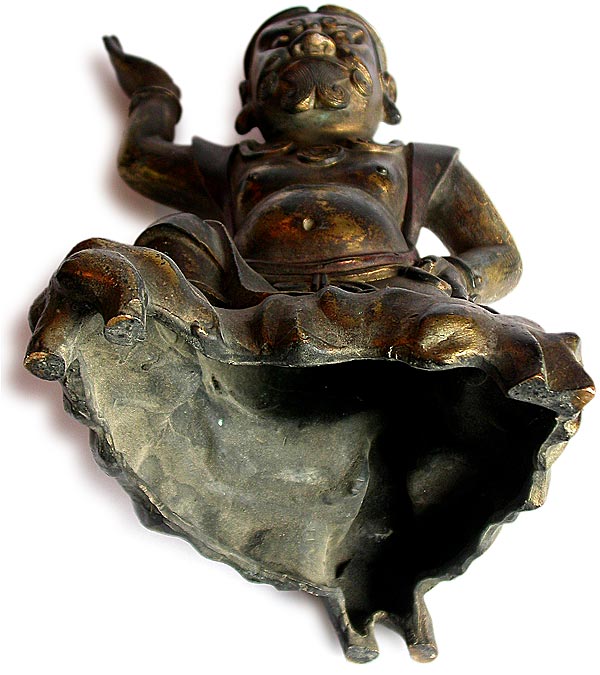 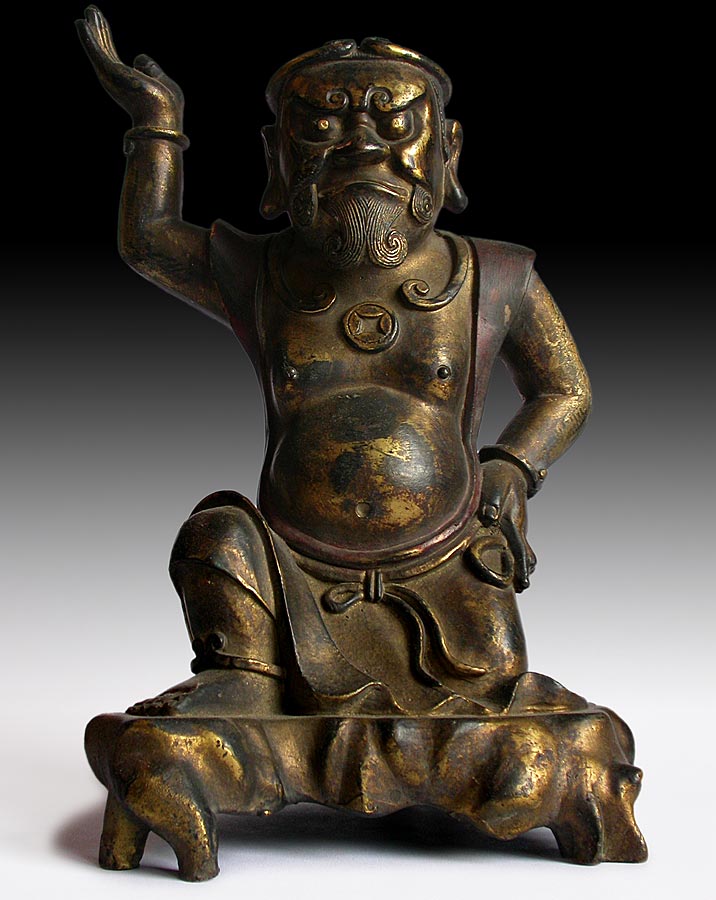