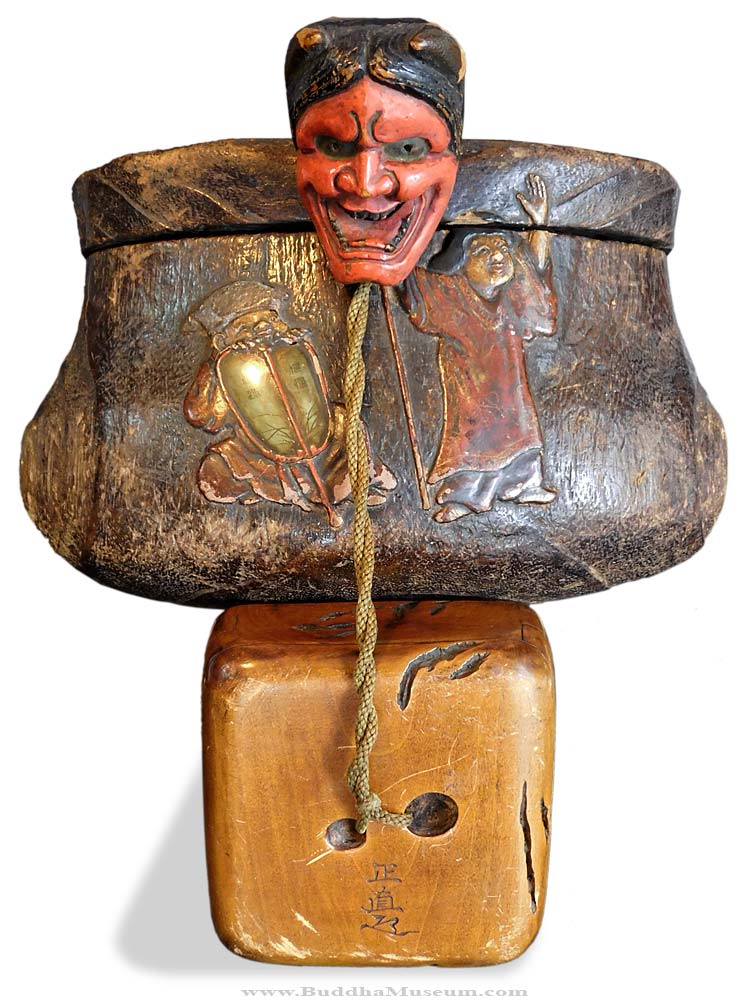 Antique Lacquered & Burlwood Sagemono
This three-units sagemono includes a hefty burlwood tonkotsu, featuring a rambunctious large man on a horse with arms wide stretched. And on its opposite side a playful incantation scene, of a man dressed as Lucky God Daikoku with a huge fan, and a priestly character holding a magic staff appearing to call for something from high above. The tonkotsu is a playful and good-natured tobacco box. It also happens to be accompanied by a Hannya mask netsuke that portrays the vengeful spirit of a jealous she-demon. Since In Japan tobacco was to be enjoyed in a couple of pinches. Perhaps the Hannya mask is a warning to heavy smokers. Nevertheless, keenly observed in this humorous set are the Japanese aesthetics that cultivates and celebrates the intrinsic beauty found in the organically wise forms of nature.
Masanao is a famous name used by several netsukshi working in a similar style in Tokyo and Ise during the 19th Century periods. They are regarded as the school of Yamada-Ise and Tokyo spanned several generations. This rustic tonkotsu and lacquered netsuke are consistent with the early 19th century period. It displays a characteristic provincial quality, with drama and humor associated with Masanao of the Yamada-Ise school; which is distinctively signed with a kakihan 書判 in kanji on the boxwood astray, 正直. In very good condition. 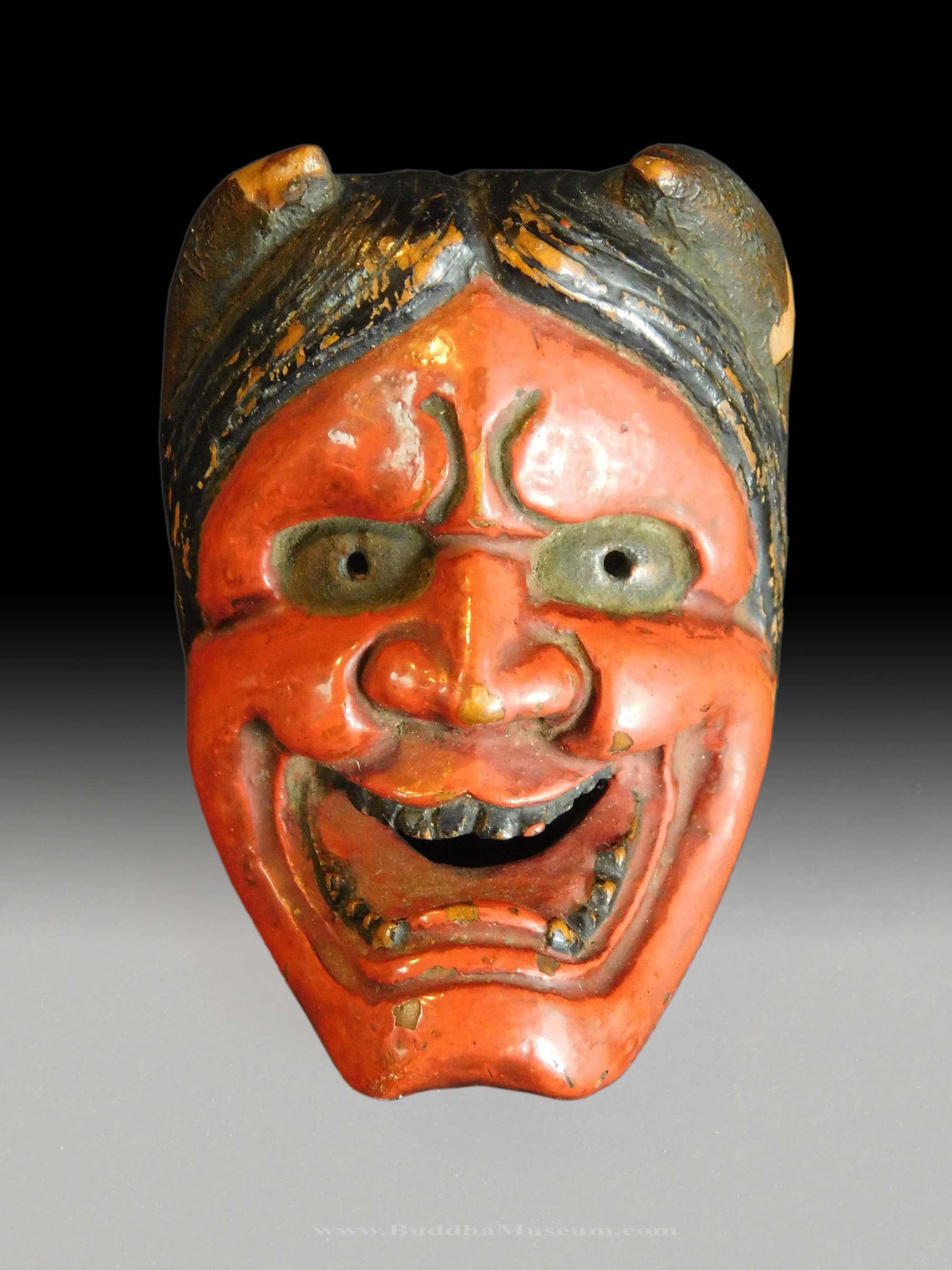 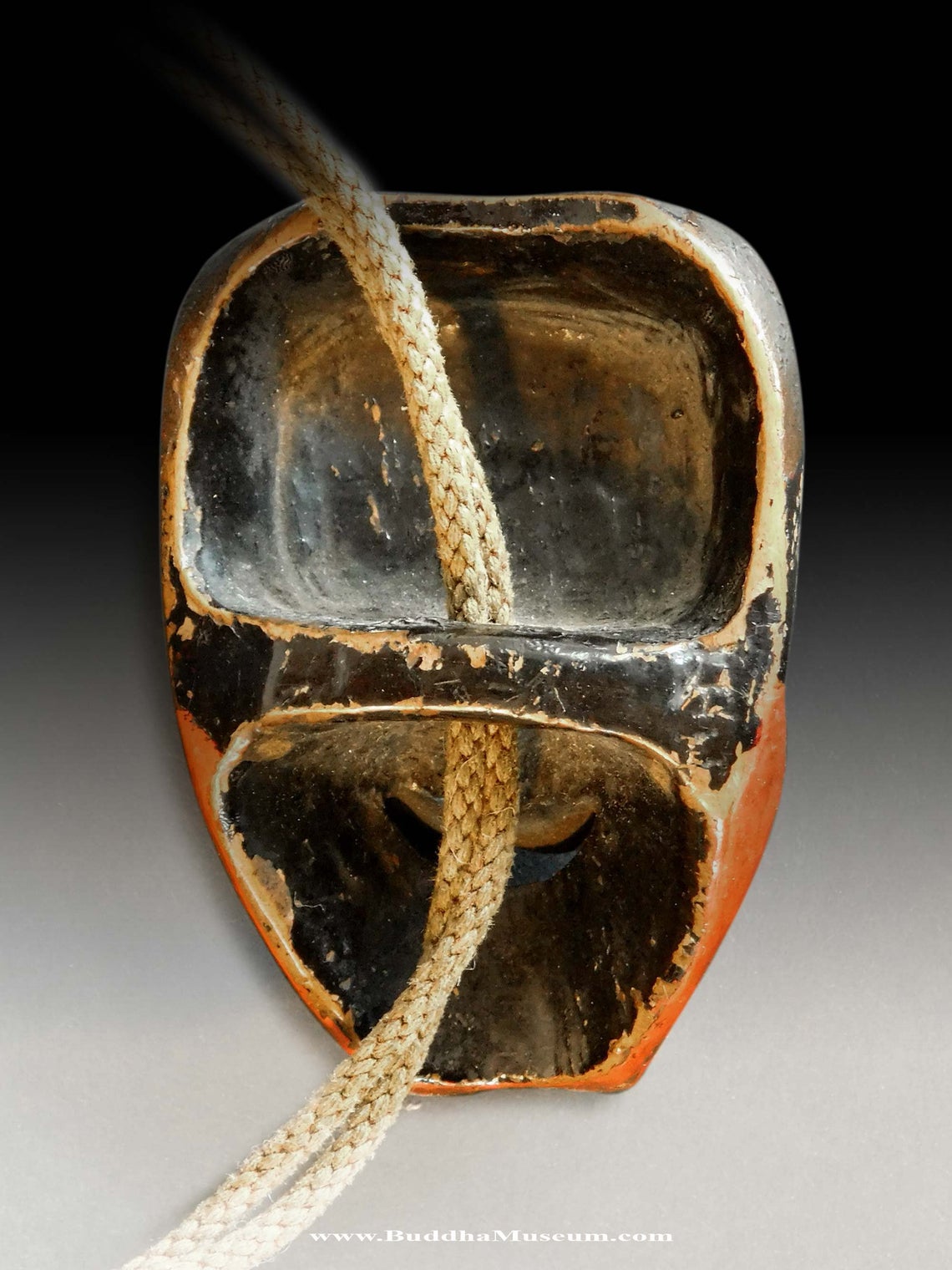 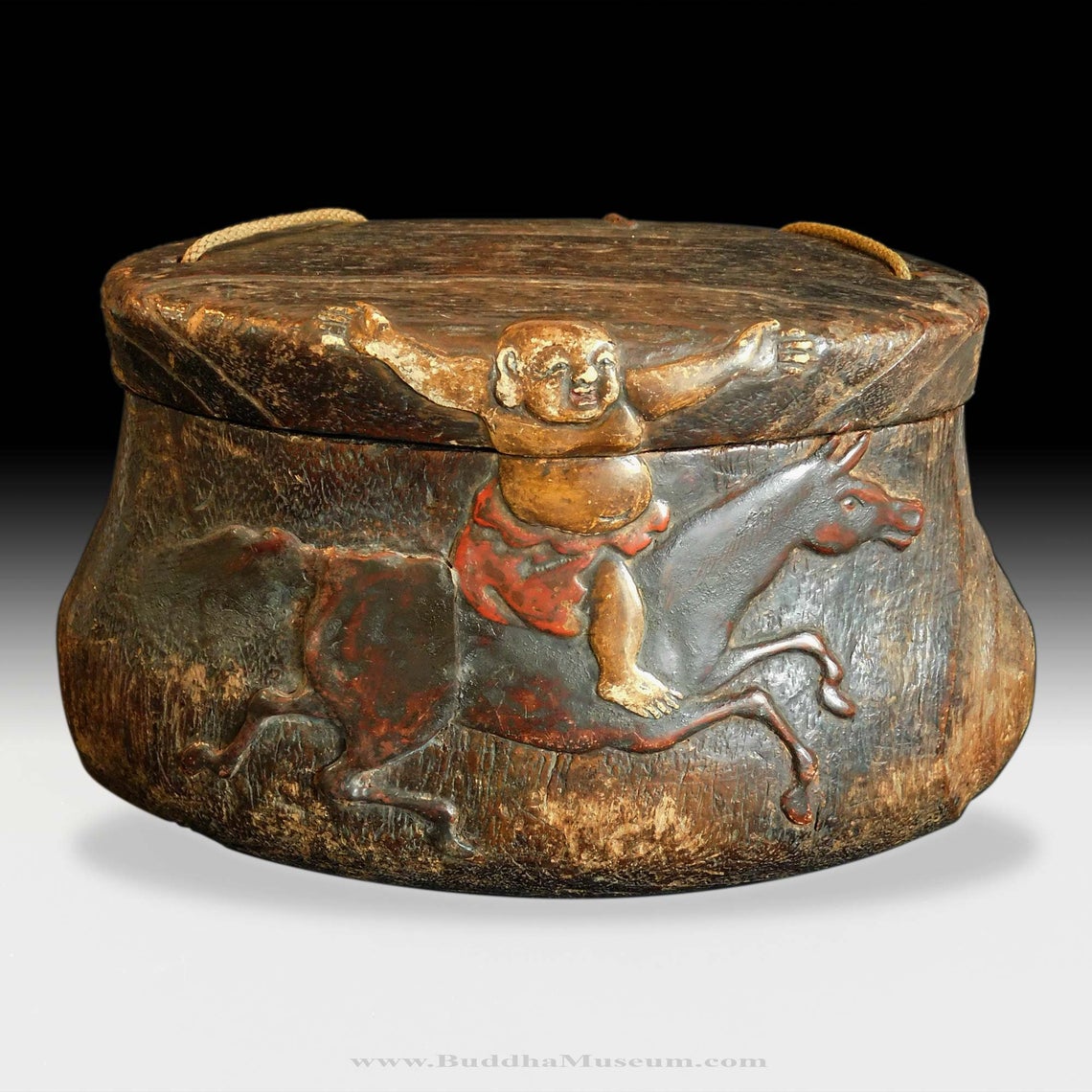 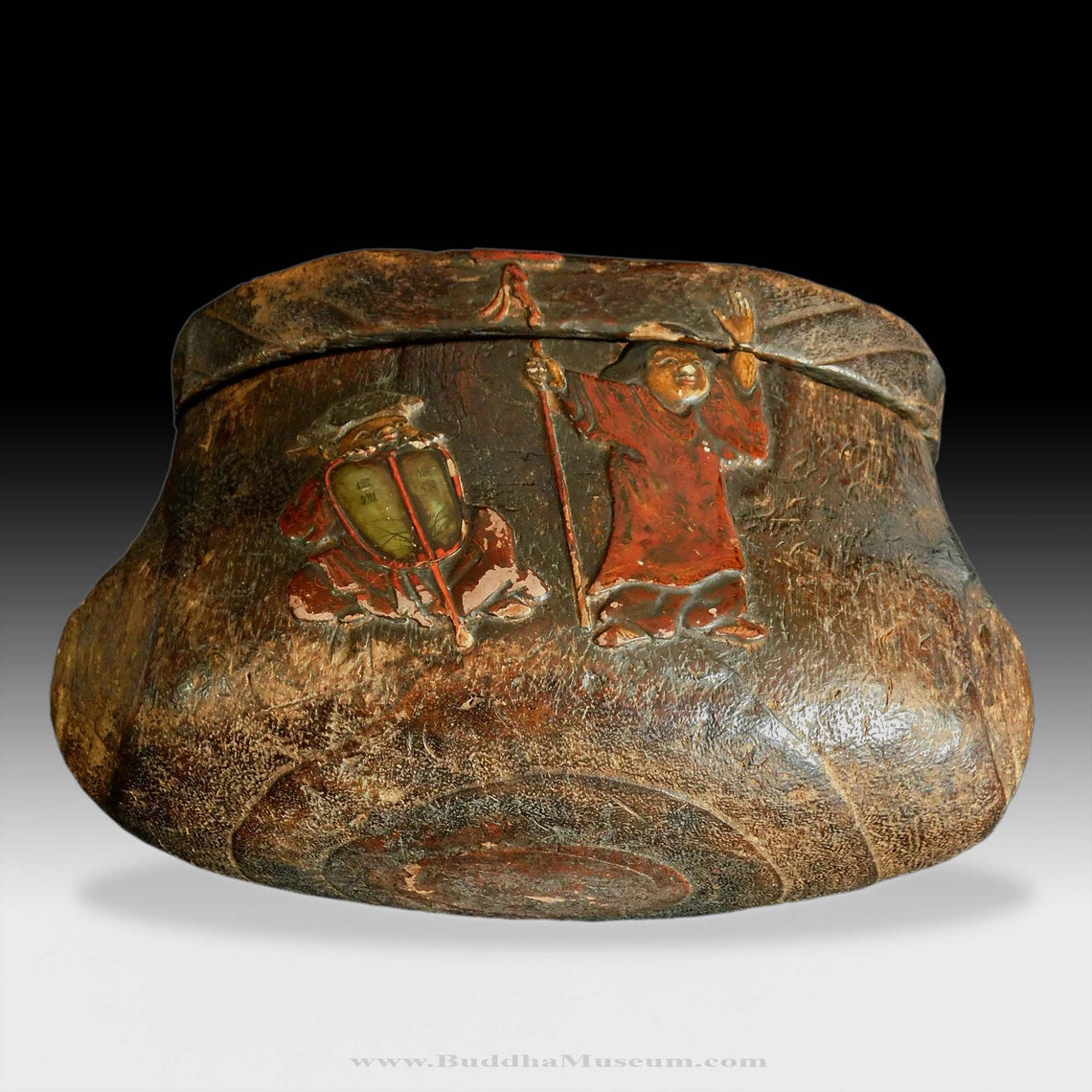 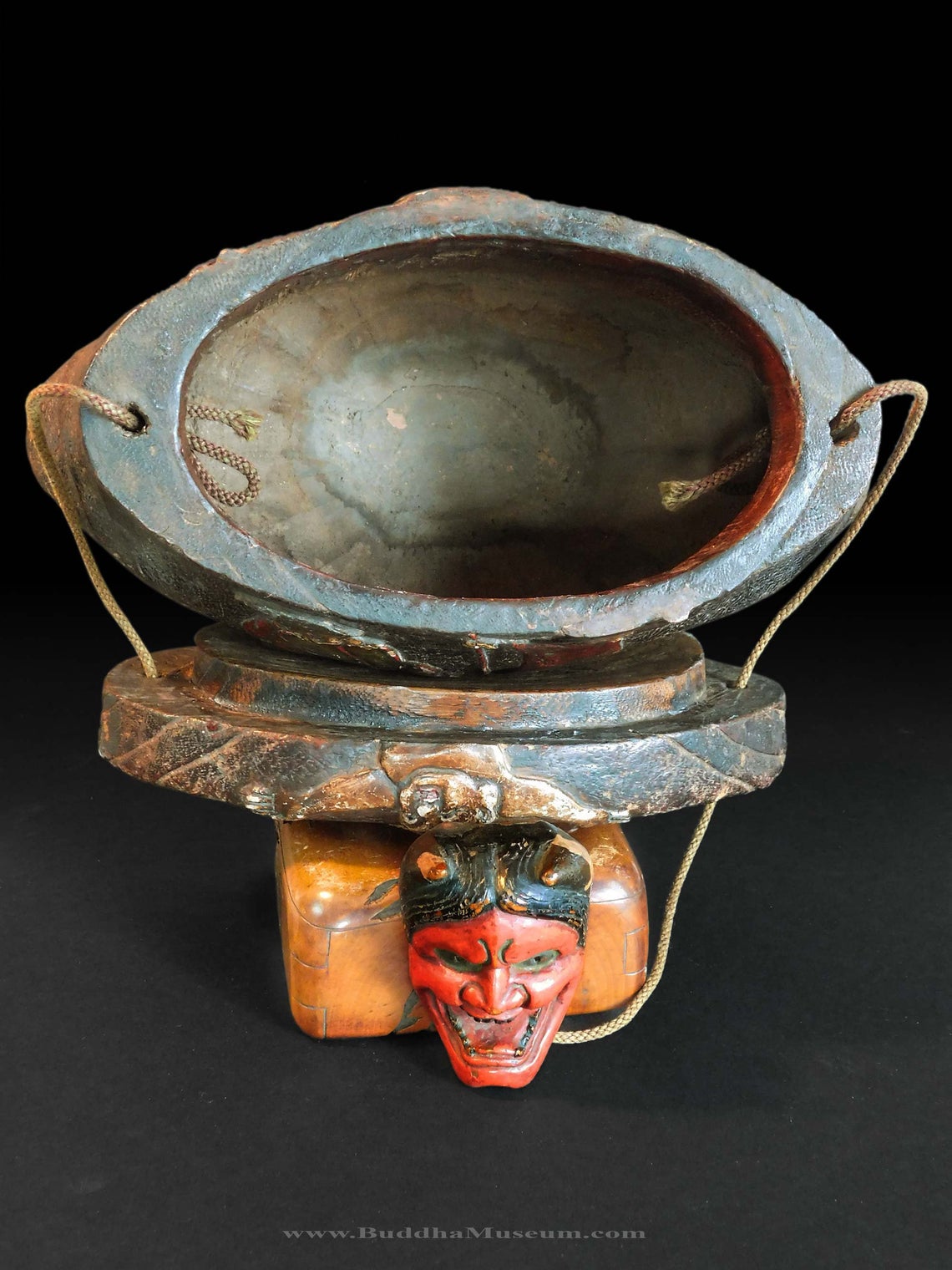 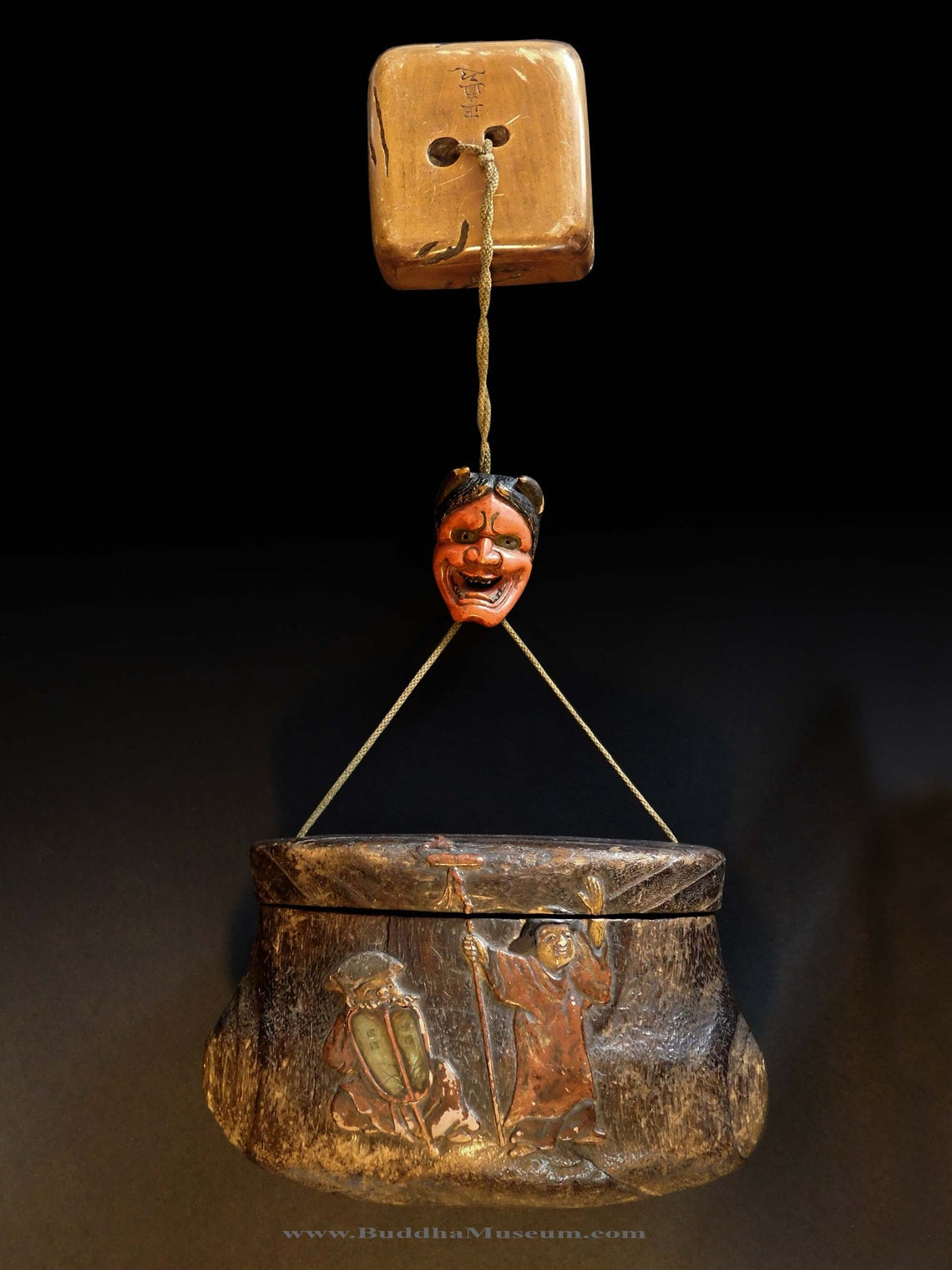 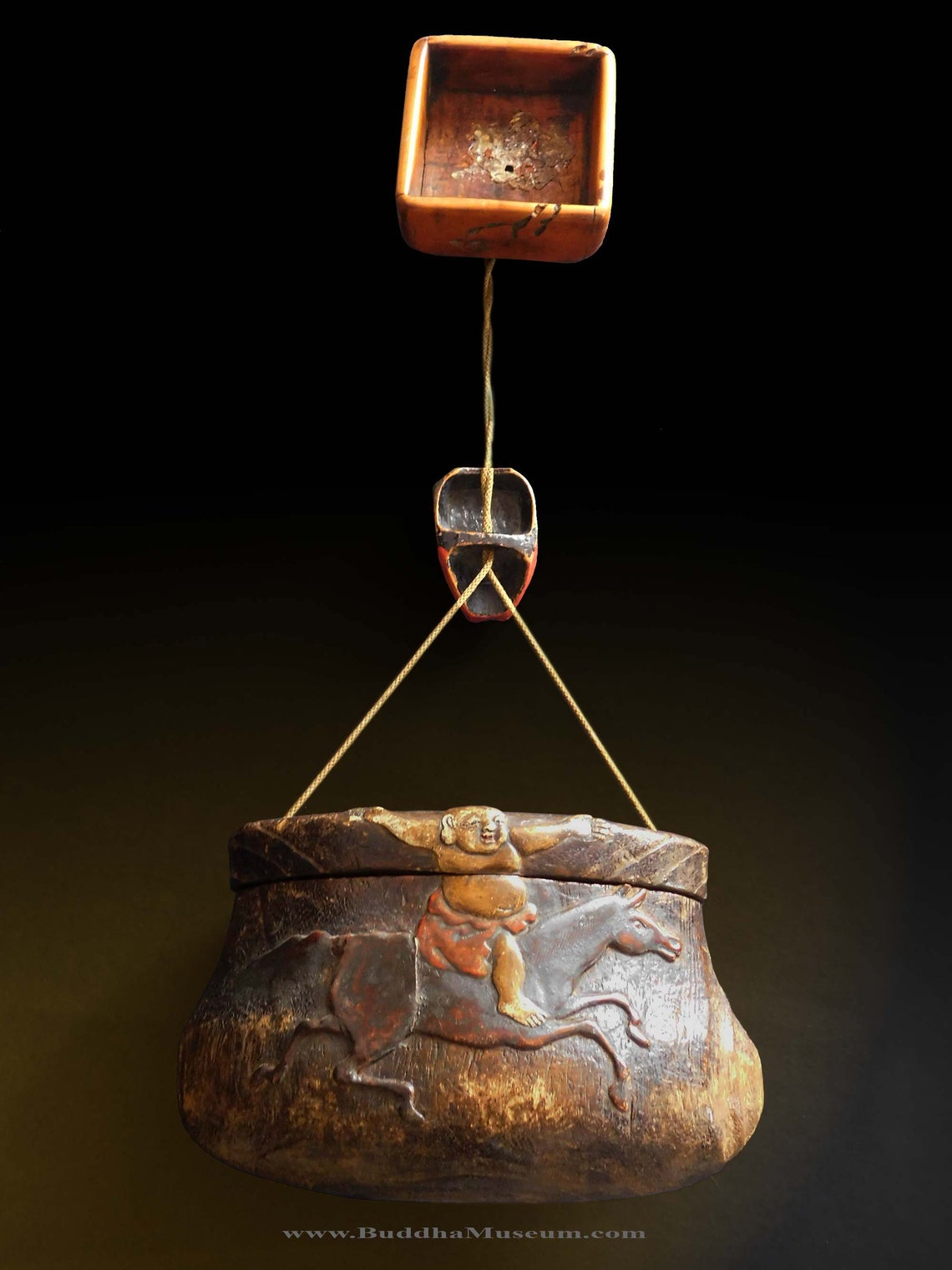