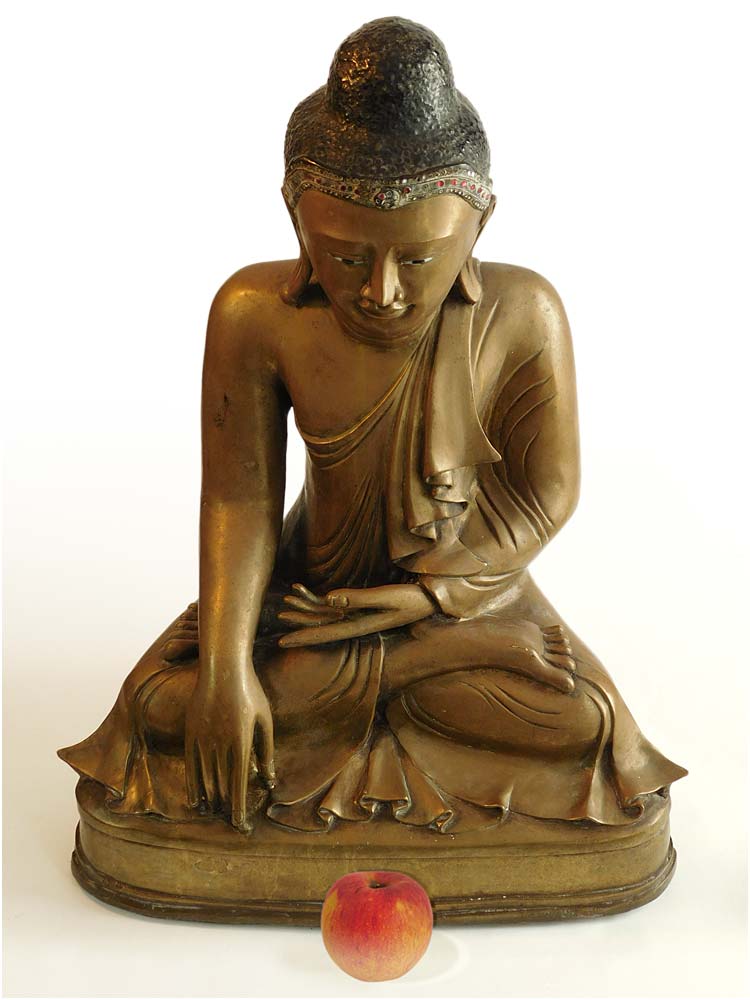 Antique Myanmar Bronze Statue
Flowing lines and graceful contours in distinct symmetric simplicity, the aesthetics of this Mandalay Buddha has a reminiscent noble bearing of the Theravada Buddhist tradition. The youthful Buddha has an oval-shaped face, shell inlaid eyes downcast in meditation. His hair in a lacquered ascetic chignon with a glass mosaic headband, legs crossed in Padmasana, and hands in Dhyana and Bhumisparsa mudras. The image portrays Siddhartha Gautama's conquest over Mara, the Lord of Illusion. At the moment when the Historic Buddha achieved the state of universal consciousness known as "Calling the Earth for Witness". That the ultimate goal for every Buddhist practitioner is to attain total illumination of the mind (Nirvana), essentially this moment of the Buddha's life remains the most important iconographic theme in variations of Buddha statues. True to its allegory, this ponderous Buddha is a realization of harmony in the perception of the divine. The artistry of the work is exceptional, cast with great care adorn an evenly smooth surface, it has an aged mellow bronze natural patina, in excellent preservation. 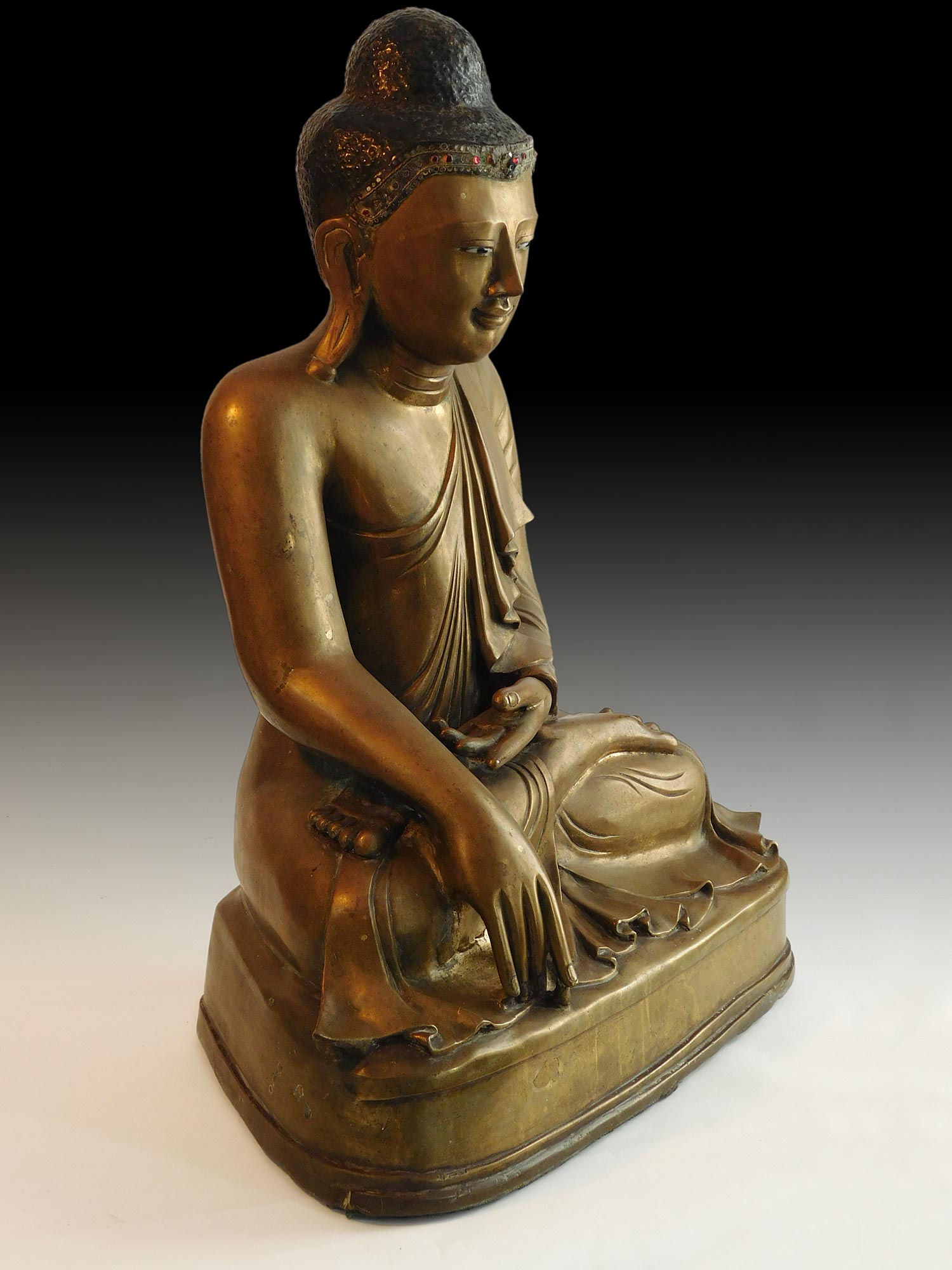 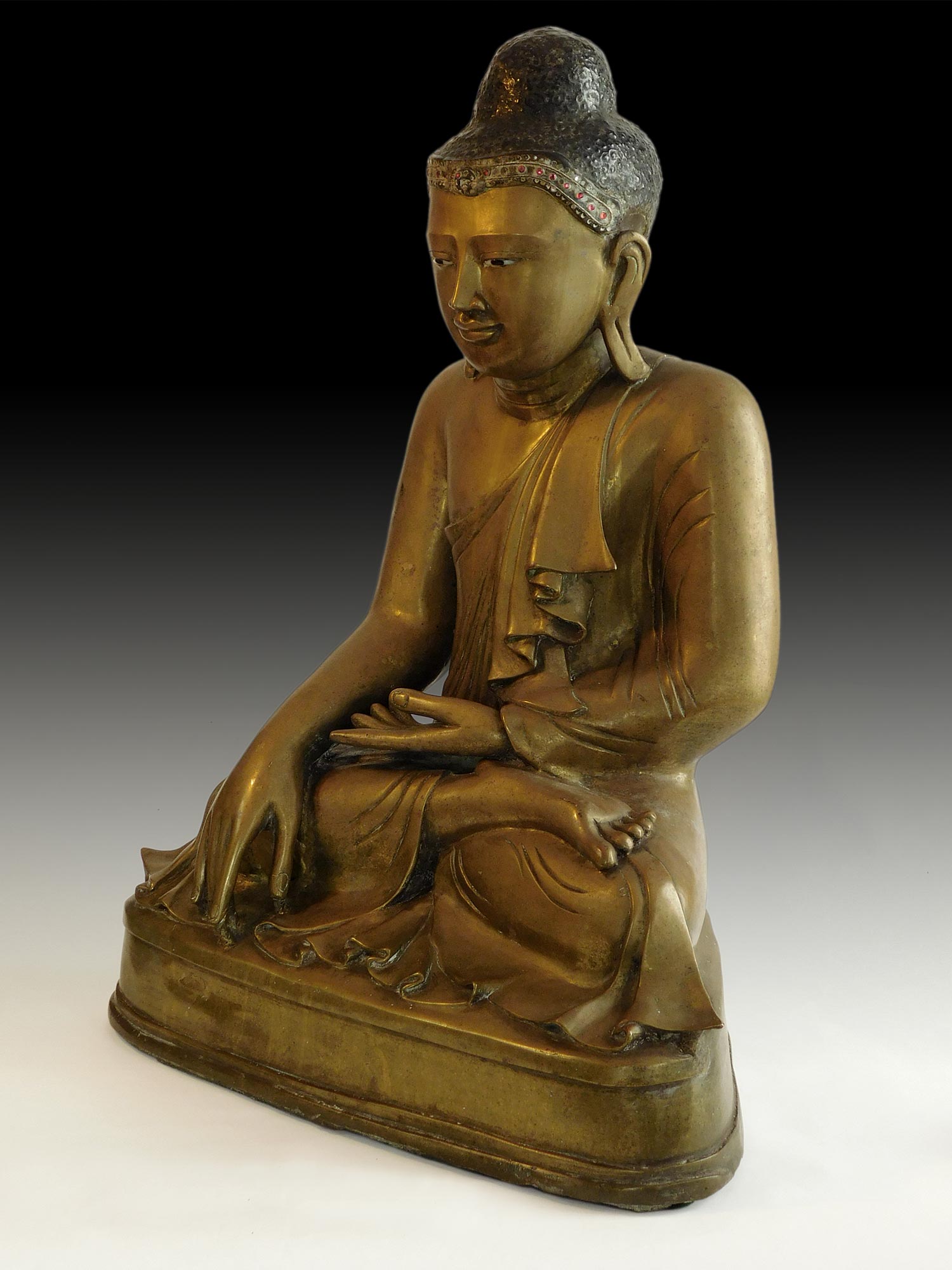 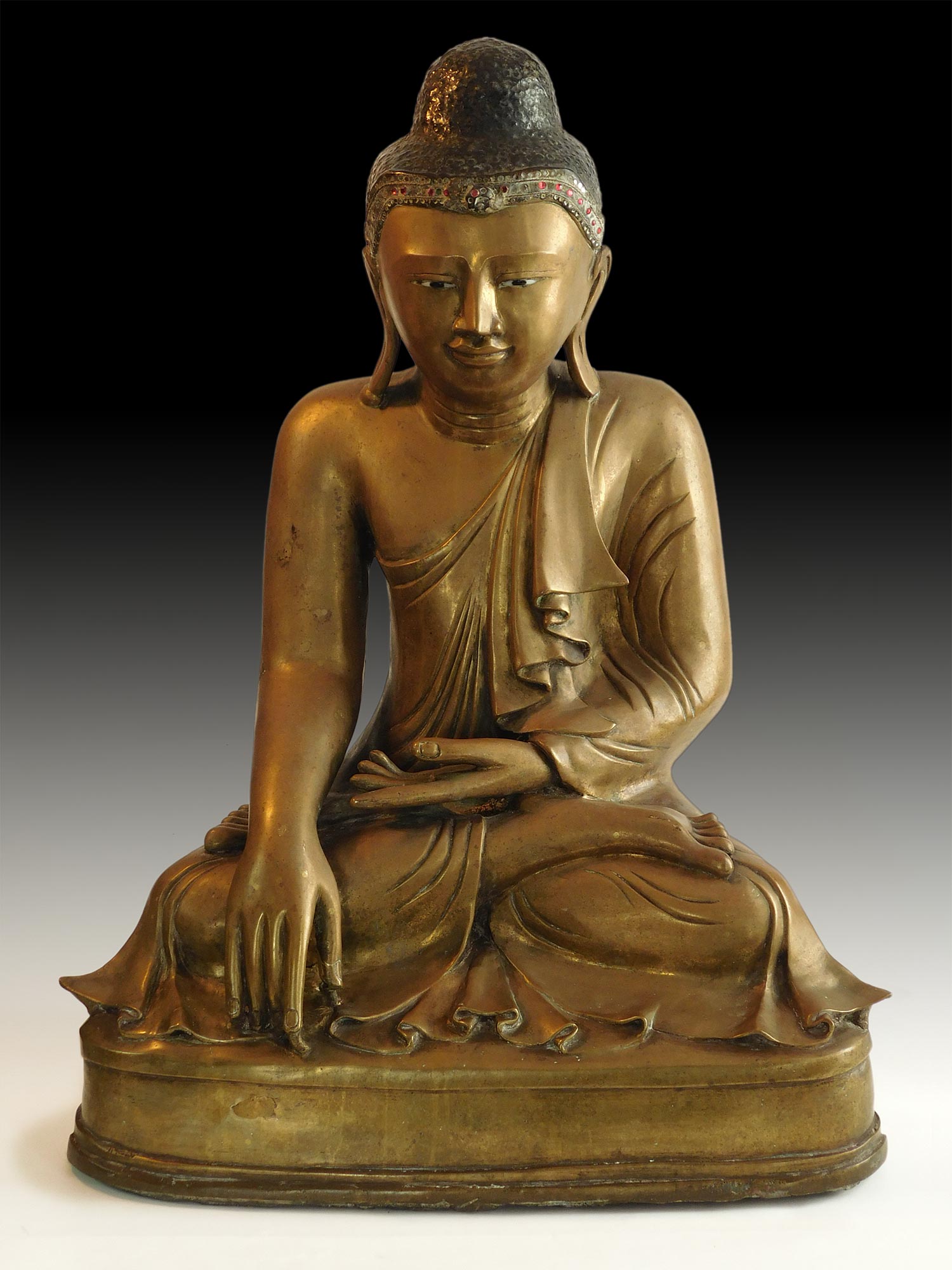 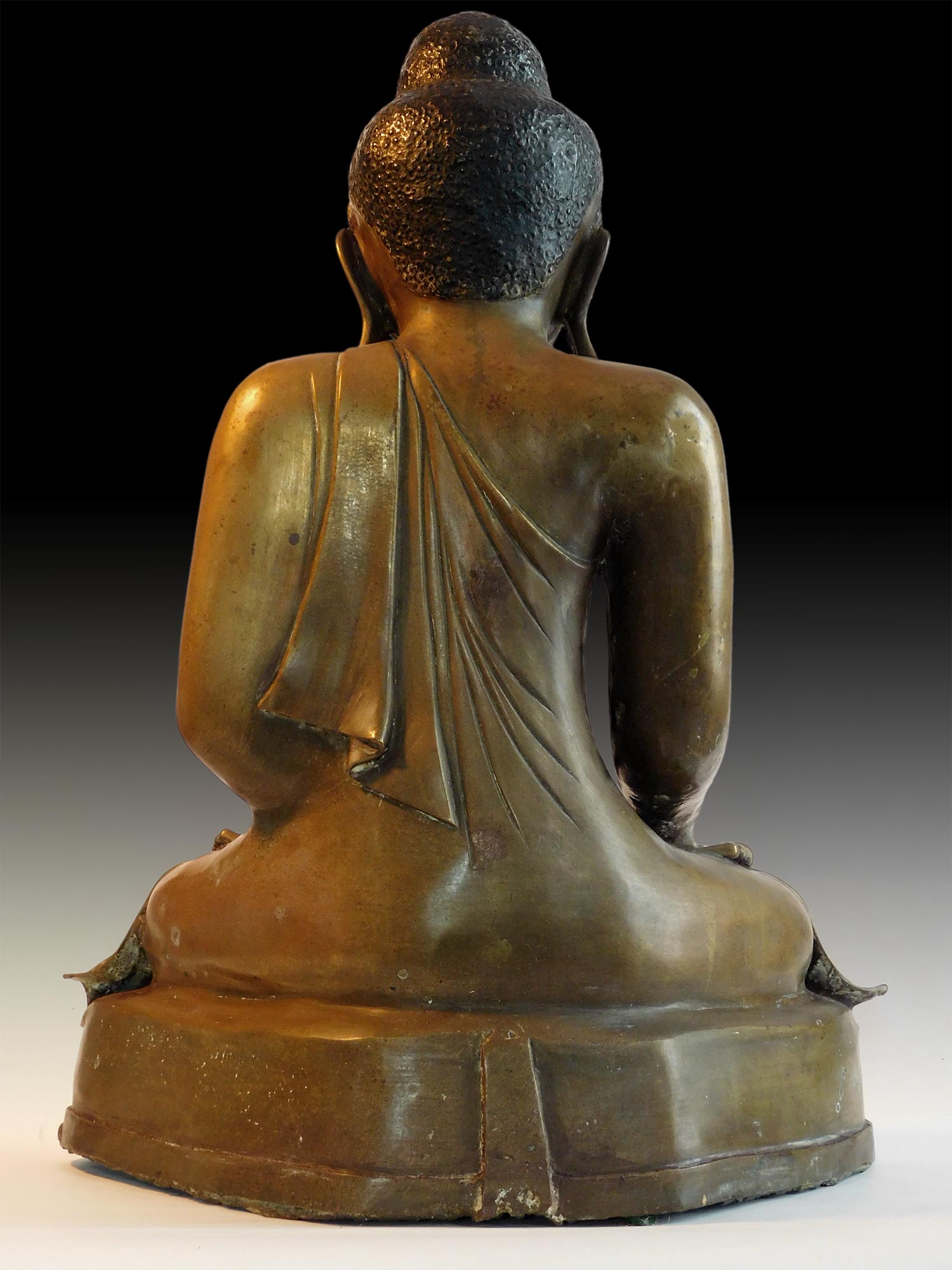 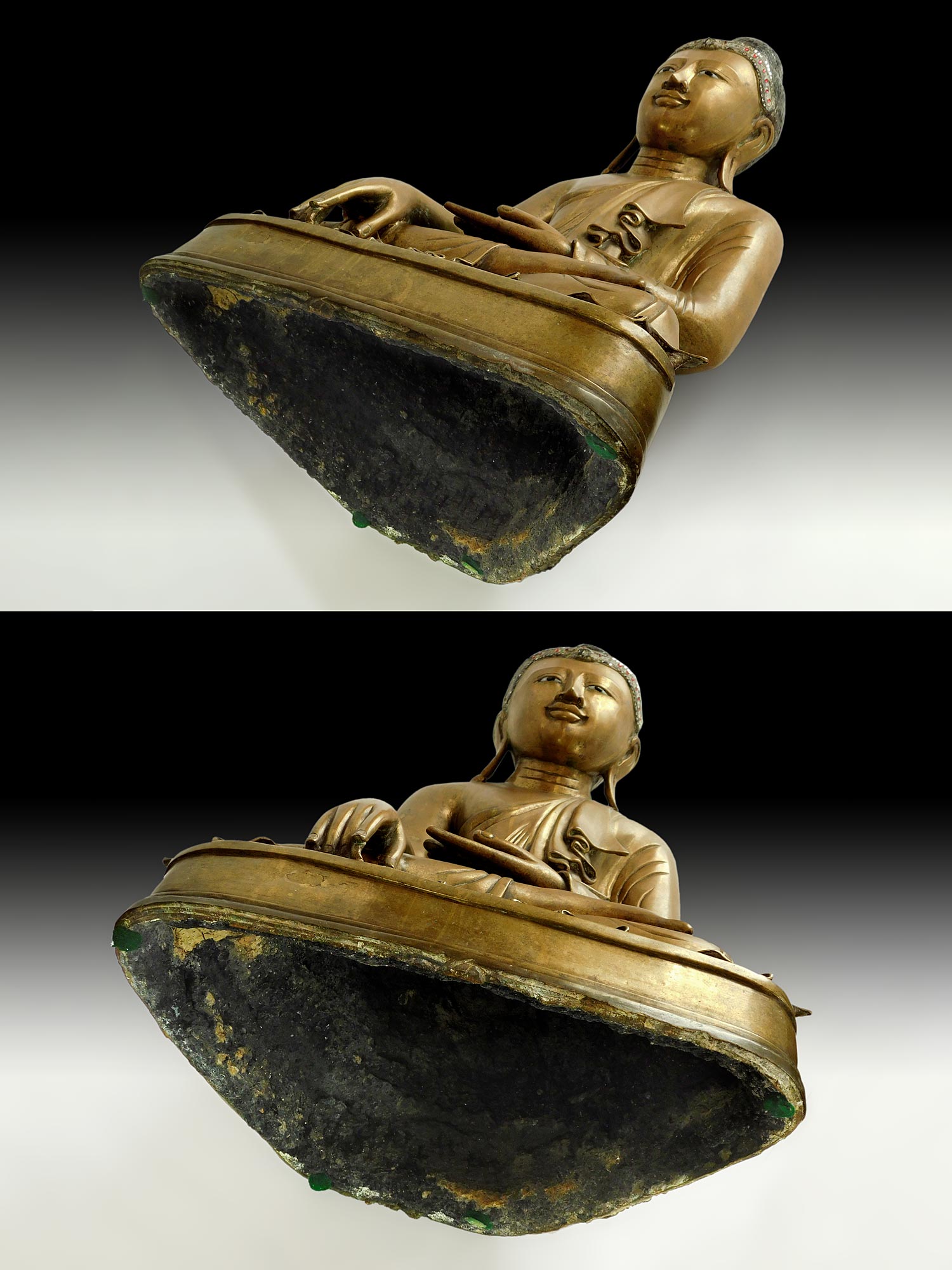 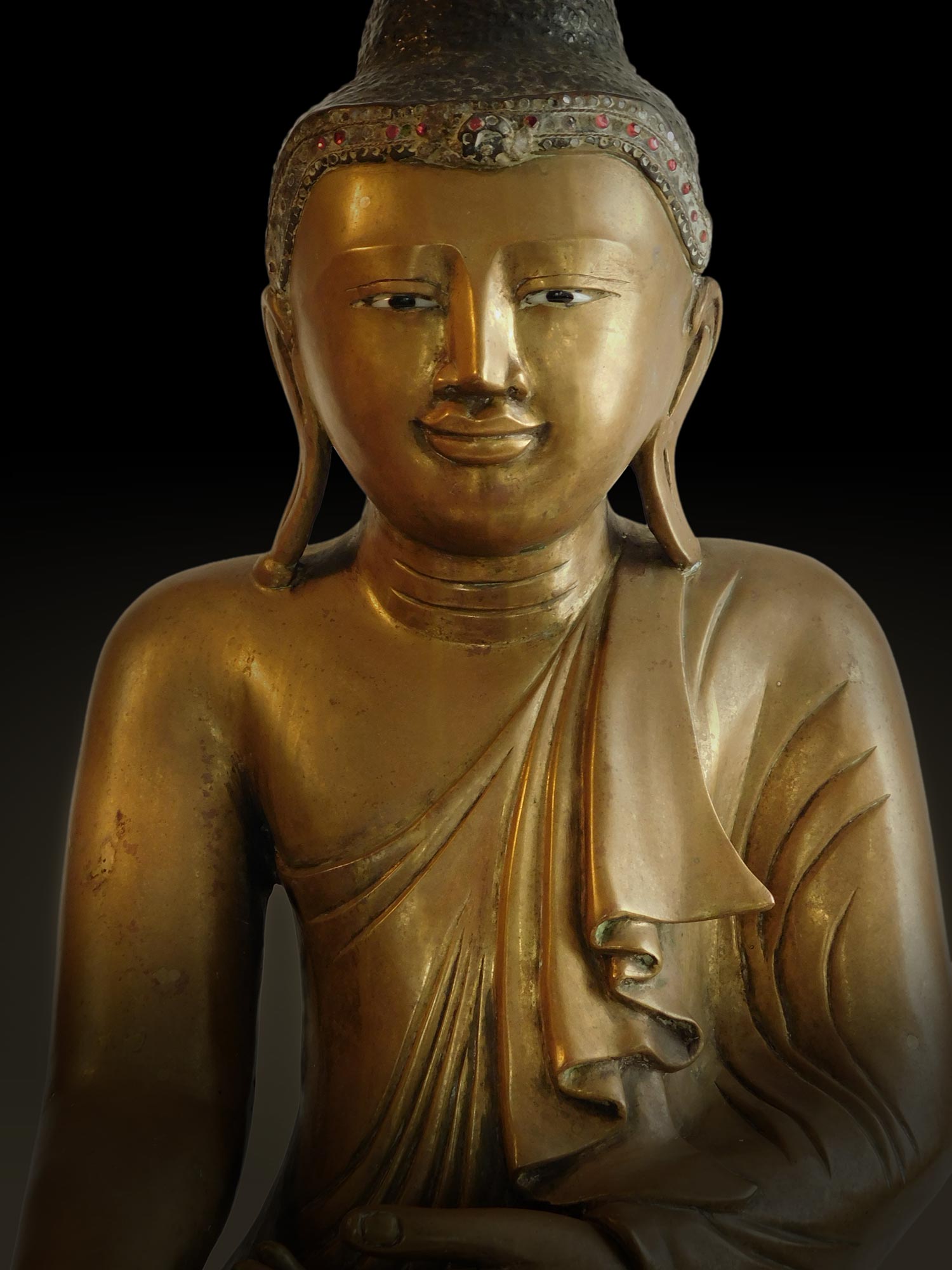