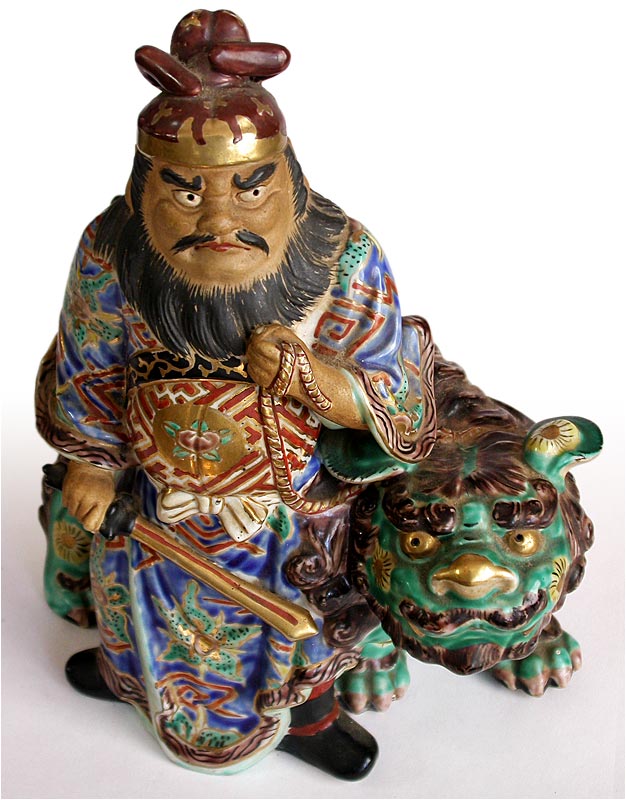 Private Collection
Shoki the Ghost Eater, also known as the Judge of Hell. Whose Chinese name is Zongkai. He is a Buddhist deity commonly worshipped as a demon queller in China and Japan, traditionally shown in an aggressive pose slaying demons with drawn sword. However, given the characteristic Japanese love of laughter, Shoki is often represented in okimono and netsuke as a comical hero. As depicted here in this small yet complex Kutani figure, the wildly Shoki is tightly grabbing the leash of his legendary pet lion, the witty expression of the beast is keenly matching that of his owner's, so doubled the charms to the otherwise ferocious pair. Granting the lighthearted approach in these virile figures, the mottled red and bright green glaze finishing suggested that the okimono was decorated in Kaga. A highly collectible find. 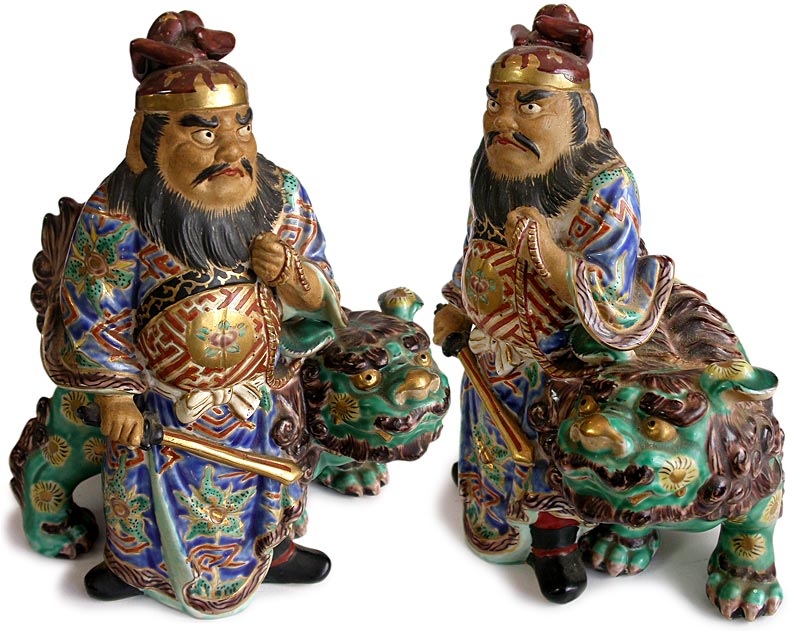 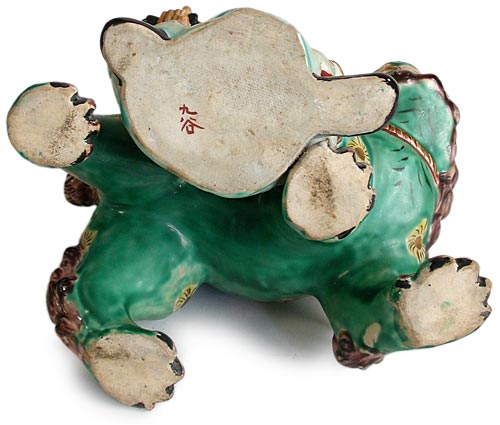 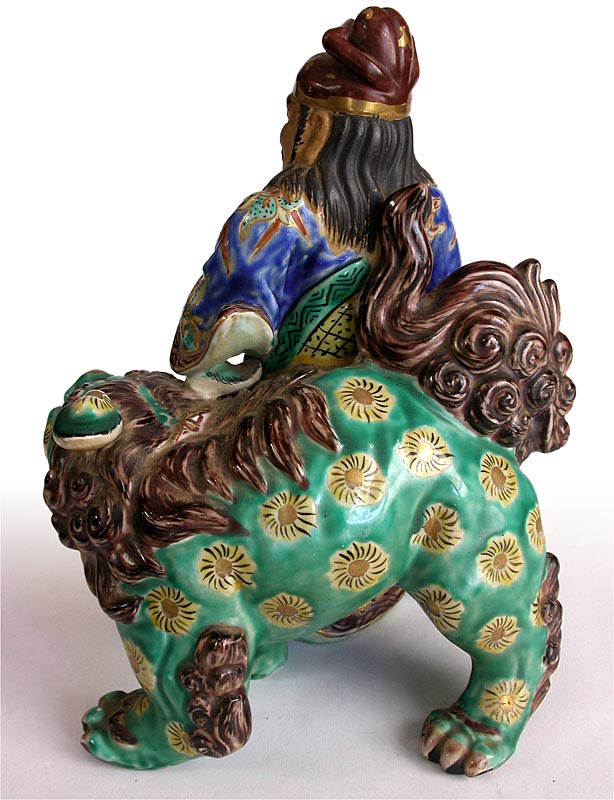 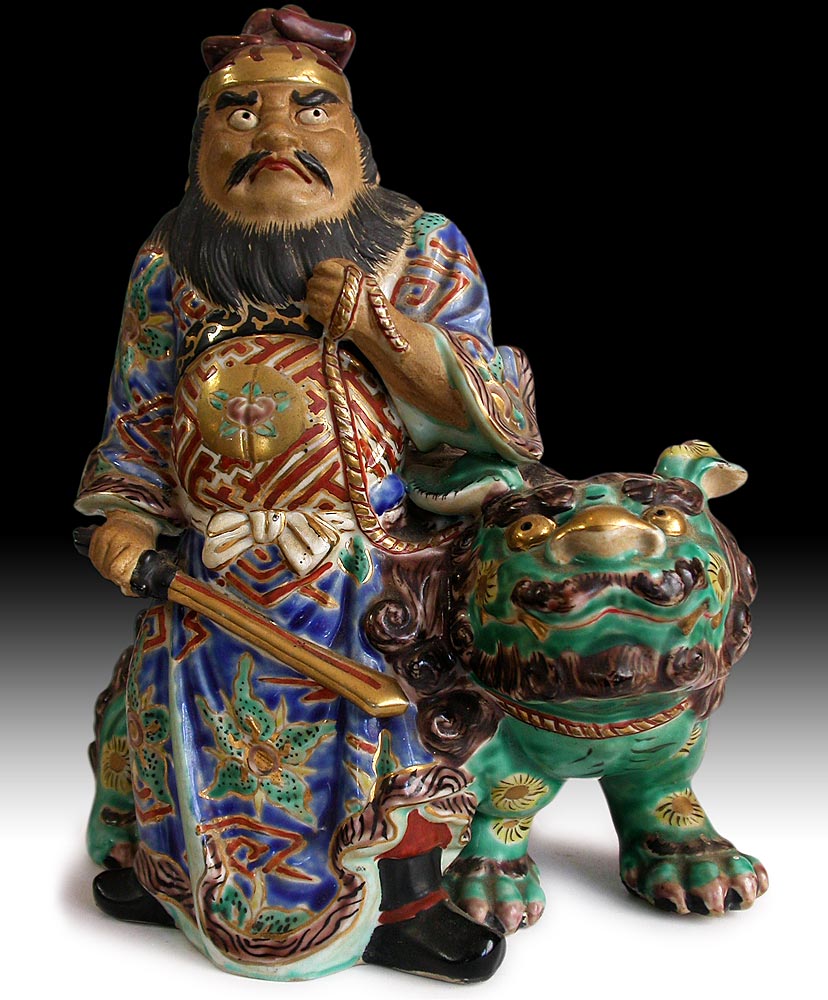