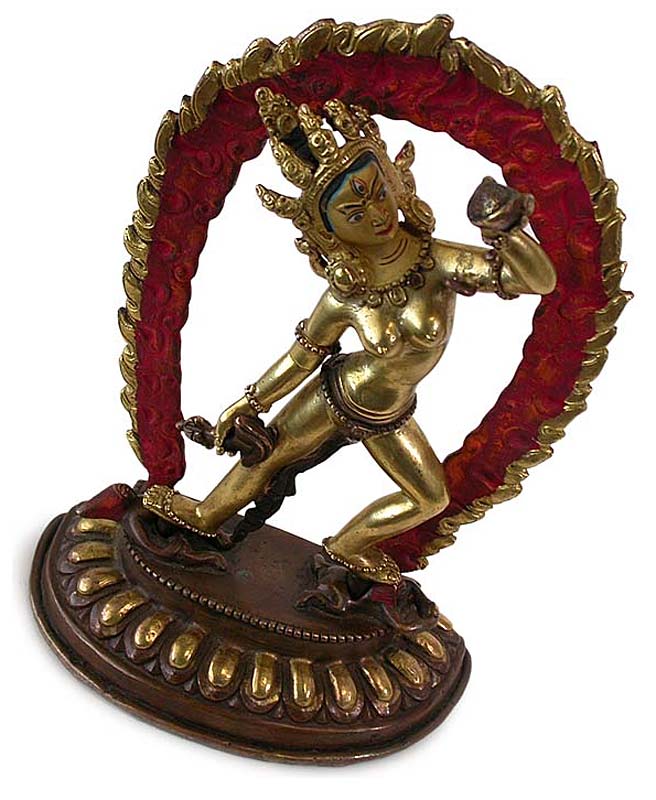 Tibetan Vajrayogini, cast during the late 19th century in a brilliant shining gilded bronze. The tantric Buddhist Deity stands on top two corpses, said to be a symbolic triumph over ignorance and abandonment. A fiery aureole rises from a lotus plinth, painted on red highlighting the arc of flame. Her face is one of scorn, concentrated, and traced with color. She holds in her left hand a skull cup complete with a halved brain, and in her right hand a flaying knife held at the level of her knee. Traditionally in Buddhist and Hindu symbolism, the flaying knife or Kartri, is a ritual tool used to chop up corpses so that they can be devoured by carrion birds and other animals.

A beautiful piece, capturing the horror and strength of the Deity, meant to be meditated upon by those with strong desirous attachments. This sadhara (practice) originated in India between the 10th and 12th century, as did her iconography on display in this piece. There is a bronze loop on her left arm, a possible resting place for her consort Chakrasamvara, taking the form of a spear. In excellent condition. 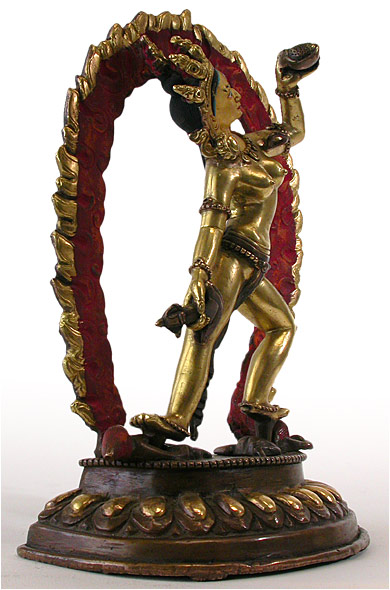 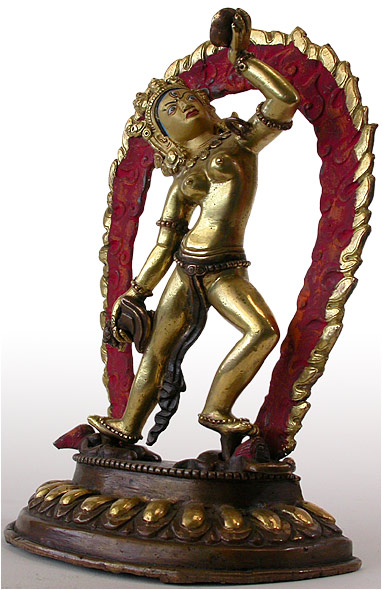 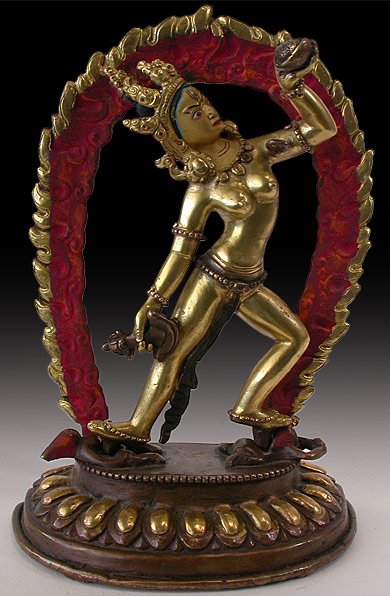 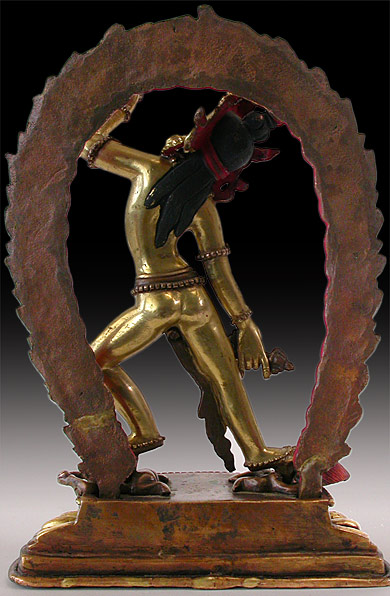