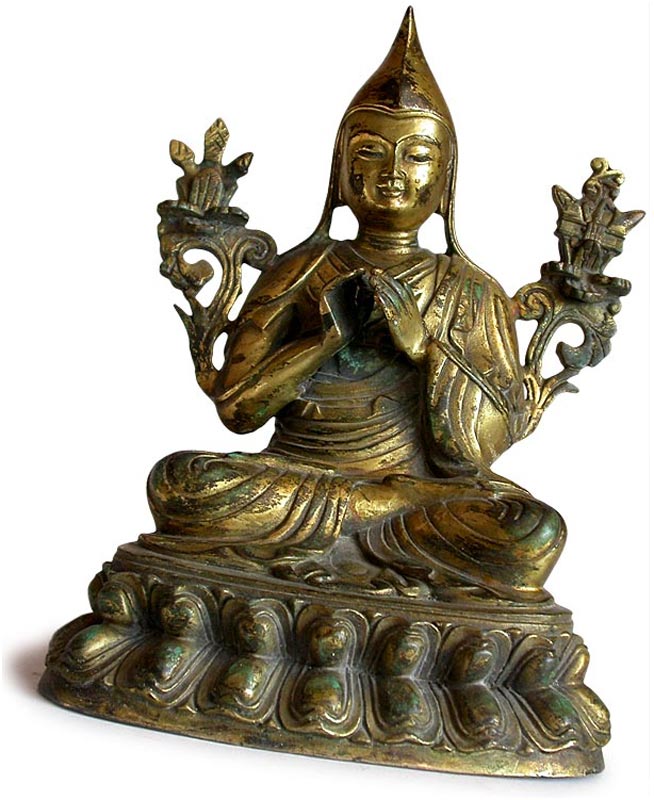 Antique Sino Tibetan Gilt Bronze Buddha
Antique Chinese gilded bronze, black patina with green malachite. Depicting Je Tsong Khapa, the eminent scholar who reformed the old Kadampa sect, creating the new Gelugpa sect (the Yellow Hats), eventually converting Mongolia and all other Himalayan kingdoms to Tibetan Buddhism. In 1409 he founded the massive Ganden Monastic University with many thousands of monks.
Taught from early childhood by numerous lamas of different traditions, Tsong Khapa traveled widely in Tibet collecting teachings, lineages and empowerments until he had thoroughly mastered all aspects of Buddhist logic and practice. He is revered by Tibetans as an emanation of the Buddhist god of wisdom, Manjushri. Just as William Blake had persistent visions of angels, so Tsong Khapa is reported to have regularly seen and conversed with Manjushri from an early age. He wrote:
All ordinary beings are carried by the continuum of the four powerful currents,
and tied with the tight bonds of actions difficult to oppose.
Having entered into the iron cage of belief in an inherently existing self.
They are completely beclouded with the thick darkness of ignorance.
Vow, then, to awaken. 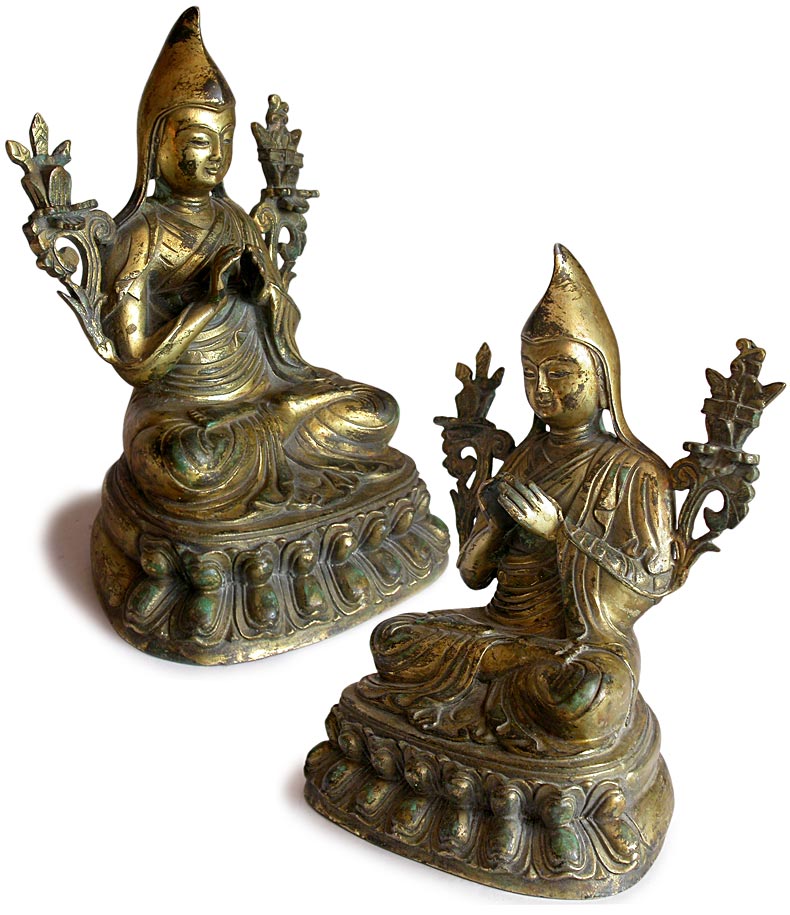 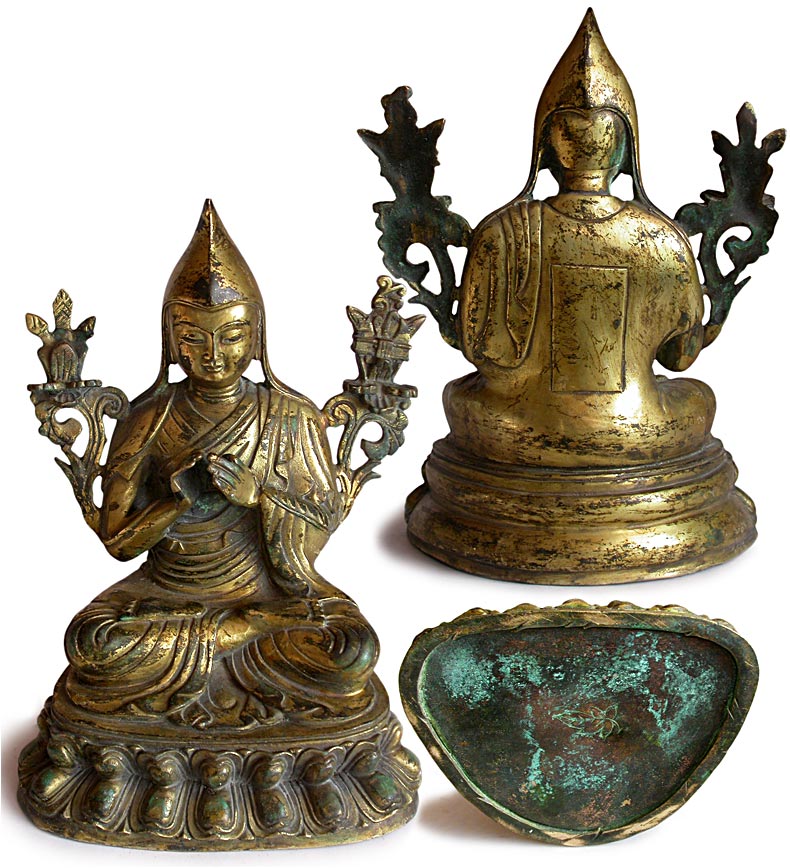