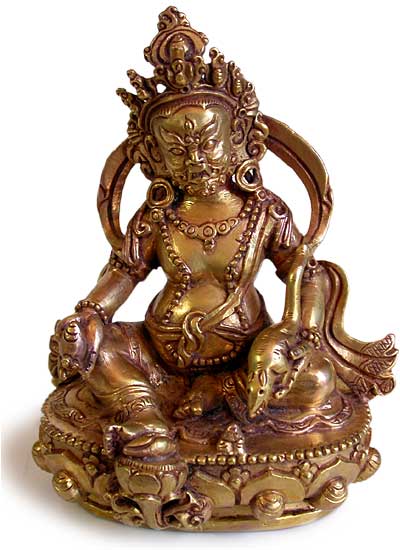 Tibeto-Chinese Gilt Bronze
Kubera is sometimes shown riding on a snow-lion, or in Vaishravan yab-yum position with his consort. Among statues of Kubera seated in royal ease, this finely casted bronze statue is unique. Incorporated with elements of both medieval Eastern Indian, and Newari tradition of the Katmandu Buddhist art tradition and design motifs, the superb gilding and intricate details of this small bronze is a hallmark of Tibetan sculptures of around 17th-19th century; possibly created in the Imperial Workshop under the Qing patronage.
Fully endorsed with conch shells (a symbol of prosperous voyage), seated in lalitasana on a lotus throne, his pendent right foot supported on a lotus bud, right hand holding a conch shell, and his left holds a Nakula Mongoose (which believed to be the receptacle of all riches). The commanding presence of this statue of Kubera befits his role as the emanation of Vaisravana Dharmarpala, the Lord of Wealth and Guardian Deity of the North. He is the most important deity among the eight generals of Vaisravana. The statue is sealed with a copper base engraved with a double vajra, an indication of a ritual blessing known as "rab gnas", a consecrated process which a high ranking Lama invites the deity to enter into the completed image, and the statue is believed to contain the actual presence of the deity, the dharmakaya, or Truth Body of the Buddha. 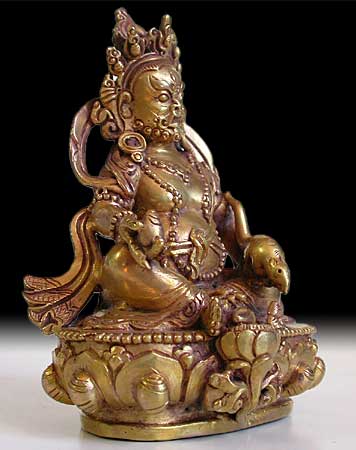 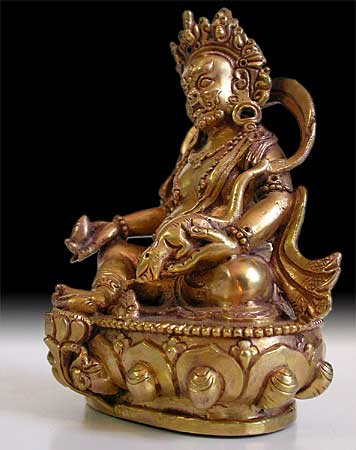 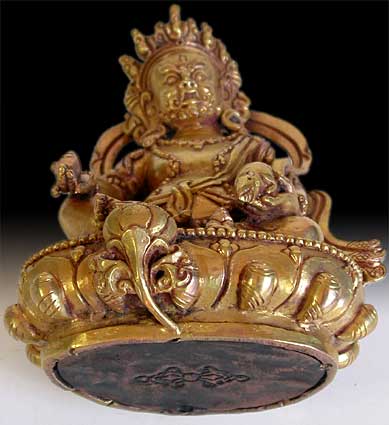 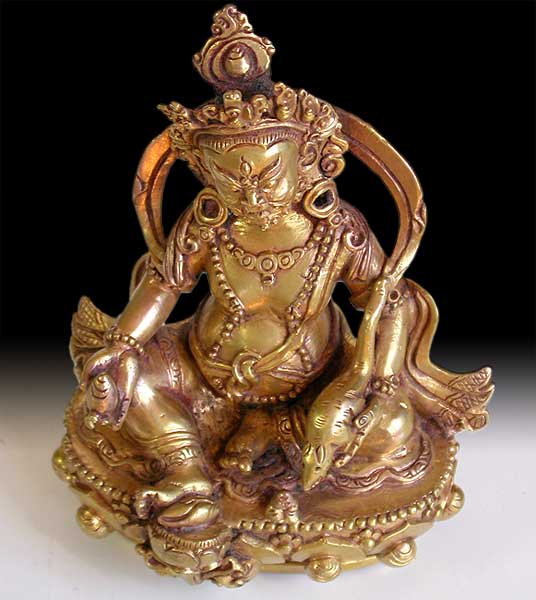 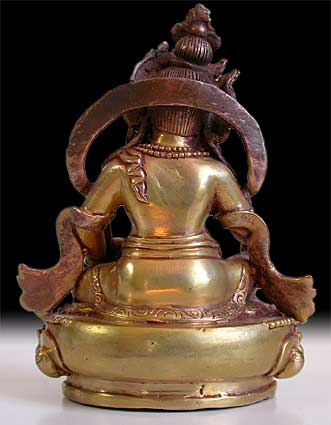