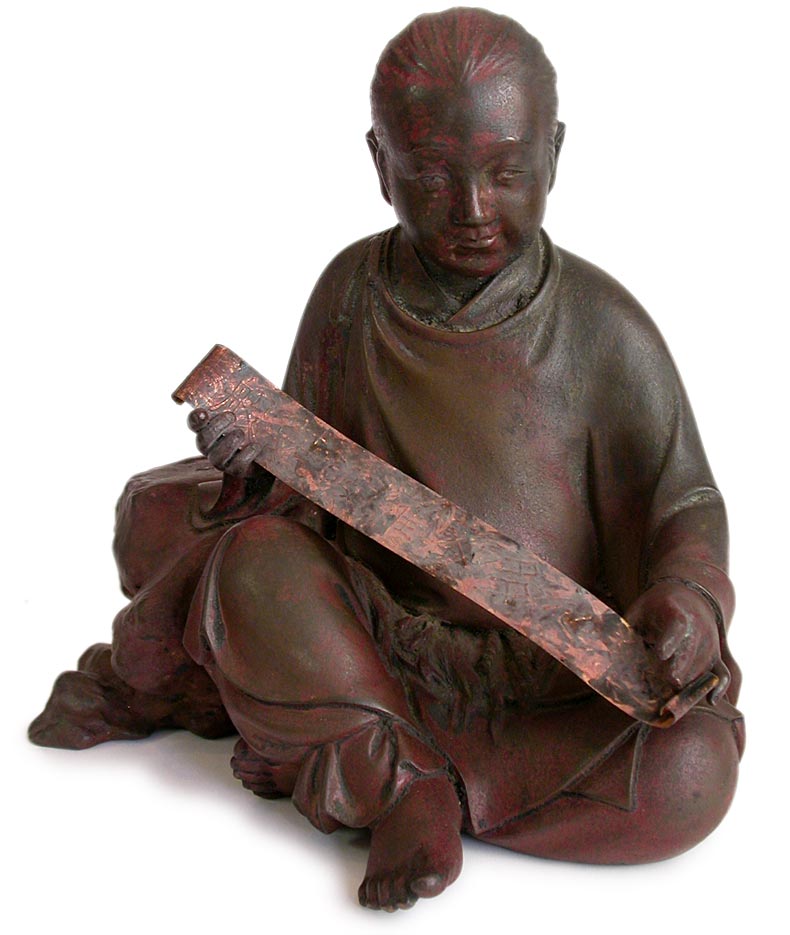 Antique Japanese Lacquered Bronze
The story of Zenzai Doji as a youth in searches for the teachings of the Buddha was first described in the Kegon Kyo Sutra in the 3rd century. On his fifty-three pilgrimages, he encountered fifty-five saints and sages, then ultimately attained spiritual enlightenment and became a bodhisattva. Zenzai Doji is often depicted as the Red Boy (Sudhana), an acolyte of Kannon Bosatsu (Guanyin Bodhisattva). An account of Sudhana is detailed in the classic Journey to the West. The stance of this charming depiction of Zenzai Doji is lively and naturalistic, he is dressed in scholar garments seated by a rock, whose eyes gazed downward studying with a sutra scroll in hands, eyes and brows are fine and expressive, facial features are realistically represented to be an individualistic portraiture of the youthful immortal, pose in a distinctive composition with fleshiness and movements, in fluid contours the figure is rendered to perfection without any of the decorative patterns. In its present state, the bronze shows a few small patches of hardened corrosion, particularly around the back and indented areas, a partial surface of burgundy red lacquer has faded into gray. Whereas the frontal figure has an original patina varies from bronze color to tint of lacquer red, with dusty incrustation remains on the surface throughout, the aged figure was likely excavated from below ground at one point. It’s also possible that a small koro was once above the rock to his right. Otherwise this impressive statue is remaining in fair and good condition. 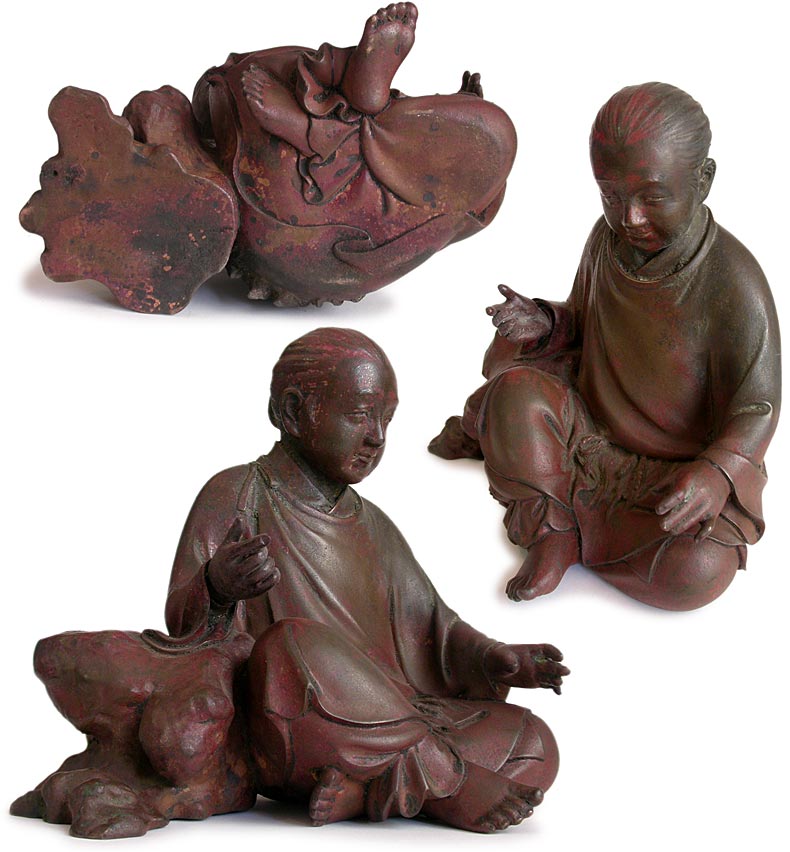 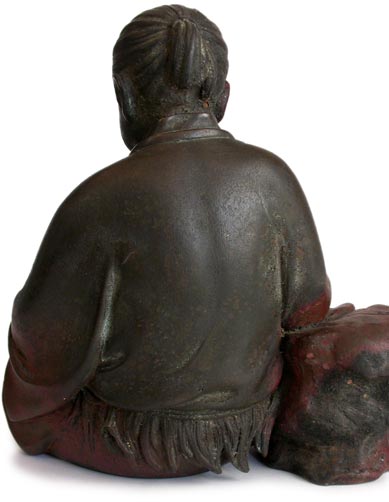 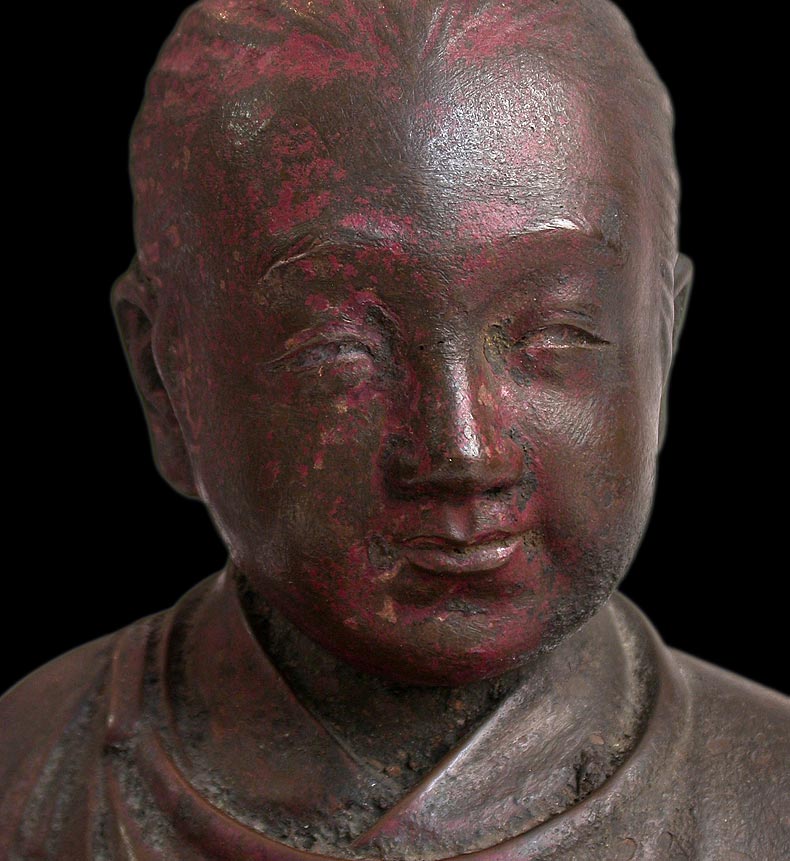