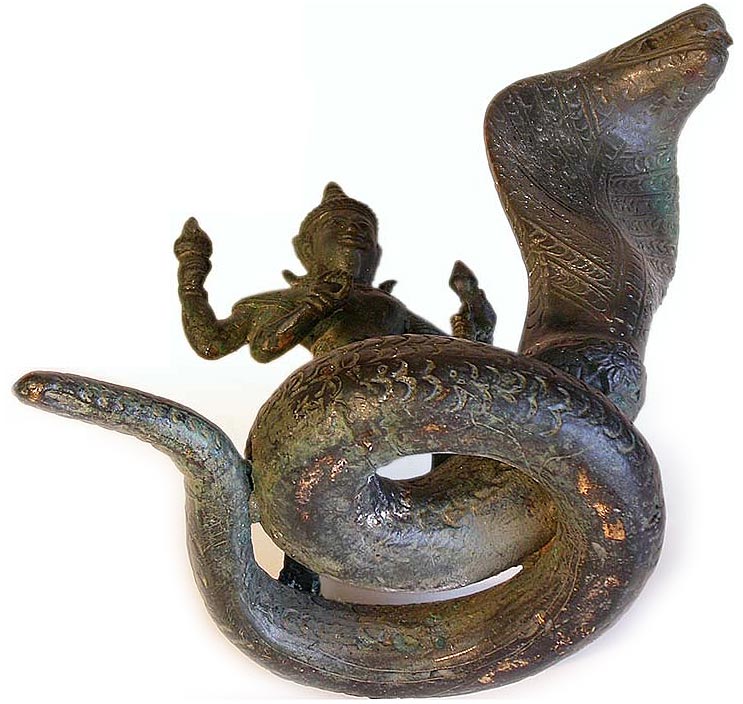 Rare Thai Bronze Buddha Statue
An unusual representation of Vishnu, the protector of all life in the universe and one of the trimurti, the Great Trinity of Brahma, Vishnu and Shiva. Vishnu is often seen with a naga, usually represented as a cobra, a symbol of life and fertility, cyclic time and immortality. When Vishnu rests in cosmic slumber, his bed is the coils of the snake Shesha, a serpent which floats on the cosmic sea of eternity, symbolizing the pre-creation cosmos lying dormant. However in this antique bronze Vishnu has awakened from his sleep and ascends the coils of the naga, which is adorned with lotus motifs on its back and on a cord tied around its body. Vishnu wears a high Thai crown and holds in his hands a whisk, a conch, a gada, (or mace, which is identified with him); his left hand is in vitarka mudra, which, when held close to the body as it is here, demonstrates the god’s pure intellectual wisdom and perfection of judgement. An intriguing work with an unusual configuration, the piece has acquired a patina of age with black and green oxidation. 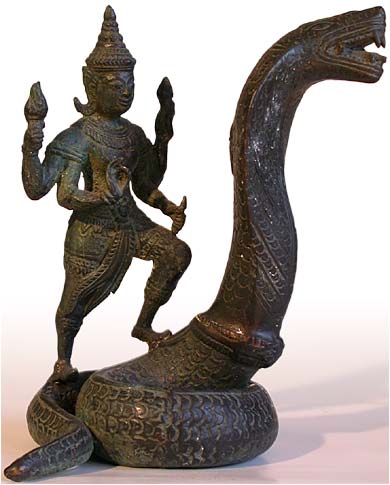 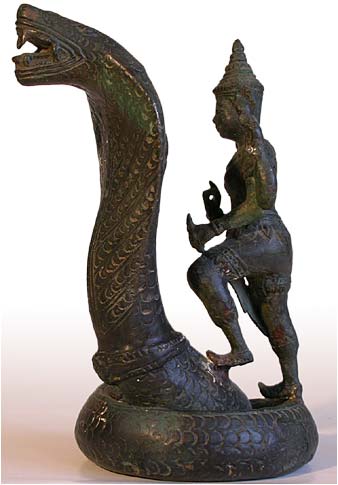 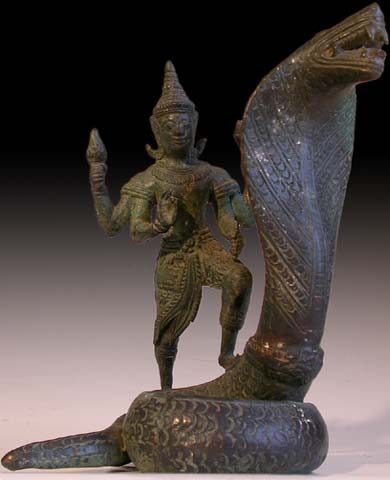 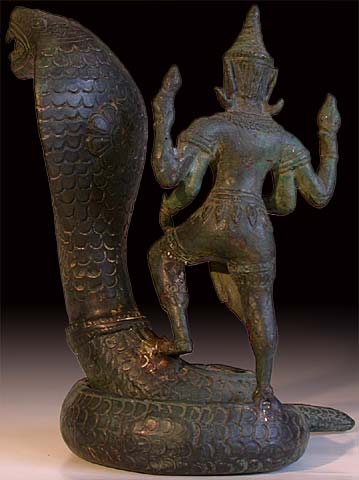 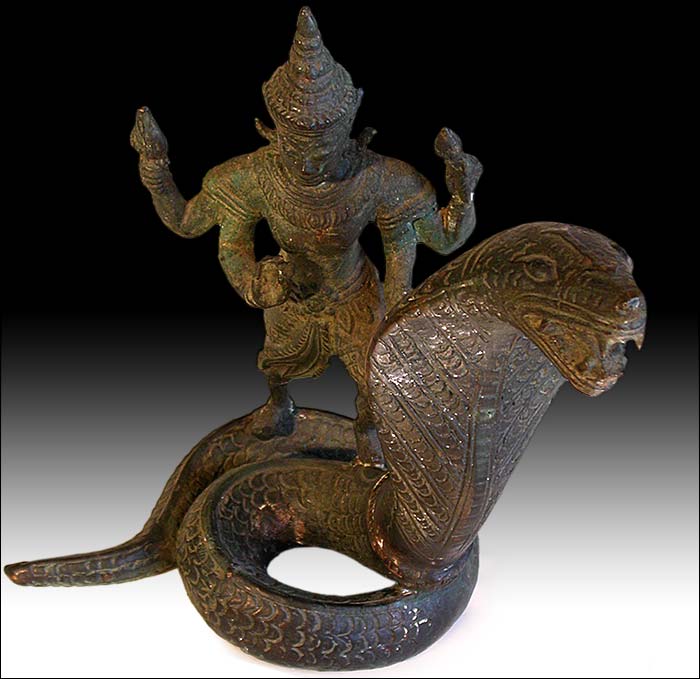