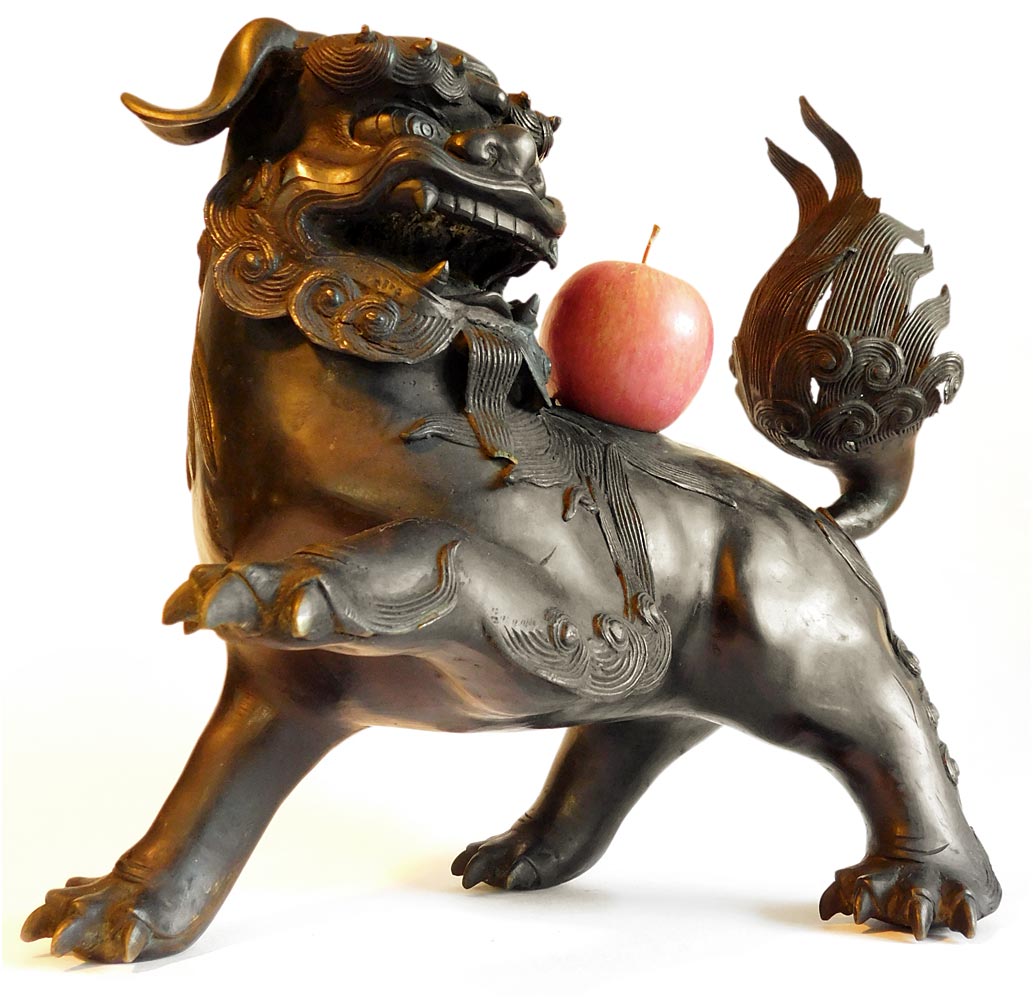 Antique Chinese Bronze Censer
The dragon is the sacred symbol of imperial China. Since the Han Dynasty in the third century, Guardian lions are manifested as powerful and miraculous protectors that served to safeguard the imperial palaces, emperors' tombs, and government offices. In this dense and finely cast bronze censer, the playful guardian lion is frolicking with one paw lifted in a classic pose. The creature is realistically rendered, with broad muzzles, jutting fangs, and square open jaws. The composition is dynamic, with wavey mane and resplendent lion tail flowing and curling in the air. The lion was caught in the moment as it turned its head back with a playfully astonished expression. True to the traditional Chinese aesthetics that preserved its powerful force of character. The work is expertly cast and expressively poignant. The bronze surface resembles a singed smooth terrain, and it has since darkened to a deep copper brown patina. Vigorous in appearances and crisp informs, with minor loss of two mane tips, this dynamic censer undoubted is an exceptional work of art of the Qing period. 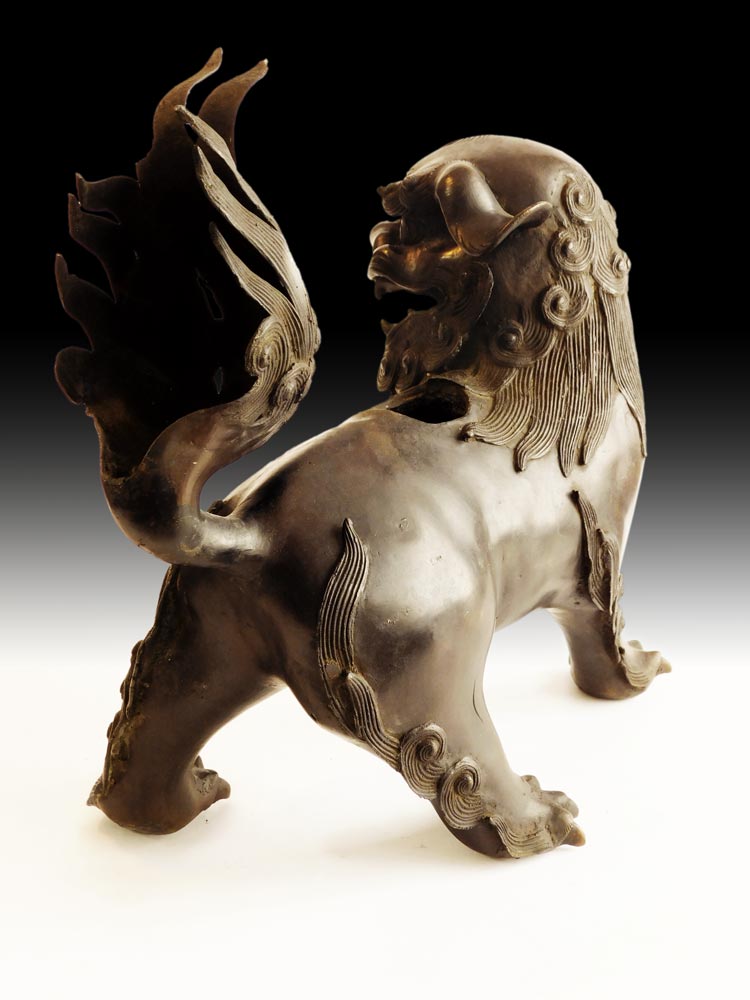 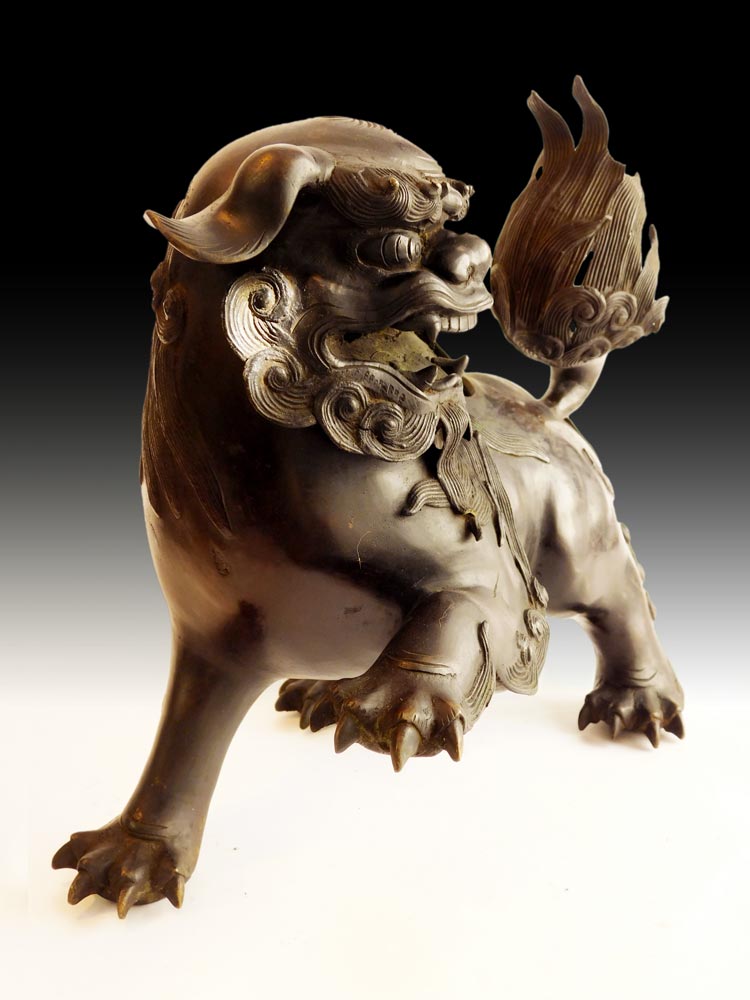 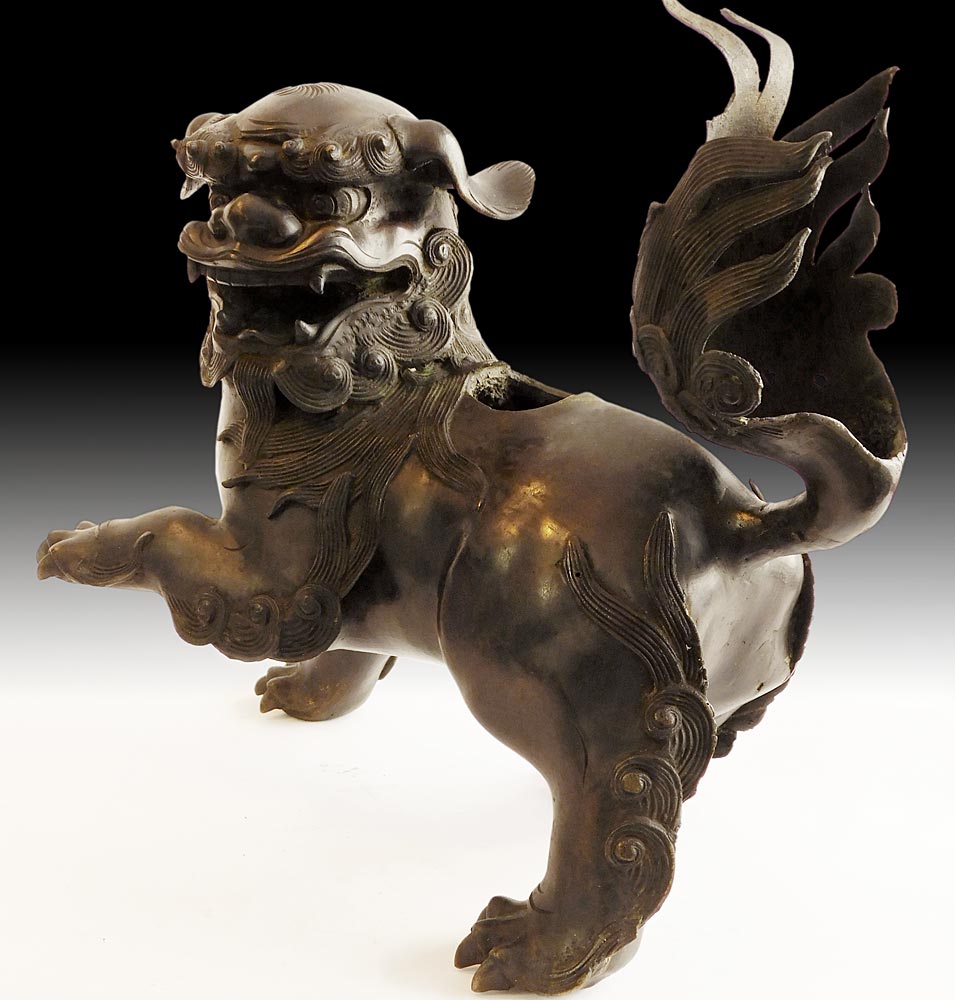 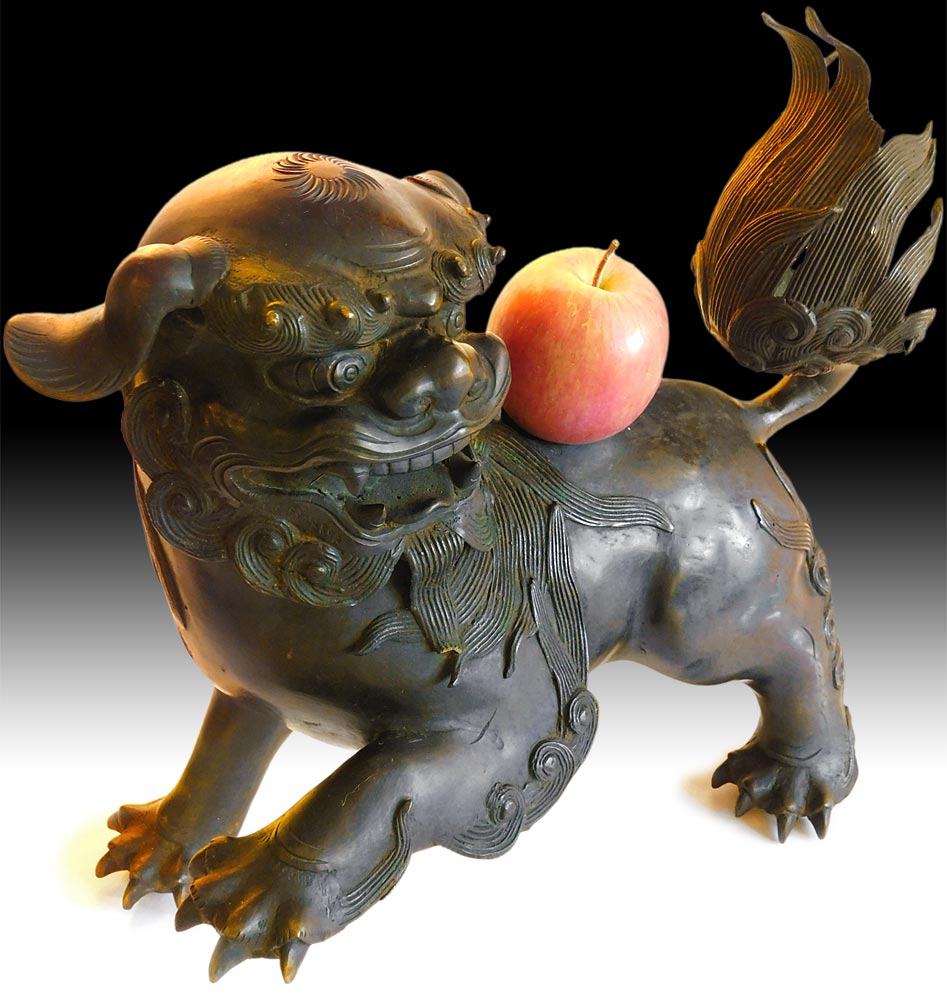 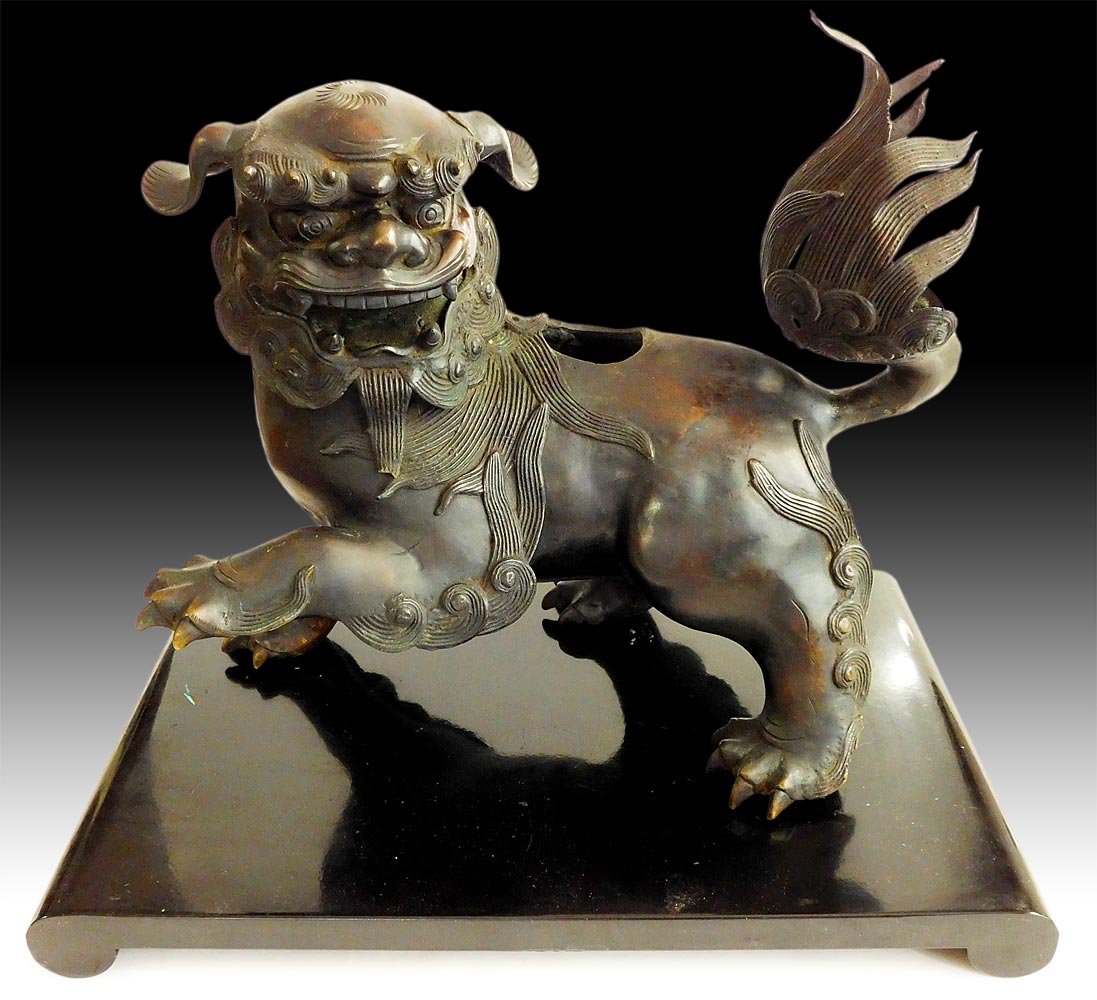