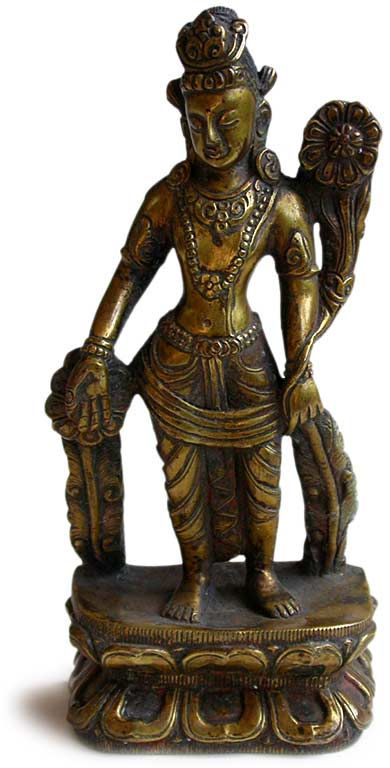 Nepalese Gold Gilt Bronze Buddha
The high crowned Bodhisattva Avalokitesvara stands gracefully on a rectangular pedestal, his hand in varada mudra in front of a large lotus, and to his left he holds another lotus that springs from the base, reaches above his shoulder. Elegantly proportioned, the bodhisattva wears a dhoti which is held by a jeweled belt, he is richly ornamented with necklace, earrings, bangles and armlets.
The enigmatic bronze presents many questions on dating and origin. There is no doubt that the figure is modeled after an early Kashmiri prototype; particularly evident in the double rectangular lotus petals on the base. However, there are intermingling of many influences in this bronze. Evidentially, the slim figure and simplified sash across the bodhisattva's thighs are clearly the hallmarks of a Nepalese bodhisattva. But the pinched waist, narrow eyes are akin to the Mongolian traits; moreover, as is usual with the double vajra on the base plate, it is more probable that the statue is made by a Nepalese artist, cast in a Tibetan workshop, and may have been as early as in the 13th century. 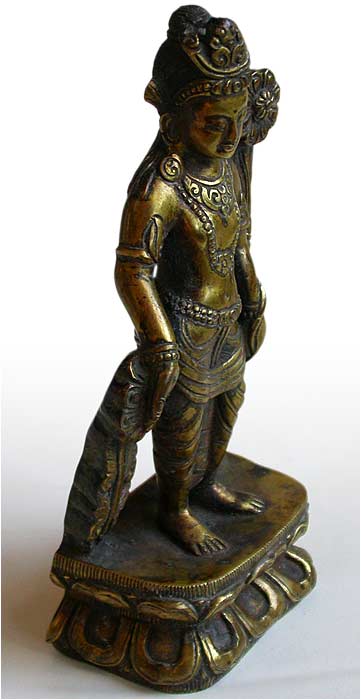 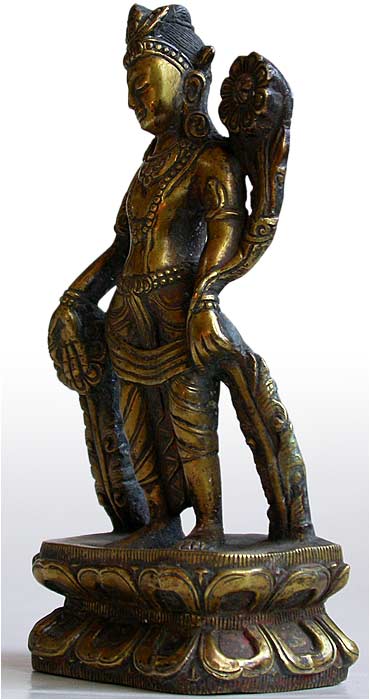 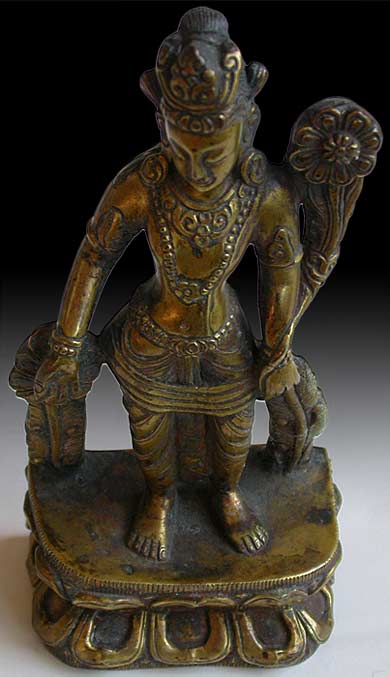 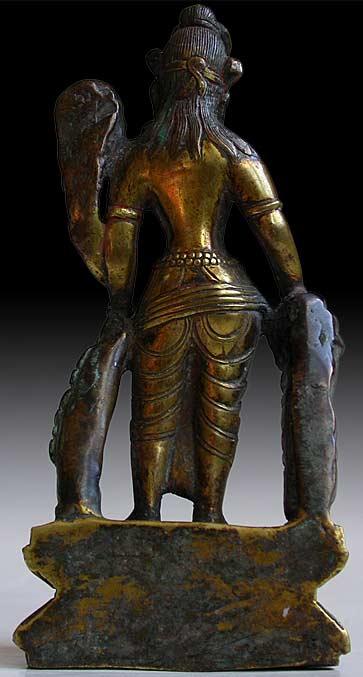 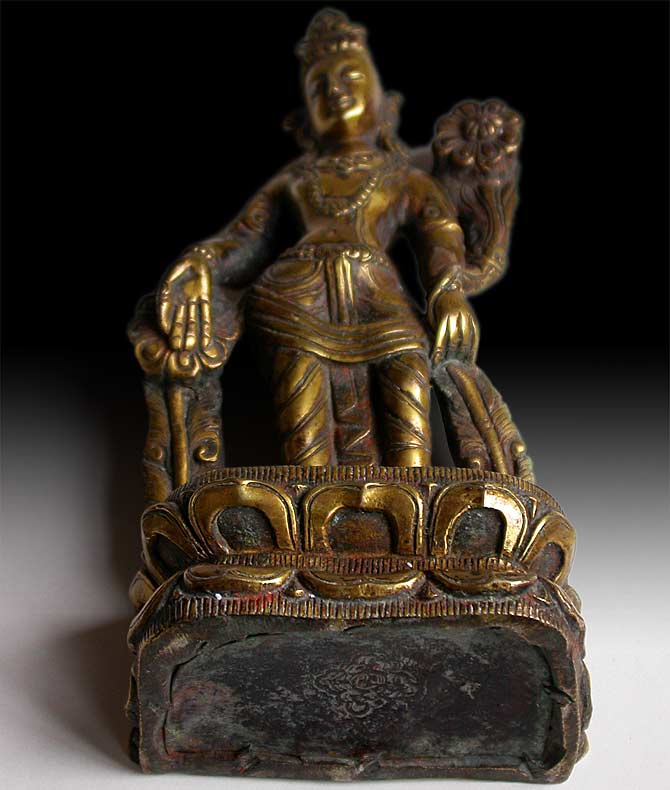