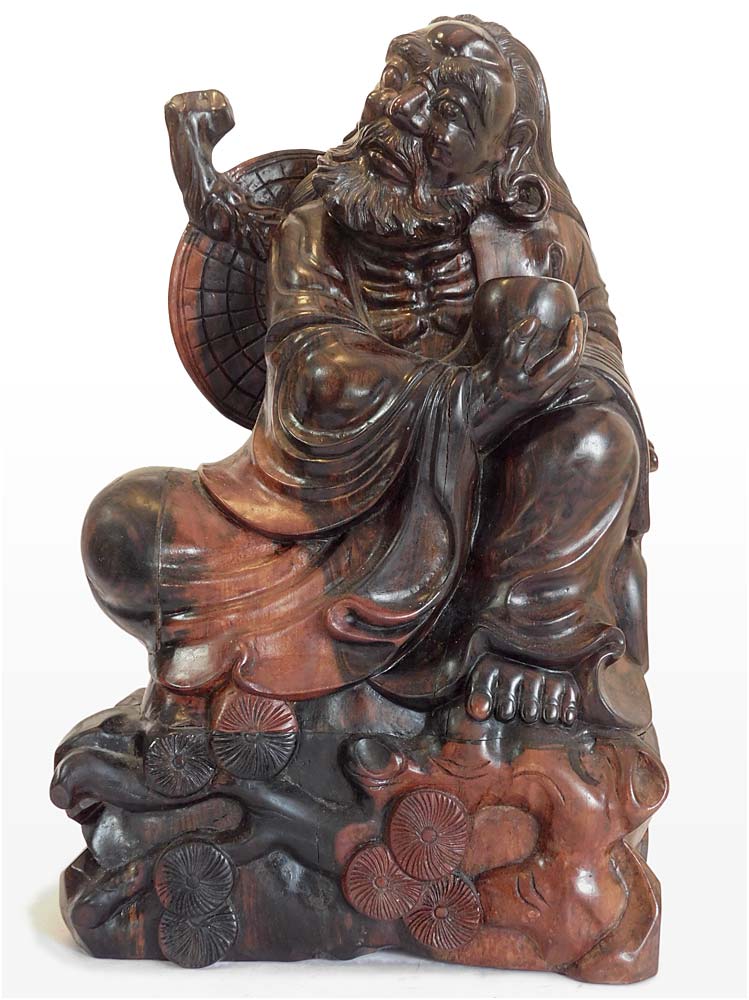 Vintage Chinese Ebony Wood Carving
A luxuriant ebony wood sculpture of barefooted Bodhidharma seated on a rock pedestal above stylized pine leaves. The Zen Master is fully robed in Royal Ease posture, with a large straw hat tied to a walking staff on his back, holding an alms bowl in his right hand. He appears with a large flaring beard, with masculine power embedded in benevolent facial features. His large eyes are intense and full of radiance; It is said that he cut off his eyelids to prevent himself from falling asleep during prolonged meditation. As legend has it, the first tea plant sprung up on the spot of earth where the eyelids fell. The Indian Brahman distanced himself from the Chinese emperors, retired into silent meditation for nine years, then proceeded to the Shaolin Temple, where his tomb was later found to contain only one shoe. Bodhidharma was also credited as the Patriarch of Zen Buddhism in Japan and known as Daruma. He taught the perfection of realization from the heart in contrast to dependence upon ritual and dogmas. The carving is stylized in the round, rendered in joined blocks on ebony with multi-colored grain. Due to its age, it has a few thin crack lines. The wood is exceedingly heavy and dense enough to sink in water. 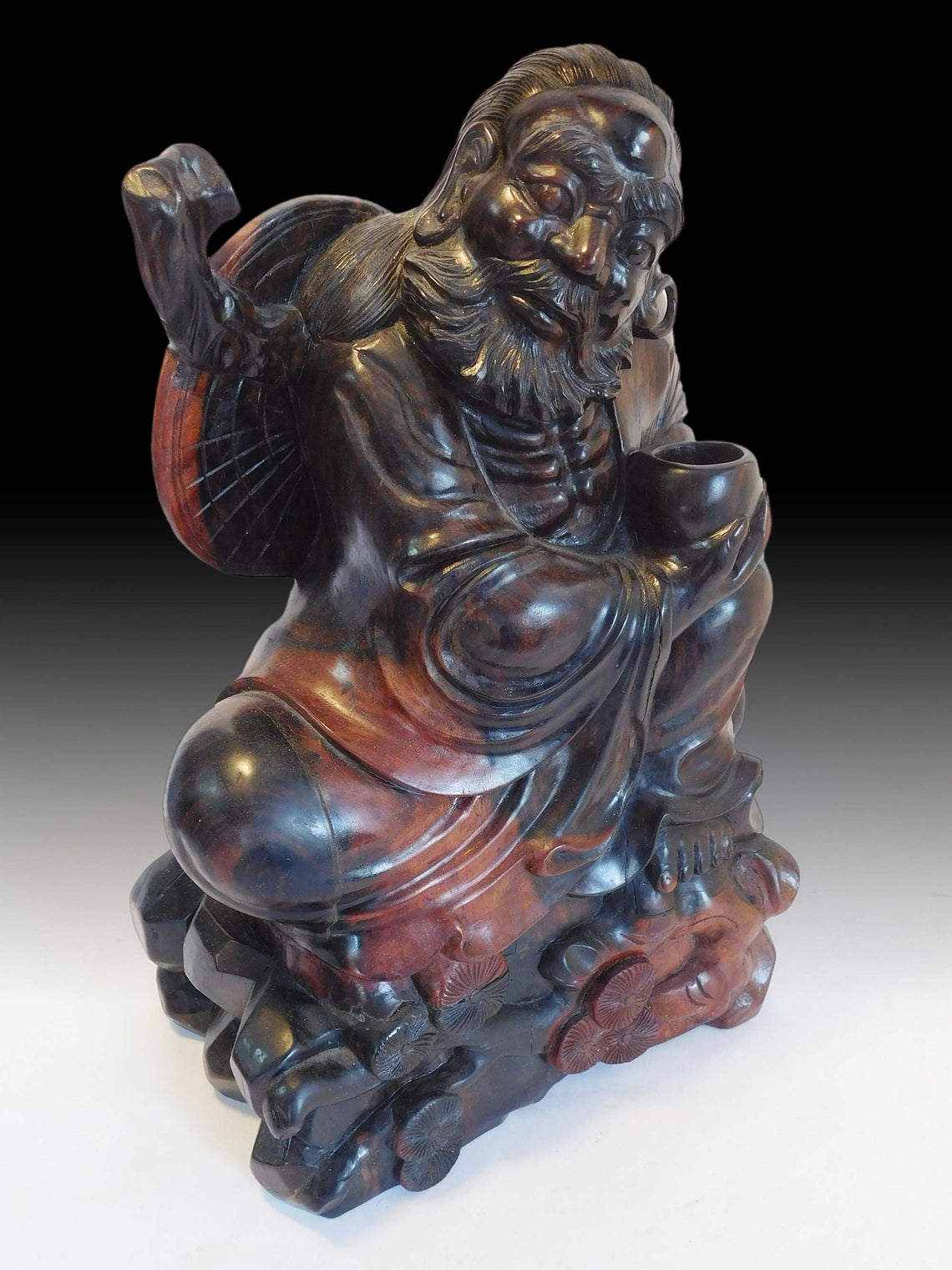 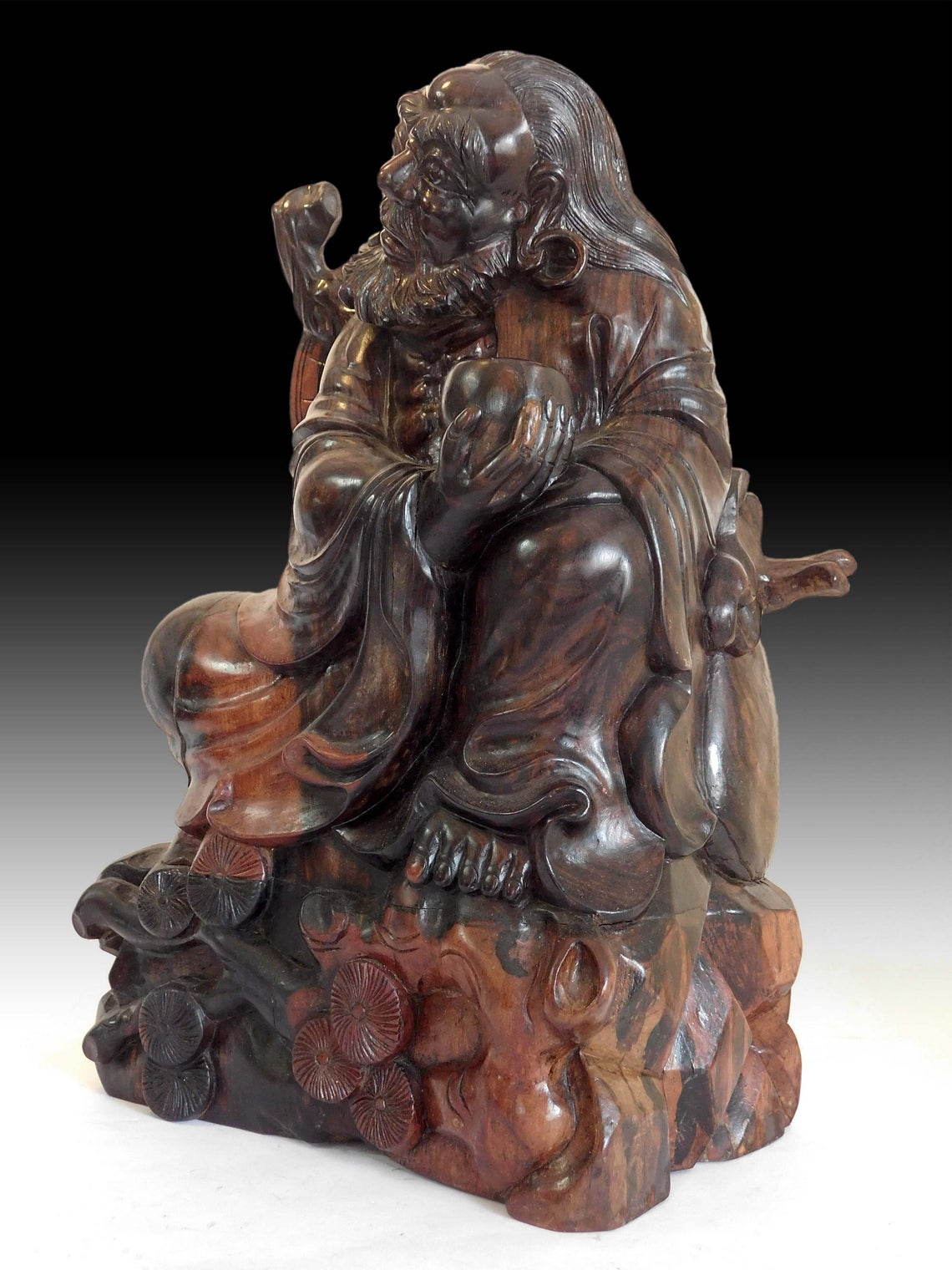 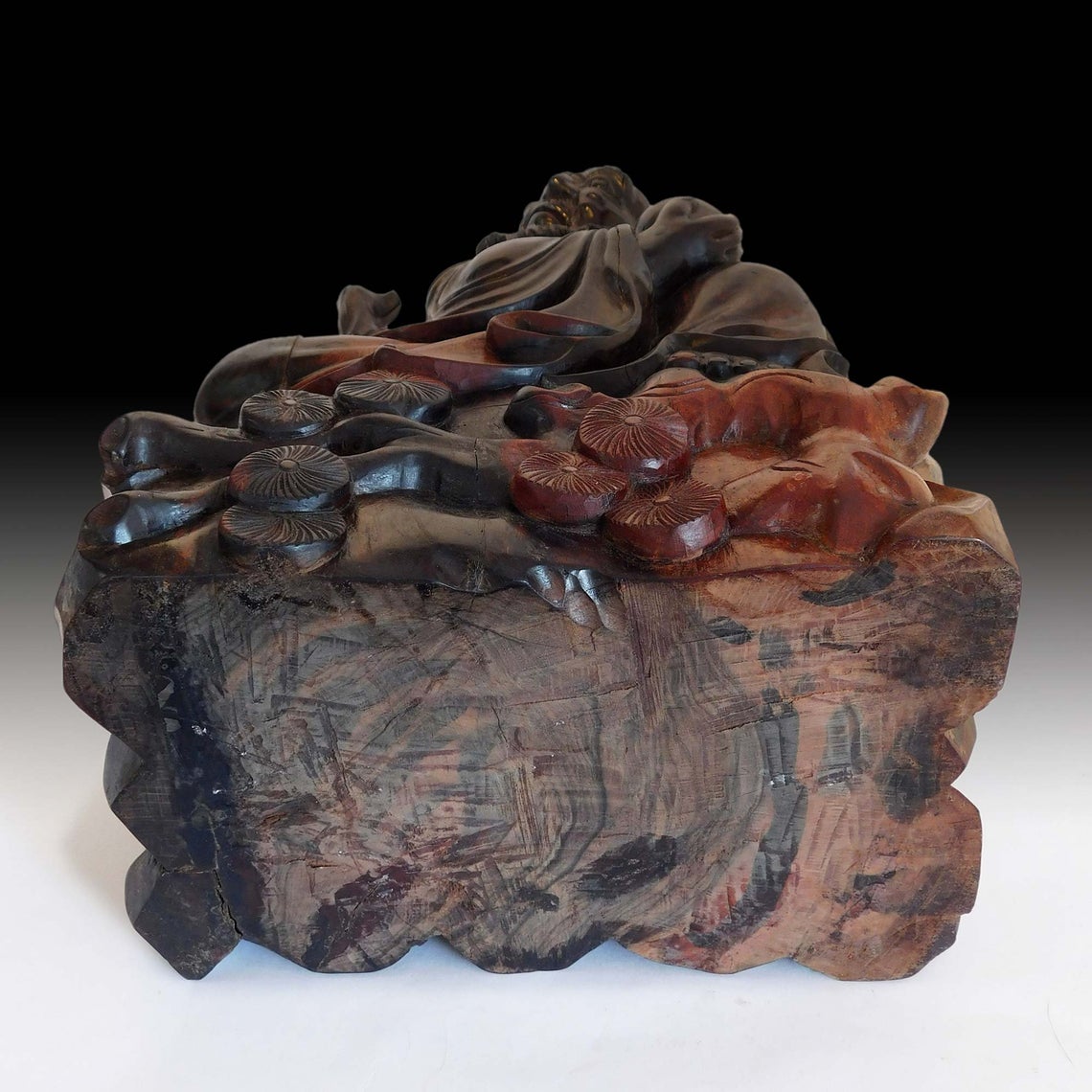 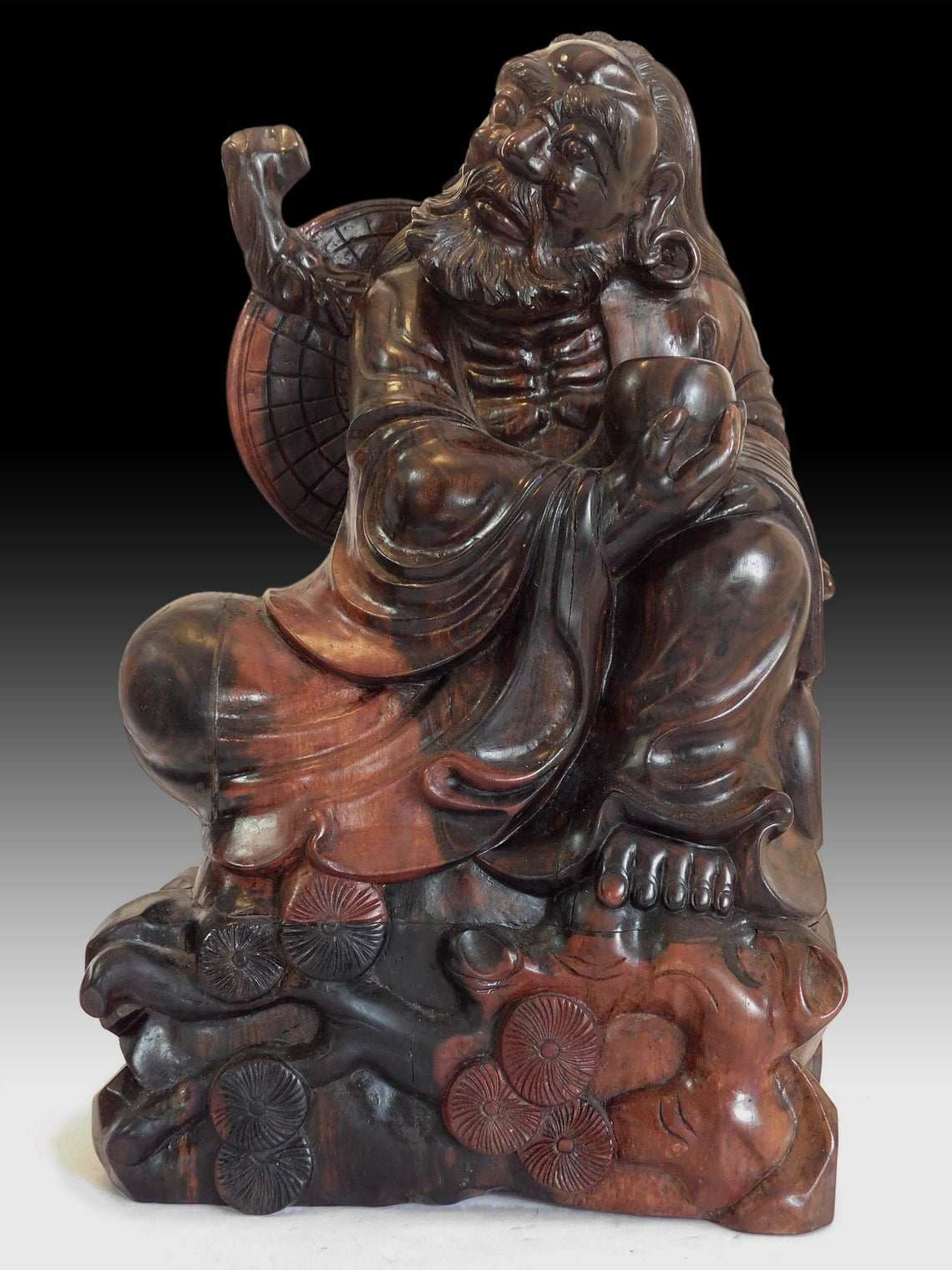 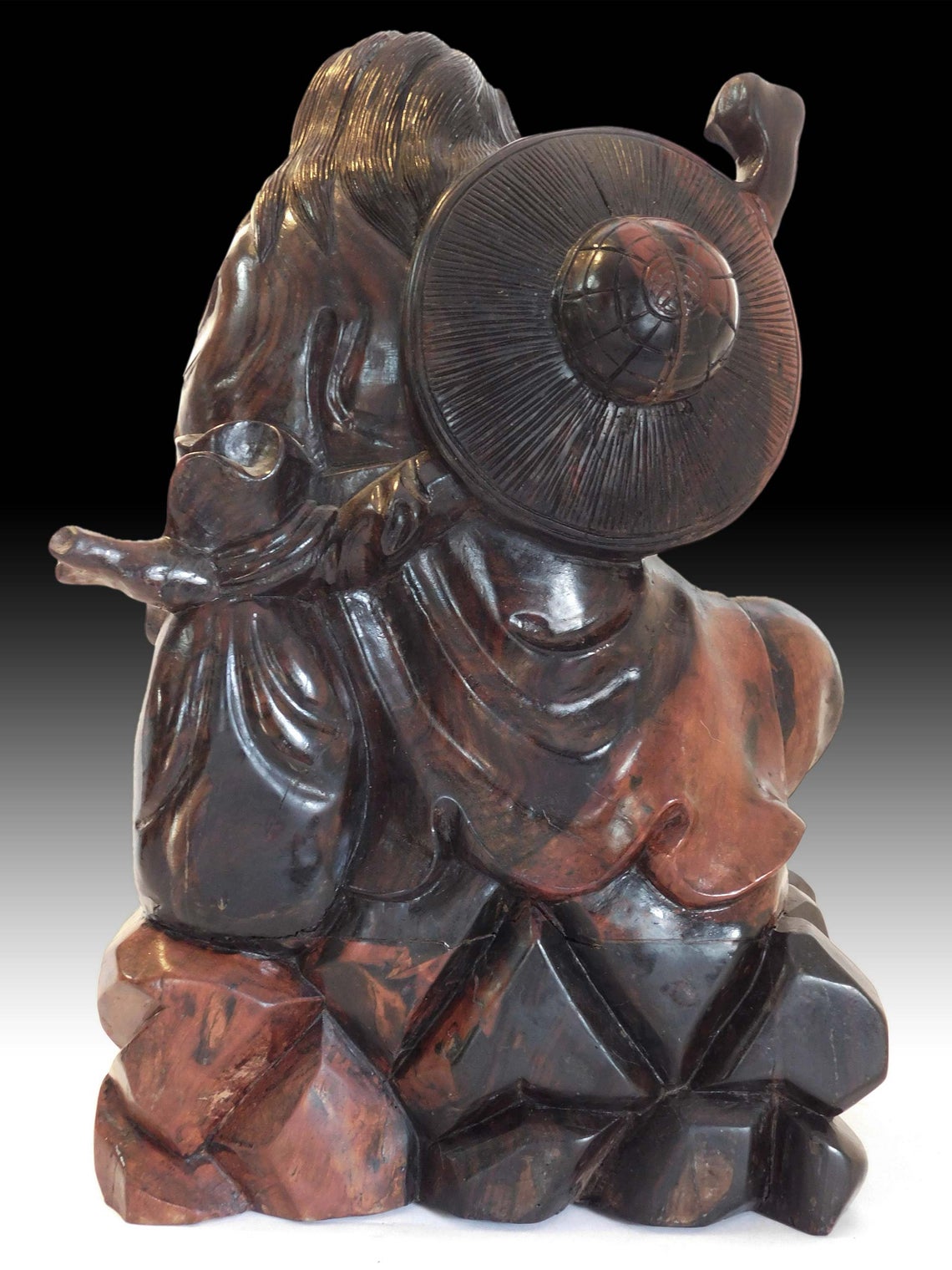 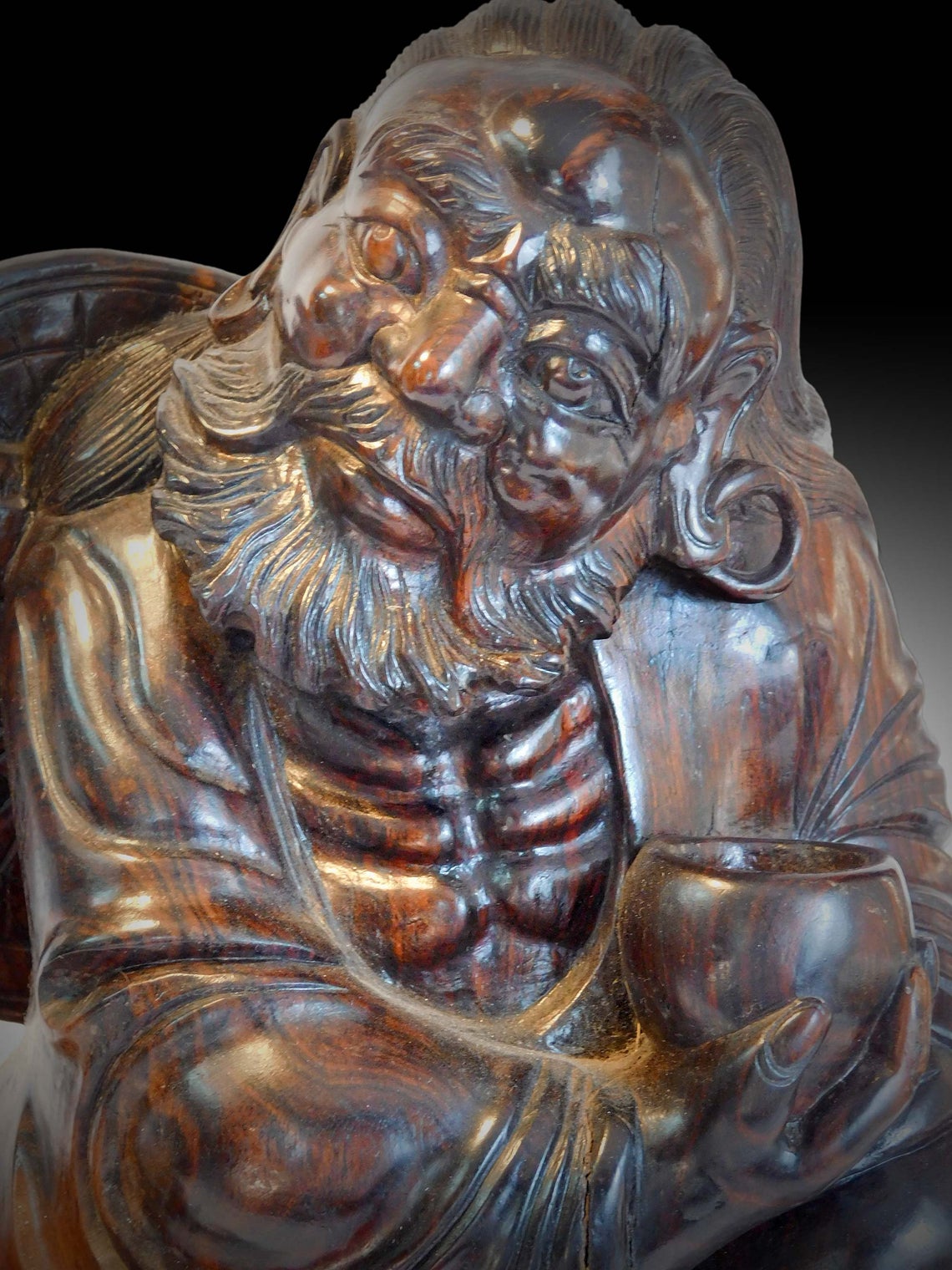