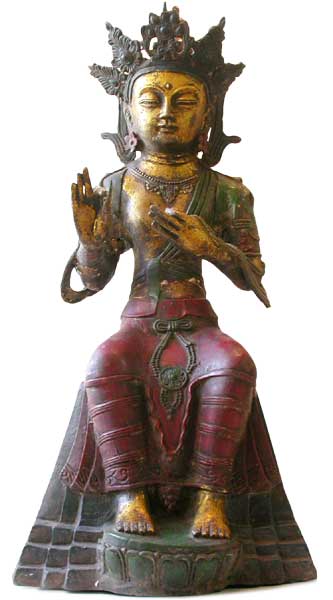 Archaistic Tibeto-Chinese Polychrome Gilt Bronze
Judging from the proportion, gesture and attributes of this gorgeous bronze, this large polychrome Maitreya Buddha is unmistakably Chinese in origin. However, his slim and elongated body sitting with both legs pendant in a benevolent pose (bhadrasana), and his hands poised in the dharmacackra mudra. This Buddha retained much elegance, and almost total resembalance shows in the 10th century Tibetan Maitreya prototype (Currently in the collection of The State Hermitage, Leningrad). Furthermore, Maitreya's Indian style costume, his unusually large and elabrate crown, the styles of jewels are indications of a time when Tibetan Buddhism began to exert its influence in China, which we tentatively attributed the sculpture to the Qing dynasty, possibly made around 17th -18th century. 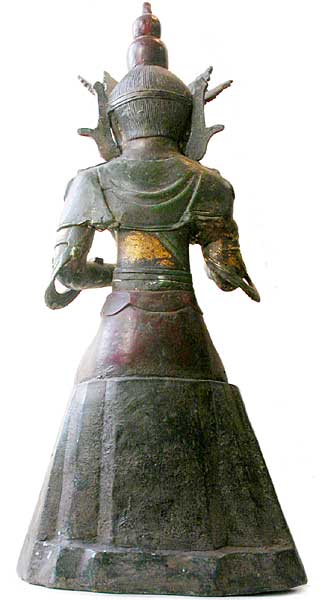 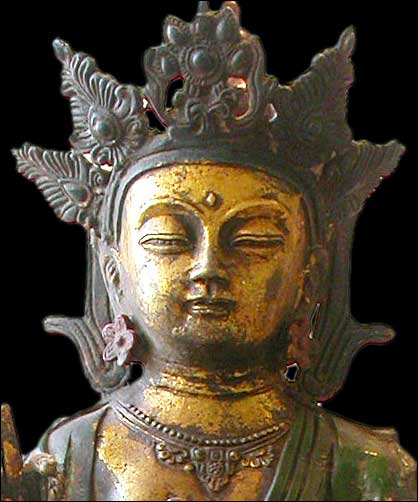